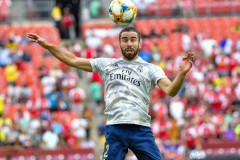 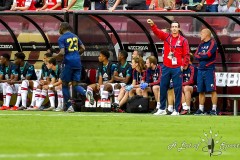 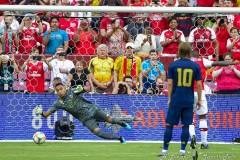 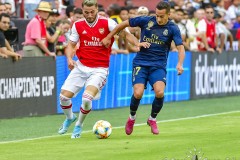 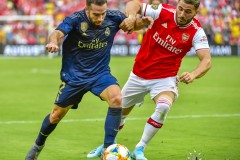 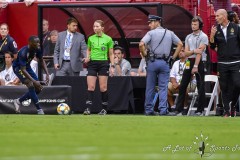 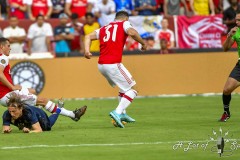 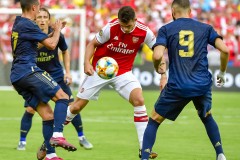 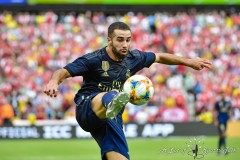 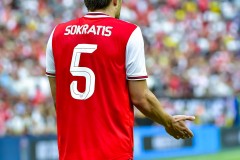 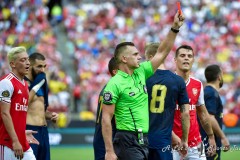 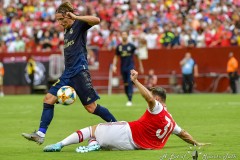 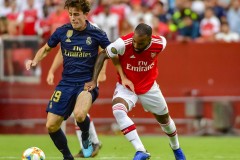 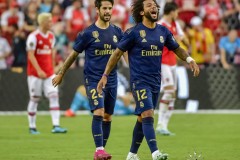 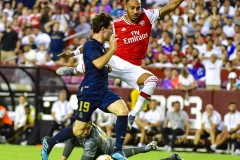 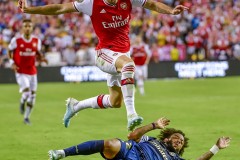 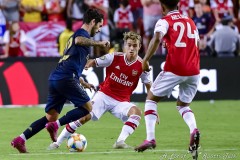 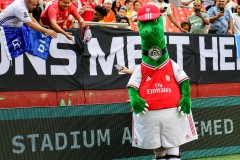 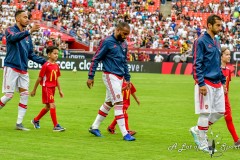 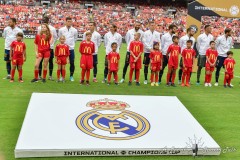 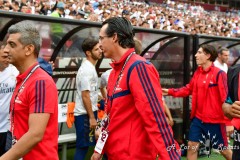 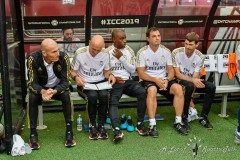 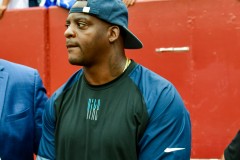 LANDOVER, Md. — Most games involving Real Madrid C.F. already come jam-packed with chockfull of storylines to rival the best telenovela. Playing almost 4,000 miles away from its headquarters on Tuesday, and in a game that would go down as only an exhibition match on paper, Los Blancos packed in the ups and downs of any European season into 90 minutes against one of the top teams in England.

Real Madrid came from behind to outlast Arsenal 3-2 in a game decided by a penalty shootout at FedExField just outside Washington, D.C. on Tuesday. Contested inside an arena that normally hosts an American football team, both clubs showcased immense talent and physicality rivaling the best American football teams, while throwing in plot twists that kept the over 52,000-plus fans in raptures until the final kick.

Both teams had a man sent off in the first half, with defender Nacho receiving a second yellow card just nine minutes in after a handball in the box on an attempted shot. Arsenal forward Alexandre Lacazette buried the spot kick perfectly, glancing the ball off of each post before settling past the goal line and behind Real goalkeeper Keylor Navas.

Lacazette then played a perfect back-heel pass to spring strike partner Pierre-Emerick Aubameyang loose, and the latter rounded past Navas before scoring to give Arsenal a 2-0 lead before a half an hour elapsed.

The score remained 2-0 at half before Real Madrid mounted a comeback, spurred on by a wave of substitutions to start the second half. One of the substitutes, forward Gareth Bale, has been in the news all summer after his agent and the club manager, Zinedine Zidane, have had a war of words as Zidane has made it clear that he would like Bale to move on from the club. Despite that, Bale got on the field and, soon after, cut Arsenal’s lead to one after poking home a rebound in the 56th minute.

Less than three minutes later, Los Blancos evened up the score when two subs combined on the left flank, with defender Marcelo setting up Marco Asensio with a first-time strike with his left foot that beat Arsenal goalkeeper Emiliano Martínez to his near post.

Both teams had glorious chances for the winner in regulation, including a shot from Isco that rang off the post and Eddie Nketiah of Arsenal not able to latch onto a long ball before Real Madrid goalkeeper came to intercept at the crucial juncture.

The low point of the game came when Asensio, who also helped to set up Bale’s first goal, went down with a non-contact injury to his leg and was in visible discomfort after hitting the ground. Early reports are that Asensio has ruptured his ACL and meniscus in his left knee.

Arsenal’s tour of the United States has ended while Real Madrid have a contest on Friday against Atlético de Madrid at MetLife Stadium in East Rutherford, N.J. on Friday night.

*Editor’s note: Above the byline is the photo gallery from Tuesday evening’s game, with all photos taken by DC-area photographer Yusuf Abdullah. After clicking on the first photo to enlarge the picture, make sure to press the left and right arrow buttons to scroll through the rest of the pictures. There are 23 pictures in total. 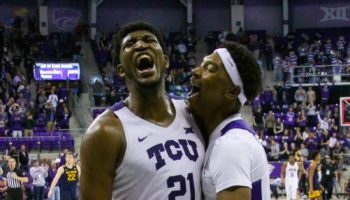