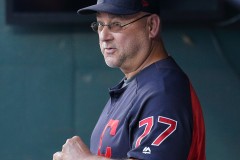 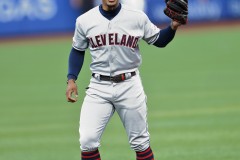 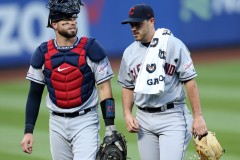 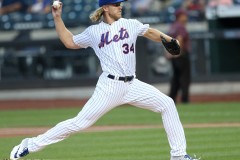 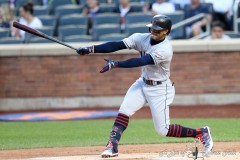 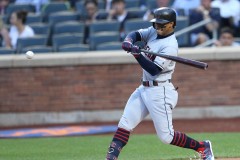 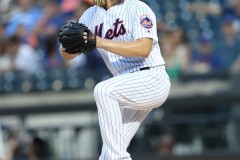 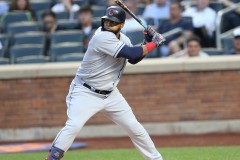 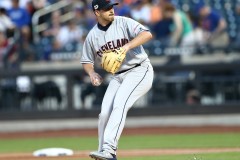 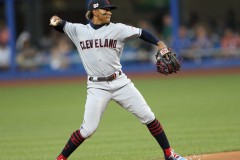 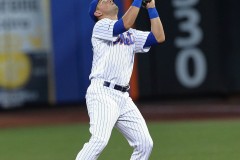 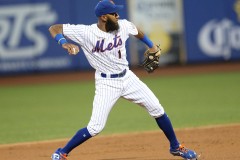 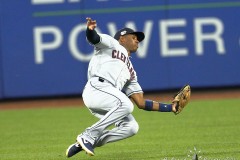 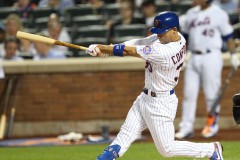 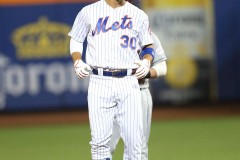 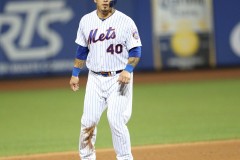 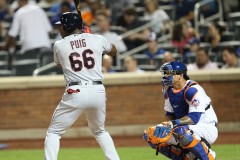 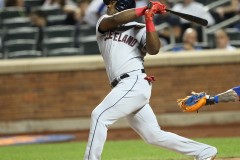 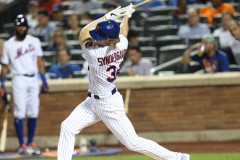 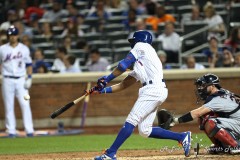 NEW YORK — The perfect beginning of a crucial home stand for the New York Mets almost concluded with a perfect ending, with no amount of inclement weather on Thursday having any chance to stop the team’s momentum.

The incessant rain did prevent the game from going a whole nine innings, but not before Noah Syndergaard worked six shutout innings and Wilson Ramos provided the only runs of the game with a two-run double in the fourth in a rain-shortened 2-0 victory over Cleveland that was called after eight innings due to rain.

Syndergaard’s first five innings were perfect as he retired the first 16 Cleveland batters before Tyler Naquin’s one-out single to center. A strikeout of opposing pitcher Aaron Civale and a single from Francisco Lindor put runners on first and second, a situation that turned out to be Cleveland’s best chance to score. Syndergaard was able to get out of the inning when first baseman Pete Alonso knocked down a grounder from Greg Allen before tossing to Syndergaard, who beat Allen to the bag by a half step to end the threat.

In his last five starts, Syndergaard has posted a 1.35 ERA to lower his overall ERA to a season-best 3.71.

“I was just really able to throw with a lot of conviction today,” Syndergaard said.

The end of the top of the sixth was the last full half-inning before the first rain delay, one that lasted two hours and 28 minutes. New York had scored the only runs of the game by then, both in the bottom of the fourth. Joe Panik singled to start the inning and advanced to third two batters later on a Michael Conforto double. Ramos then followed with a two-run double to right, giving the Mets to lead and extending his hitting streak to 16 games.

*Editor’s note: Above the byline is the photo gallery from Wednesday evening’s game, with all photos taken by ALOST senior photographer Robert Cole. After clicking on the first photo to enlarge the picture, make sure to press the left and right arrow buttons to scroll through the rest of the pictures. There are currently 20 pictures in total.