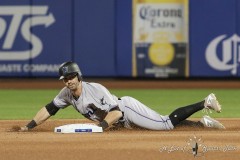 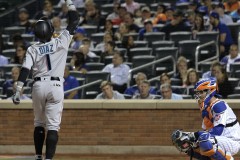 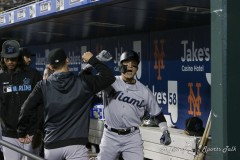 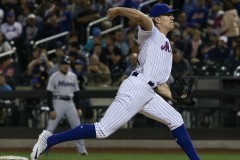 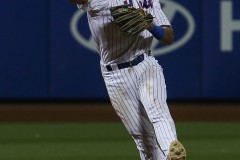 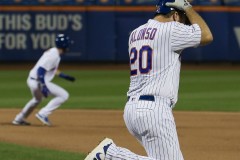 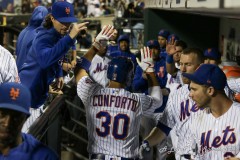 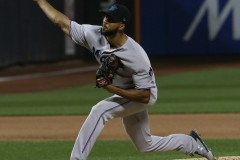 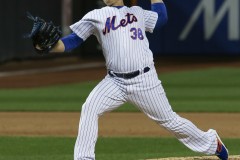 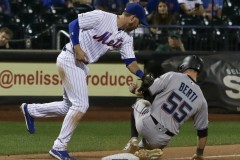 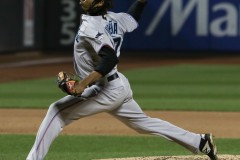 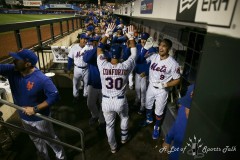 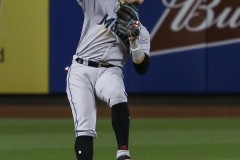 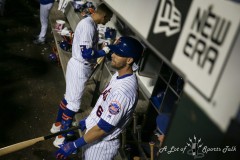 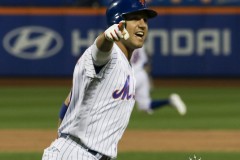 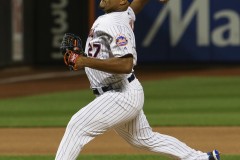 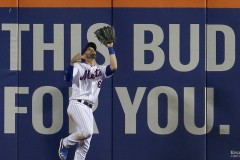 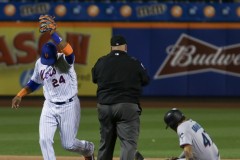 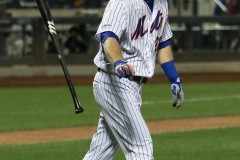 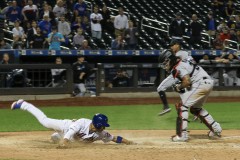 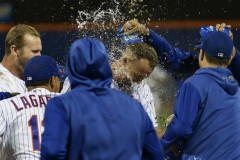 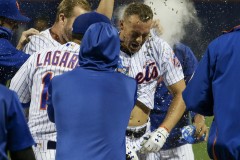 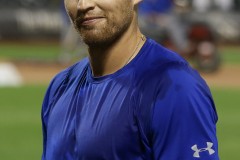 NEW YORK — As New York Mets outfielder Michael Conforto stepped into the batter’s box in both the seventh and ninth innings, the urgency of coming through in those pressure situations was spelled out in front him high over the left field wall. Two hits from Conforto that sailed over the right-centerfield wall ensued both times, keeping the New York Mets fleeting postseason hopes alive for another 24 hours.

Conforto slugged two 2-run home runs, including his game-tying clout in the ninth, to help set-up Brandon Nimmo’s walk-off bases loaded walk in the Mets’ 5-4 victory over the Miami Marlins on Tuesday night. The Mets remain five games back of the Milwaukee Brewers of the second and final Wild Card spot with five games remaining, making New York’s path to the postseason next to impossible to successfully navigate.

But the Mets remain alive after Tuesday because of the heroics of Conforto, who admitted to scoreboard watching as he knew that not coming through would move the Mets one step closer to elimination after both the Brewers and Washington Nationals, who clinched a Wild Card spot, won their games tonight.

“We’re trying to focus on our game, but [the out-of-town scores] are up there, over the third deck,” said Conforto, who recorded his sixth career multi-homer game. “We’re aware, but it’s not like it’s going to change the way we play the game. We’re going to play to win, no matter what our playoff chances are. I think that’s the attitude of everybody in here.”

Going into the ninth down 4-2, J.D. Davis started in the inning with a single to center field off of Marlins reliever Jose Ureña. Conforto followed, and he sent a 1-2 pitch five rows into the bleachers in right-centerfield to tie the game and keep the postseason dream just about alive. The start of the inning was similar to the Mets’ two runs in the seventh, when Davis started the inning with a double before Conforto connected on a 2-run homer on a two-strike count, off of Marlins starter Sandy Alcantara, to cut New York’s deficit in half at 4-2.

“He gets one good swing and then he can be the best hitter in the league,” Mets manager Mickey Callaway said of Conforto. “We’re seeing that right now. Something clicks for him, and then he goes off. Good timing, and we needed it tonight.”

Conforto started the rally that ended the game in the 11th, reaching on a walk to begin the frame before a a hit by pitch of Amed Rosario and a wild pitch loaded the bases. Wilson Ramos then grounded into a force out, with Conforto retired at home on the play, for the first out.

Nimmo then drew a walk from reliever Jeff Brigham to score Rosario and give New York its biggest come-from-behind win of the season.

Miami was able to push across four runs off Mets starter Noah Syndergaard with timely hitting and relentless baserunning. Marlins second baseman Isan Díaz hit the first pitch of the second inning over the wall in left to open the scoring before Jon Berti’s two-out single scored Austin Dean from second to double Miami’s lead in the inning. Diaz added a two-out RBI single in the third inning to give the Marlins a 3-0 advantage.

Syndergaard, who had allowed a league-high 38 stolen bases coming into tonight, gave up four more thefts tonight as Miami collected six steals as a team – four alone by Berti.

Syndergaard, who allowed four runs while striking out seven, gave way to the Mets bullpen after five innings, and New York’s relief proceeded to keep the team in the game by throwing six scoreless innings while allowing a combined one hit.

*Editor’s note: Above the byline is the photo gallery from Tuesday evening’s game, with all photos taken by ALOST photographer Arturo Holmes. After clicking on the first photo to enlarge the picture, make sure to press the left and right arrow buttons to scroll through the rest of the pictures. There are currently 23 pictures in total. 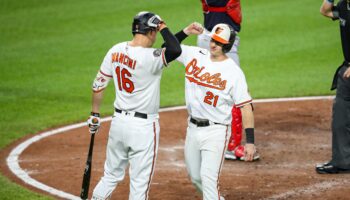 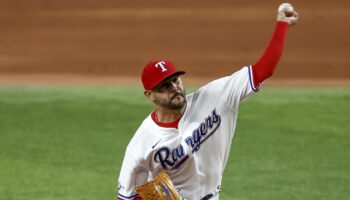 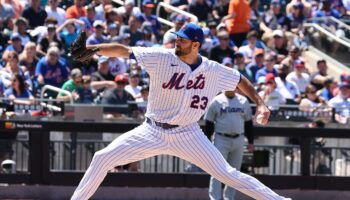