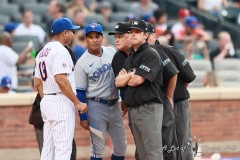 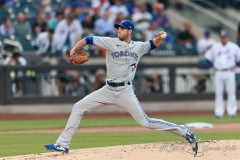 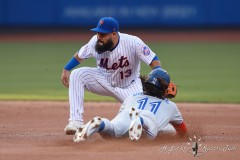 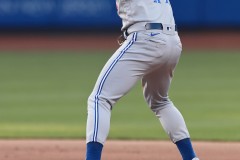 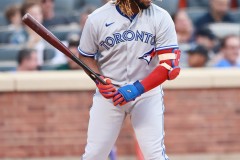 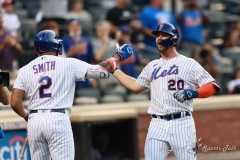 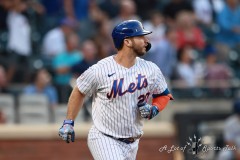 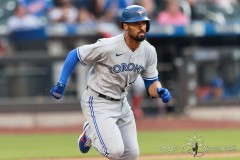 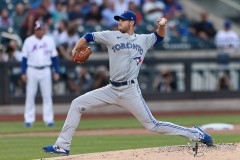 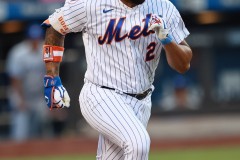 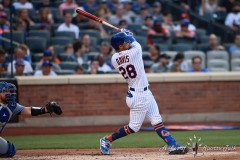 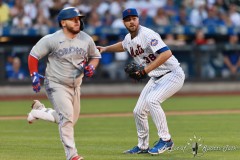 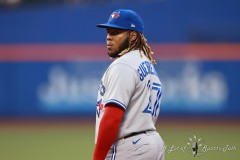 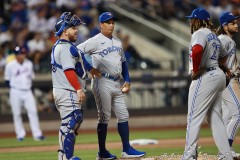 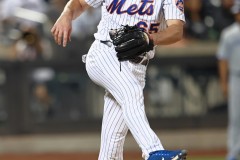 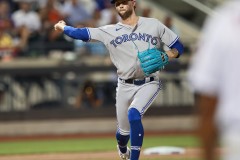 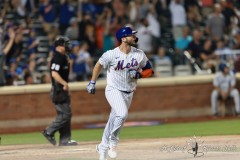 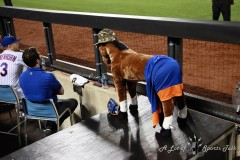 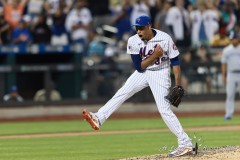 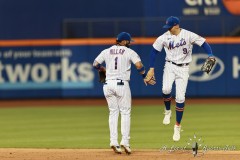 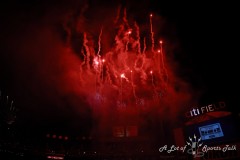 NEW YORK — Soon after arriving in the dugout after his first of two home runs on Friday night, New York Mets slugger, the animated and charismatic soul of the team, made sure to show some love to the inanimate object that may very soon be the team’s good luck charm after its debut in the Mets dugout tonight.

Or, to put it quaintly, the Polar Bear meets the Home Run Horse.

Alonso drove in all three of the Mets’ runs with a two-run shot in the first — off of former teammate Steven Matz — and a solo blast in the eighth as the Mets defeated the Toronto Blue Jays 3-0 at Citi Field in the first of a three-game weekend series. Rookie starter Tylor Megill, in his sixth career start, went six shutout innings to earn his first-ever Major League victory.

McGill’s counterpart on the mound, Matz, was making his first start against the Mets after six seasons as a big leaguer with New York, and though the video tribute and warm applause as Matz threw his warm-up tosses before the first highlighted a warm welcome, Alonso greeted his former teammate pretty rudely by smacking a 1-1 pitch into the left-field bleachers to give New York a 2-0 lead after the first two batters. Brandon Nimmo, who walked before Alonso’s homer, and Dom Smith, the on-deck hitter, greeted Alonso after trotting around the bases, but the Polar Bear also had some dap to give to New York’s latest, err, acquisition: a stuffed horse adorned with a camouflage hat and tiny glove.

Secretariat nor Mr. Ed it is not, but as long as the horsepower from Alonso’s bat continues to hum along, as his league-leading 10 home runs since June 28 suggests that it might, then the equine presence in the dugout may end up being much more than a dog-and-pony show.

Megill showed no ill-effects from leaving his last start — one in which he allowed no runs in six innings — in line for his first big league victory before the Mets blew a 6-0 lead in the eighth in Pittsburgh in a 9-7 heartbreaking loss. Having not pitched above Double-A before this season, Megill has been the glue holding together a starting rotation that has been without Jacob deGrom, Noah Syndergaard, Carlos Carrasco, David Peterson and Marcus Stroman at some point in the season because of injury, and his best outing came tonight against a powerful Blue Jays lineup, allowing just two hits and a walk while striking out five innings. To boot, Megill also recorded his first Major League hit in the fifth.

Though the Mets rotation is getting healthier with each passing day, with deGrom, Carrasco set to come back from injuries soon and recent acquisition Rich Hill arriving this weekend, Megill appears to be going nowhere. Well, nowhere except for back on the bump every fifth day for the Metropolitans.

“He’s here, and he’s here to stay,” said Mets manager Luis Rojas. “He’s doing what we’ve asked of him and a lot more.”

After the rocky first inning, Matz went on to put up another solid outing,

*Editor’s note: Above the byline is the photo gallery from Friday evening’s contest, with photographs taken by ALOST senior photographer Robert Cole. After clicking on the first photo to enlarge the picture, make sure to press the left and right arrow buttons to scroll through the rest of the pictures. There are 21 pictures in total.