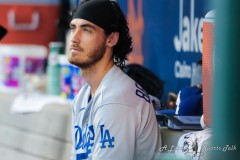 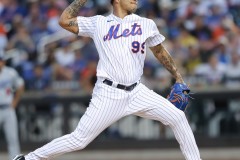 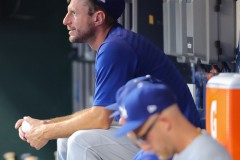 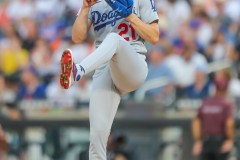 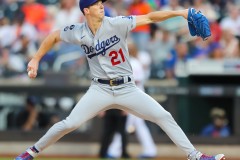 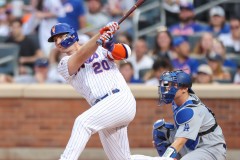 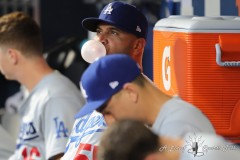 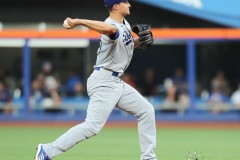 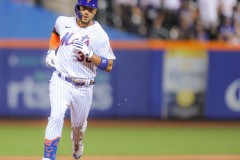 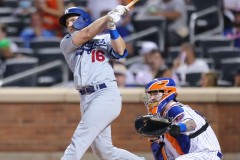 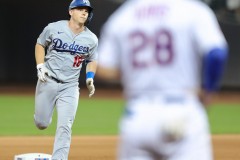 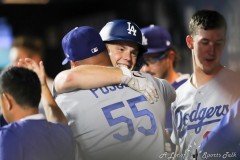 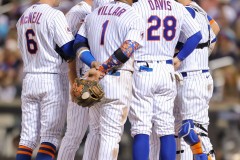 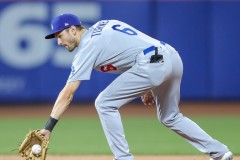 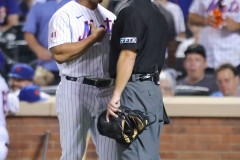 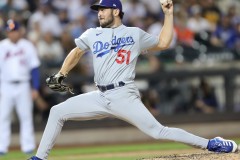 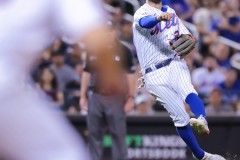 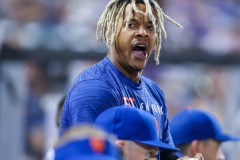 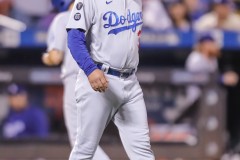 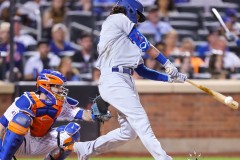 NEW YORK — For the majority of Saturday night’s game, the Los Angeles Dodgers’ offense was tied in knots, so much so that it was realistically staring down being on the losing end to possible baseball history in the face. Thanks to Cy Young-caliber pitching of Walker Buehler and timely swings from Will Smith and Cody Bellinger, the Dodgers sure made their paucity of offense count.

Smith broke up the no-hit bid of Mets starter Taijuan Walker with a game-tying solo home run with one out in the seventh inning, and Bellinger’s run-scoring single in the top of the 10th inning capped off the Dodgers’ come-from-behind 2-1 victory against the New York Mets at Citi Field. Those swings accounted for half of the Dodgers’ four hits on the evening, and the win marked their second consecutive victory in extra innings after going into this series 1-12 in such games this season.

In a matchup of two All-Star pitchers, the surnamed Walker held the Dodgers without a hit through the first six innings, and when he induced a double play grounder from the speedy Trea Turner to end the sixth and keep the Mets’ slim 1-0 lead in tact, history was just nine outs away.

With just eight outs to play with, Smith launched a deep drive into the second deck in left field to break up the no-hitter and tie the score in one fell swoop. Walker then allowed two of the three ensuing hitters to reach base on a double (Corey Seager) and a walk (Chris Taylor), prompting the Mets to relieve Walker with left-handed specialist Aaron Loup — who struck out Cody Bellinger with runners at the corners to end the threat and keep the score at 1-1.

In Bellinger’s next at-bat, he made up for his empty trip in the seventh by lining a double down the right-field line to score the free runner, Corey Seager, to give Los Angeles just its fourth hit…but its first lead.

“I think everyone knows what’s on the line, what’s on the table,” said Bellinger, the 2019 National League MVP who came into the game batting a paltry .180. “We just try and take care of our business and that’s the only thing we can control.”

Buehler surely took care of business on the mound, with his only mistake coming in the fourth inning when Michael Conforto smacked a solo home run to right for the game’s first run. Now the Major League leader in ERA among qualified starters (2.09), Buehler allowed just one run and struck out 10 in seven innings. In his final frame of the night, Buehler wiggled out of a jam that started when he allowed a double to J.D. Davis and walked Jonathan Villar to start the seventh inning. From there, Buehler struck out both Tomas Nido and pinch hitter Travis Blankenhorn before inducing a pop foul out from Brandon Nimmo to the catcher, with Smith making a running catch right before reaching the Dodgers’ dugout.

“There’s a switch that goes on with the great ones. I think [Buehler] understood where he was at in the lineup, where he was at with his pitch count and he was smelling the finish line,” said Dodgers manager Dave Roberts. “Guys like that just have a way of turning it up a dial and he did that tonight, which he’s done time and again.”

Though Taijuan Walker’s bid at history — let alone a victory — fell short, he put up second consecutive solid outing after a dreadful beginning to the second half of the season that saw him go 0-3 with a 12.00 ERA in his first four starts after the All-Star Break, allowing 26 hits and seven home runs in 15 innings in the process. Walker said that he knew something special was brewing by the time he reached the fifth inning.

“You see the scoreboard and stuff,” Walker said. “I just wanted to keep going out there and do what I was doing. I kept pounding the strike zone and put the ball in play.”

*Editor’s note: Above the byline is the photo gallery from Saturday evening’s contest, with photographs taken by DC-are photographer Clifford Ray Williams. After clicking on the first photo to enlarge the picture, make sure to press the left and right arrow buttons to scroll through the rest of the pictures. There are 20 pictures in total.