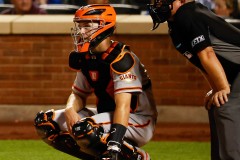 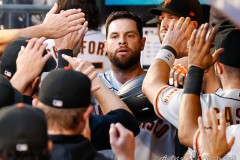 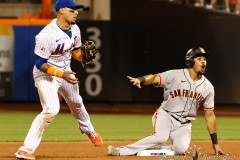 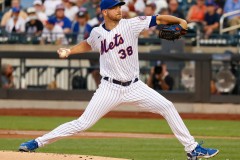 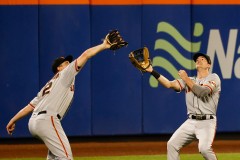 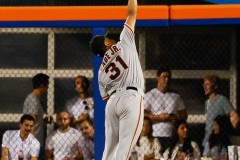 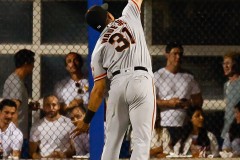 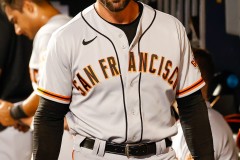 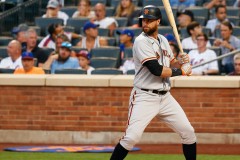 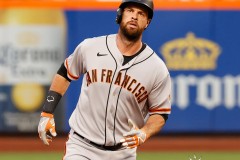 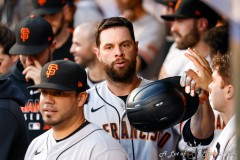 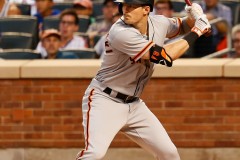 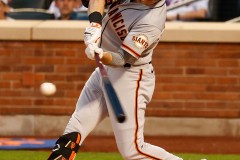 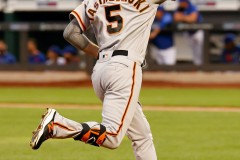 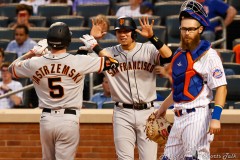 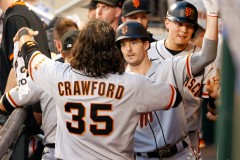 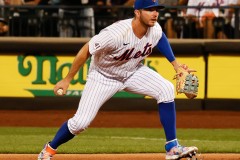 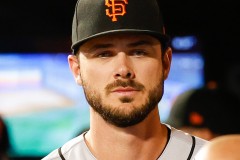 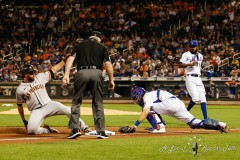 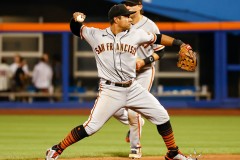 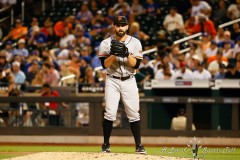 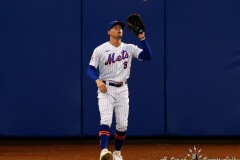 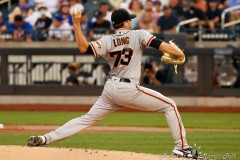 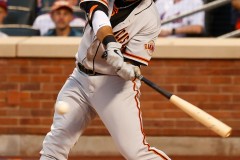 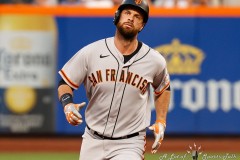 NEW YORK — The two powerful swings from Giants first baseman Brandon Belt that helped lead San Francisco to victory on Monday night meant much more than three runs in total; those swings were the reasons he was out on the field on an emotion-filled day where he lost a dear family member and one of the biggest supporters during his standout career.

After hearing the news that his grandmother, Margaret Peterson, passed away earlier in the day, Belt hit two home runs — half of the homers the Giants slugged — in an 8-0 victory over the New York Mets at Citi Field on Tuesday night to begin a six-game East Coast road trip. Sammy Long went the first 5.1 innings for the Giants as four pitchers combined on the five-hit shutout.

Understandably so, Belt admitted that he was in a daze all day upon learning of his grandmother’s passing, which he said after the game was COVID-related. He leaned on his Giants family and his family at home to help come to the realization that the best way to remember his grandmother on this day was to play.

He played, and surely made his grandmother proud one more time.

“I sent a text to my wife and parents and told them I was struggling a little bit,” Belt said. “My dad reminded me that she would have told me to go out there and try to do the best that I really could. I really wanted to do that for her. Let her know that I appreciate her for everything and that I love her.”

Belt shared after the game that he was not sure if her grandmother (on Belt’s mother’s side) grew up as a baseball fan, but became Brandon’s biggest supporter when he was starting his journey in the game of baseball, one that has seen him win two World Series championships and become an All-Star selection in 2016.

“She was always proud to brag about me to her friends. She and my grandfather helped me early on in my baseball career, able to afford for me to go to these showcases in high school,” Belt said. “They played a huge role in where I am today. It’s a tough day and it’s part of life. I can honor her the best by playing the best I can for the rest of the season.”

Belt was placed second in the batting order, and on his second swing of the night, he lifted a towering drive to center field off of Mets pitcher Tylor Megill that landed on the Citi Field home run apple to give the Giants the only run they would end up needing in the contest. Statistically, the home run was Belt’s 18th long ball of the season, but, given what he and just a few other people knew in the stadium at that time, it felt as if a sense of divinity had taken over.

“I couldn’t help but feel that something powerful was at play when he hit that first home run,” Giants manager Gabe Kapler said. “I thought it was really powerful. I don’t have the right words here, but Brandon gets all of our support and really feeling for him right now.”

Mike Yastrzemski and LaMonte Wade Jr. hit two-run home runs — in the second and fourth innings respectively — to give San Francisco a 5-0 advantage. After Wade’s homer, Belt went the opposite way to left and cleared the fence to claim his two-homer night. He ended the night 4-for-5, and drove in his third run with an infield single in the eighth inning to complete the game’s scoring.

Long pitched into the sixth inning and allowed just three hits while striking out four in 5.1 innings pitched. San Francisco, which came into the game with a league-leading 3.16 team ERA in away games this season, got 3.2 innings of scoreless relief to complete the team’s 14th shutout — and seventh coming on the road.

In a stop-and-start season where he has dealt with multiple injuries and stints on the injured list, as well as having to spend time away from the team after contracting COVID earlier, Belt admitted that he was in a daze when going through batting practice, mostly doing so while wearing a black “End The Stigma” mental health awareness t-shirt. What Belt then produced later in the day, when his manager and team were more than willing to give him all the time he needs to grieve, was nothing short of remarkable. It also is something that Margaret Peterson surely would have bragged about to everyone within earshot of her afterwards.

“He just looked locked in,” Kapler said, “and that’s amazing given what he experienced today.”

*Editor’s note: Above the byline is the photo gallery from Tuesday evening’s contest, and after clicking on the first photo to enlarge the picture, make sure to press the left and right arrow buttons to scroll through the rest of the pictures. There are 25 pictures in total.