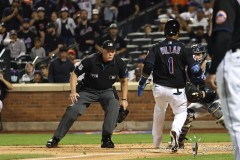 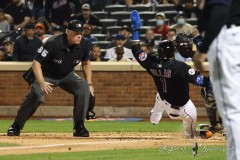 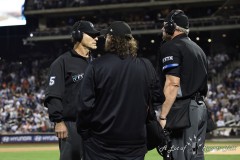 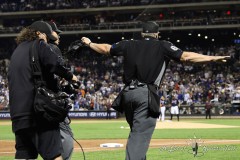 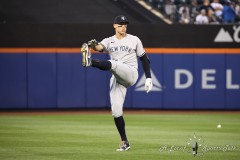 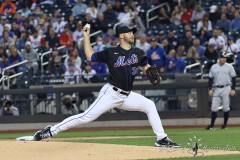 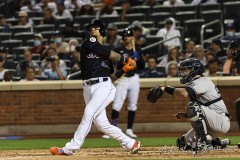 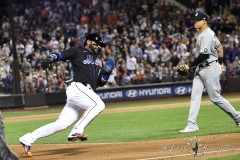 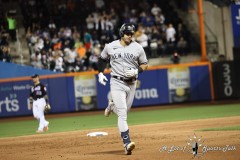 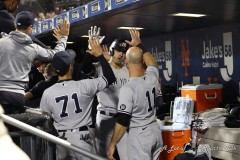 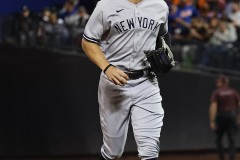 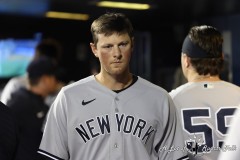 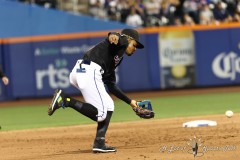 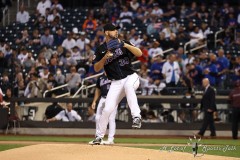 NEW YORK — In the most advantageous situation to come up to the plate with, the New York Mets have struggled mightily when the bases have been loaded, just as was the case in the third inning of tonight’s game against the New York Yankees. Given the Mets’ propensity for profligacy at the plate all season, they would have taken anything to bring in those ducks on the pond and produce the big innings that would make a number of games not have to be cliffhangers.

On Friday, the Mets’ offense literally did anything to get those runs in, and it was more than enough. New York used a walk, an error and a bunt single as part of a five-run third inning on their way to a 10-3 victory over the Yankees at Citi Field. Javier Báez went 3-for-4 with two runs batted in and Tylor Megill allowed just two runs and struck out a career-high 10 batters in seven innings of work.

Down 2-1 in the bottom half of the third, the Mets loaded the bases off Yankees starter Jordan Montgomery on a single by Jonathan Villar and walks to both Francisco Lindor and Michael Conforto. Pete Alonso, who came in batting .130 with the bases loaded this season, then got the merry-go-round started on the bases when he forced a walk to drive in a run and tie the game. The next batter, Báez, hit a sharp ground ball that third baseman Gio Urshela fielded cleanly, but his throw from his knees toward home was wide of catcher Gary Sanchez, allowing Lindor to score and put the Mets in the lead for good.

Jeff McNeil then stepped up, and he proceeded to do something that has not been done by a Met in 26 years — bunt for a base hit with the bases loaded. A perfect drag bunt on the first pitch he saw went past the pitcher on the first base side and opened up a 5-2 advantage. A sacrifice fly from Kevin Pillar and, after Báez was picked off from second, a James McCann double capped the five-run outburst, with McCann’s drive to left the only base hit in the inning that left the infield.

Megill continued to excel in each start that extends him longer than at any other season he’s had in professional baseball. The seven innings were a career-high, and only allowed a single run in the first on a ground out and a Joey Gallo solo home run in the second.

The Yankees, who were comfortably in one of the Wild Card spots just one week ago, have lost their seventh straight game, and sit just a half game ahead of the Toronto Blue Jays — who swept the Yankees in four games at Yankee Stadium earlier this week — for the second Wild Card spot.