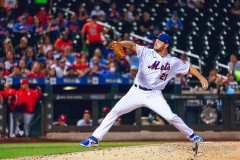 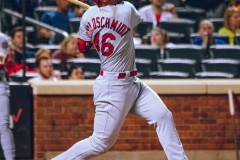 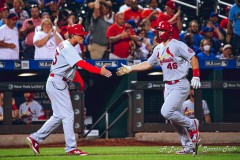 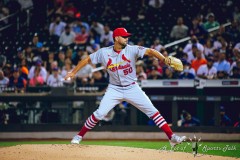 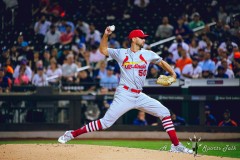 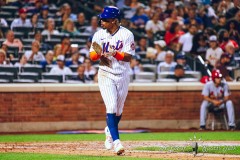 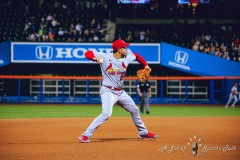 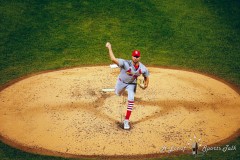 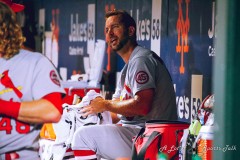 NEW YORK — St. Louis Cardinals starter Adam Wainwright found himself in trouble a number of times while on the mound in Queens, similar to the situation — and exactly in the same part of the country — where he first made a name for himself 15 years ago in what has turned out to be a stellar career. Once more, Wainwright’s signature curveball and mound savvy got him out out of trouble and into the win column.

Wainwright continued to roll back the years on Monday, pitching six scoreless innings as the Cardinals continued their push toward a playoff spot with a 7-0 win over the New York Mets at Citi Field. Paul Goldschmidt hit his 25th home run of the season in the fifth inning, adding to the single runs that St. Louis’s offense scored in the second and third innings that ended up being more than enough for the Cardinals pitching staff before it tacked on late.

No Mets fan can espy Wainwright without immediately thinking about one of the most painful moments in team history, when Wainwright, a rookie at the time, struck out Carlos Beltran looking on a snapping curveball with the bases loaded that ended the 2006 National League Championship Series at Shea Stadium. Now 40, Wainwright is having a renaissance as he chases down what would be a an unlikely Cy Young Award.

Like that ninth inning in 2006, when he navigated around two hits and a walk to close out the Mets on the Cardinals’ way to winning the World Series that year, Wainwright pitched into and out of trouble today. In the first, Wainwright allowed a single to start the game to Jonathan Villar and, after retiring the next two batters, walked both Pete Alonso and Javier Báez to lead the bases. Of course, Wainwright ended up getting out of the bases loaded jam with a strikeout, as he punched out Jeff McNeil to end the Mets’ best scoring threat off of the Cardinals’ hurler.

The bottom of the fifth saw Wainwright give up a one-out double to pinch-hitter Dominic Smith, see Smith move to third on a passed ball one batter later and issue a walk to Francisco Lindor. Michael Conforto hit a sharp line drive right at Goldschmidt to end the inning.

St. Louis reliever Alex Reyes found himself in an even bigger jam in the eighth inning, walking Lindor before allowing a single to Conforto to set up runners on first and third for the Mets with no outs and down 3-0. Reyes proceeded to strike out the heart of the Mets order, getting Alonso, Báez and McNeil to go down swinging.

*Editor’s note: Above the byline is the photo gallery from Monday evening’s contest, with photos taken by ALOST photographer Roberto Carlo. After clicking on the first photo to enlarge the picture, make sure to press the left and right arrow buttons to scroll through the rest of the pictures. There are nine pictures in total.