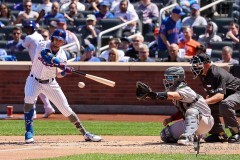 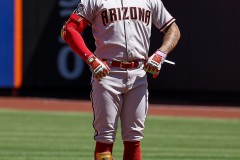 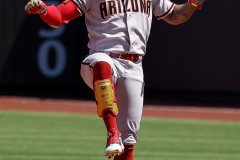 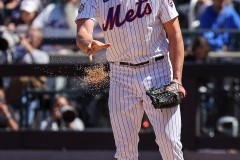 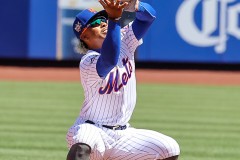 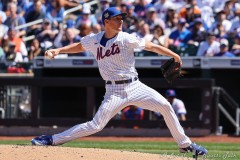 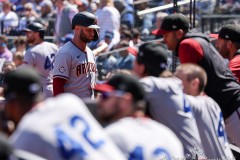 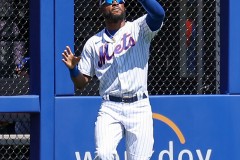 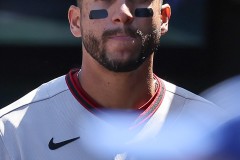 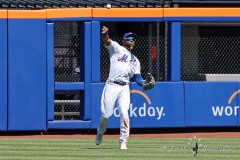 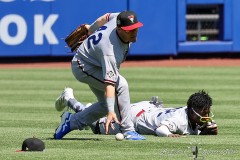 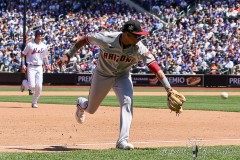 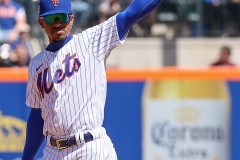 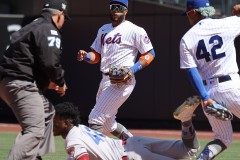 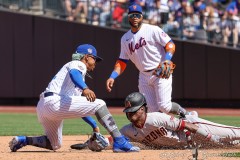 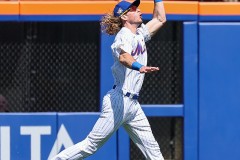 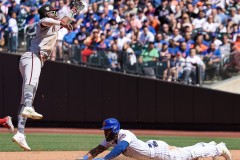 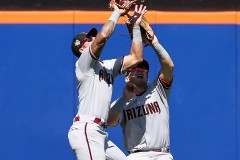 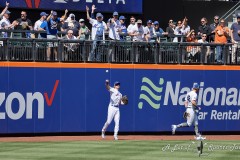 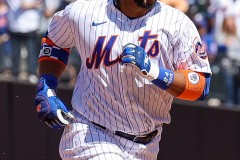 NEW YORK — New York Mets shortstop Francisco Lindor is getting the rare chance to go on a second honeymoon, of sorts, to start 2022, and the love Mets fans showed him after another productive day at the plate today signals a much stronger marriage than the bumpy road that was 2021.

Lindor smacked two home runs, one from each side of the plate, on his way to three hits while new Met Starling Marte also had three hits — including his first home run as a Met — as New York defeated the Arizona Diamondbacks 10-3 in the Mets’ 2022 home opener. Another new member of New York, Chris Bassitt, had another strong start in going six innings and allowing just one run on two hits.

Today’s home opener also was the day where a statue of the franchise’s greatest player, Hall-of-Fame pitcher Tom Seaver, was unveiled during a pregame ceremony at the plaza located in front of Citi Field, allowing Mets fans of vintage and present-day to honor “The Franchise.” Those same fans were far from waxing poetic on Lindor in his debut season in the Big Apple, where his season-long struggles at the plate, along with a thumbs-down potshot directed at the disapproving fanbase midway through the year, became the lightning rod for Mets fans to aim their frustrations at for a once-promising season turned rotten in August and September.

Almost every swing this season so far has acted as an eraser, and, in the fifth inning, Lindor worked the count full before turning around a Kyle Davies pitch and lifting a home run over the right field wall for a two-run shot and a 5-0 New York lead, breaking the game open.

To put a cap on a special day for the franchise, Lindor, batting right-handed, hit his second home run to cap a four-run eighth inning and give New York a 10-1 lead.

Marte preceded Lindor’s second homer in the eighth with a three-run home run to give New York an 8-1 lead and Marte his first home run in the blue and orange. Showing that his presence in the lineup might be the most impactful this season, in being a table-setter for Lindor and Pete Alonso, Marte also singled in the fifth immediately before Lindor’s first homer.

Along with going 3-for-5, Marte also stole his second base of the season. New York now has seven stolen bases in the first eight games of the season, a number that New York did not reach until May 8 of last season, in the team’s 29th game.

Arizona, who’s won both its games on the last at-bat, struggled against Bassit, with Daulton Varsho’s home run to lead off the sixth inning the only real dent in Bassitt’s outing. Varsho and Ketel Marte, who had a double off of Bassitt, each went 1-for-4, with designated hitter Seth Beer the only other Diamondback to record a hit in the afternoon.

*Editor’s note: Above the byline is the photo gallery from Friday afternoon’s contest, and after clicking on the first photo to enlarge the picture, make sure to press the left and right arrow buttons to scroll through the rest of the pictures. There are 20 pictures in total.