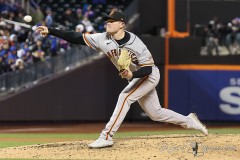 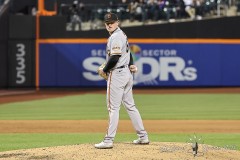 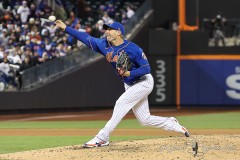 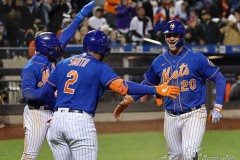 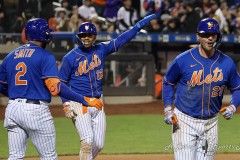 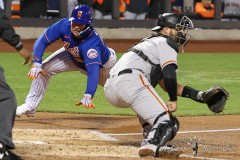 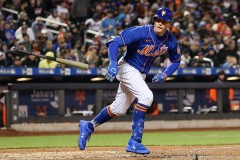 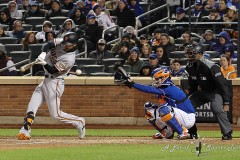 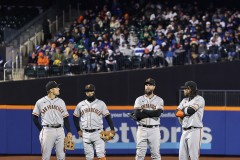 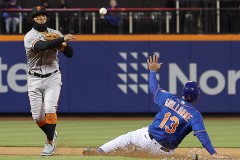 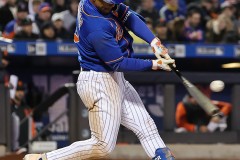 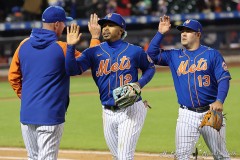 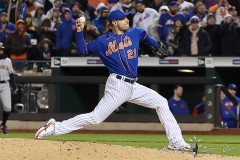 NEW YORK — According to his new manager, New York Mets starting pitcher Max Scherzer has a lot more going with his eyes than his well-known Heterochromia Iridis, the rare condition that caused his irises in his eyes to be different colors. On Tuesday, those eyes locked in on another bit of history for the future Hall-of-Famer, and Buck Showalter had to know what those peepers were saying when another no-hitter — and an escalating pitch count — were staring the manager in the face.

In the end, Scherzer did not get another no-no, but his 5 2/3 hitless innings to begin the game in his Citi Feld home debut helped pace the Mets to a 3-1 victory over the San Francisco Giants. On the offensive end, Eduardo Escobar began the scoring with a two-run double in the third inning, and that was enough for the Mets to earn a sweep of today’s doubleheader after New York won the opener 5-4 in 10 innings.

*Editor’s note: Above the byline is the photo gallery from Tuesday afternoon’s Game 2, and after clicking on the first photo to enlarge the picture, make sure to press the left and right arrow buttons to scroll through the rest of the pictures. There are XX pictures in total.