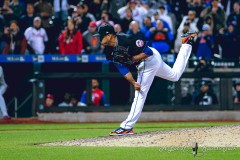 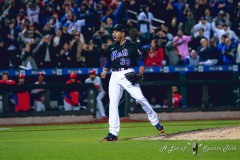 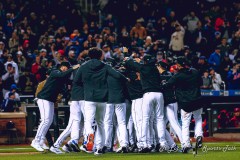 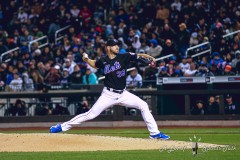 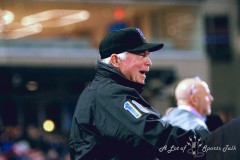 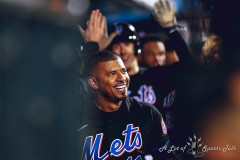 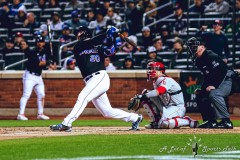 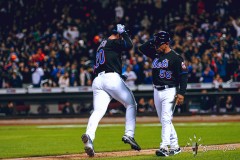 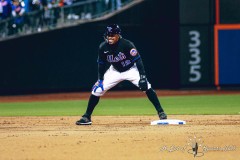 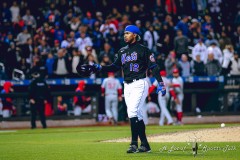 NEW YORK — After 159 pitches, nine three-ball counts, five pitchers used, and countless hand claps from over 32,000 fans, the New York Mets capped off a special month with one of the most memorable nights in franchise history.

Five New York Mets pitchers combined to give the franchise its second-ever no-hitter, and Edwin Diaz’s strikeout of J.T. Realmuto capped off a 3-0 win over the Philadelphia Phillies at Citi Field on Friday night. Jeff McNeil had a two-run single in the fourth inning in providing the decisive hit, and Pete Alonso homered off Phillies starter Aaron Nola to give the Mets some insurance.

Tylor Megill was the first to toe the rubber on the way toward the 17th combined no hitter in Major League history, going the first five innings before Drew Smith, Joely Rodríguez, Seth Lugo and Diaz combined to get the final 12 outs. Though there was only one real standout defensive play made by the Mets’ defense, a Brandon Nimmo diving catch of a line drive off the bat of Jean Segura to end the third inning, many of the outs did not come easy, with the Phillies’ patient approach running up pitch counts and causing as much discomfort to those on the mound as the chilly weather.

Megill, who now is 4-0 with an ERA of 1.93, walked three batters, including two in the fifth inning where his pitch count ended up at 88 pitches after the frame. He struck out two in the fifth as well, including Odubel Herrera with runners on first and second and the game still scoreless to end the inning.

Any hope of Megill repeating Johan Santana’s 134-pitch no-no almost 10 years to the day, June 1, 2012, were extinguished when Drew Smith started the sixth and the Mets holding a two-run lead. Smith proceeded to strike out four of the five batters he ended up facing before handing off to Rodriguez, who was able to get Alec Bohm to ground into a 6-4-3 double play to end the seventh inning.

*Editor’s note: Above the byline is the photo gallery from Friday evening’s game, with all photos taken by ALOST photographer Roberto Carlo. After clicking on the first photo to enlarge the picture, make sure to press the left and right arrow buttons to scroll through the rest of the pictures. There are 10 pictures in total.