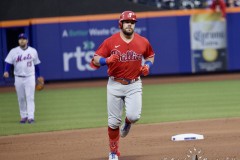 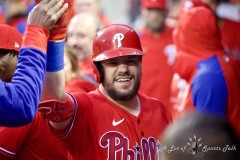 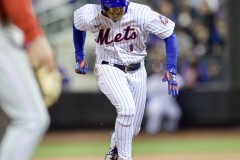 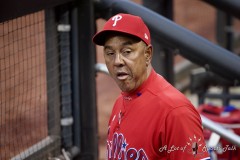 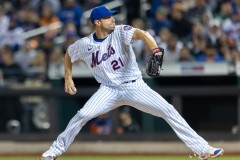 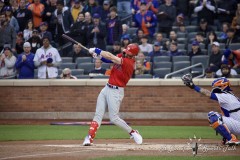 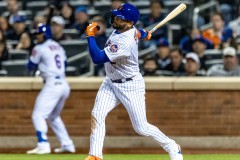 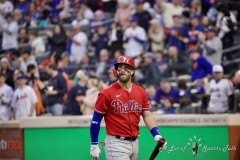 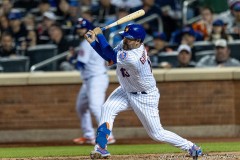 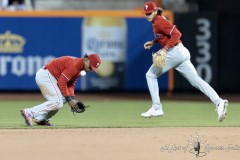 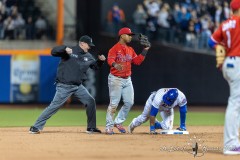 NEW YORK — New York Mets first baseman Dominic Smith did more than enough to bring cheers to the faces of Mets fans on Sunday night with a career night, on a nationally-televised game, to lead his team to yet another series victory. Will it be enough for the Mets brass to keep him on the active roster in 24 hours’ time as a big decision day descends upon the Major Leagues?

Smith went 4-for-4 with three RBI while Jeff McNeil also had a four-hit night as the Mets banged out 15 hits on their way to a 10-6 victory over the Philadelphia Phillies at Citi Field on Sunday night. Max Scherzer went six innings while allowing four runs and five hits to improve to 4-0 on the season.

The 28 players on the Mets roster have contributed to the Mets beginning the season with the National League’s best record, but that number must be cut to 26 ahead of Monday’s roster cut deadline from 28 to 26. The current trim down allows teams to carry up to 14 pitchers until the end of the month, and Smith, 26, who came into the tonight with only six hits in 36 at-bats, is believed to be on the shortlist to be sent down to the minors once more to make the numbers work. Smith’s previous statements outlining that he wants to be an everyday player only makes things more complicated…and that was before his standout performance tonight, let alone his standing as the best defensive first baseman New York has on the roster.

Two of Smith’s swings allowed the Mets to come back from two separate deficits; His game-tying RBI double in the second inning, part of a two-run inning for the Mets, came almost immediately after Kyle Schwarber’s solo homer off Mets starter Max Scherzer in the top of the frame kicked off the scoring, and Smith’s two-run single in the fifth inning capped a three-run fifth for New York and gave the Mets a 6-3 lead.

Scherzer was effective enough to eke out a victory despite not having much command on his slider, though he could not have started any better as he struck out the first five batters he faced. Schwarber went deep off Scherzer again, a two-run shot in the fourth inning, that gave Philadelphia a 3-2 lead, and Bryce Harper also hit a solo shot in the sixth inning to bring the Phillies to within two at 6-4.

*Editor’s note: Above the byline is the photo gallery from Sunday evening’s game, with all photos taken by ALOST senior photographer Robert Cole. After clicking on the first photo to enlarge the picture, make sure to press the left and right arrow buttons to scroll through the rest of the pictures. There are 11 pictures in total.