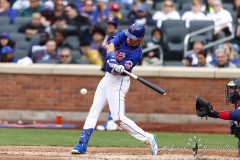 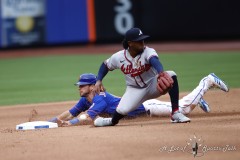 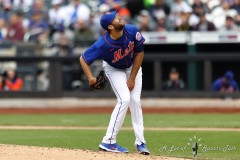 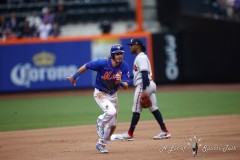 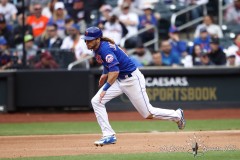 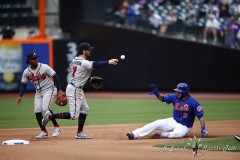 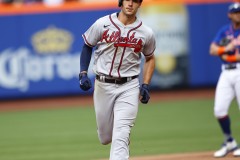 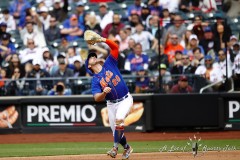 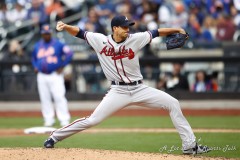 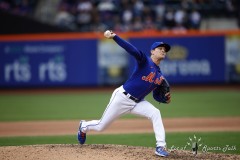 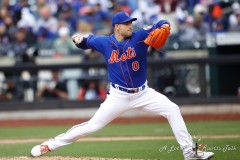 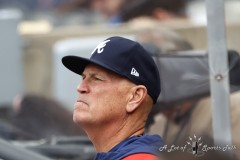 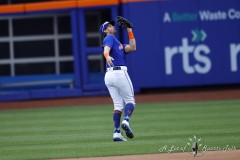 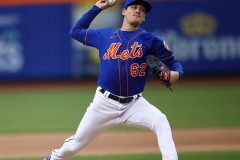 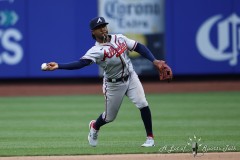 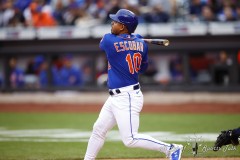 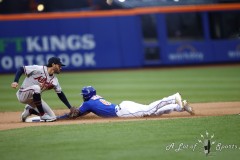 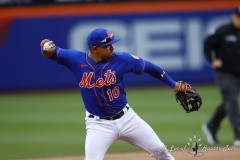 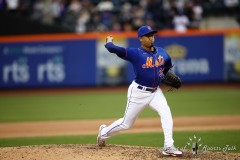 NEW YORK — The New York Mets’ lead in the fifth inning of Tuesday’s first game of a doubleheader against the defending World Series champions was in serious threat after a three-run homer cut New York’s lead to a single run. Once the ball was turned over to the Mets’ bullpen, doubt quickly turned into dominance.

New York’s bullpen threw four shutout innings to close the door on Atlanta and get back in the win column, a 5-4 victory at Citi Field in the doubleheader opener. Drew Smith threw two of those dominant innings, in the seventh and eighth, as the bullpen allowed just one hit and struck out six Atlanta batters.

New York continued its trend of coming through with two strikes in the first inning, when Eduardo Escobar and Pete Alonso came through with run-scoring singles in the first inning to stake the Mets to a quick 2-0 lead. The Mets scored two more runs in the second, using a fielder’s choice with the bases loaded from the bat of Francisco Lindor and another Alonso run-scoring single to take a 4-1 lead after two.

David Peterson was relatively cruising in his start for New York until the fifth inning, when he muffed a come-backer off the bat of Ozzie Albies that could (and probably should) have been an inning-ending double play. The next hitter, Matt Olson cranked a three-run home run to centerfield to bring Atlanta within 5-4, turning what was looking like a quality start into what could have been for Peterson.

What Peterson’s start did turn into was a win, as each of the three relievers for the Mets to toe the rubber after Peterson’s five innings struck out two batters, starting with Adam Ottavino’s 1-2-3 inning in the sixth. Smith came on in the seventh and, after retiring the first two batters, walked Olson before getting Austin Riley to fly out to right to end the seventh.

Smith stayed on for the eighth and was even stronger, retiring Atlanta in order, including getting the red-hot Travis d’Arnaud to ground out and Adam Duvall to strike out swinging to end the eighth.

Edwin Díaz came on in the ninth and recorded his fifth save of the season, striking out Dansby Swanson and Travis Demeritte to start the inning before, two batters later, inducing a ground out from Ozzie Albies to end the game.

*Editor’s note: Above the byline is the photo gallery from Tuesday afternoon’s first game, with all photos taken by ALOST senior photographer Robert Cole. After clicking on the first photo to enlarge the picture, make sure to press the left and right arrow buttons to scroll through the rest of the pictures. There are 19 pictures in total.