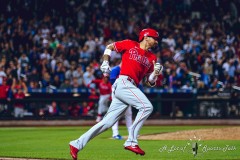 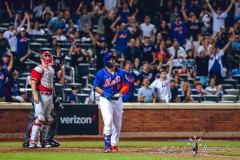 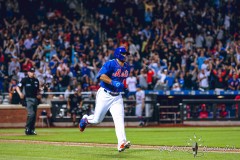 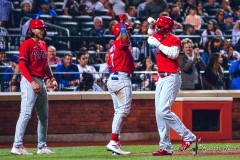 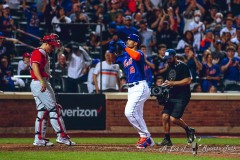 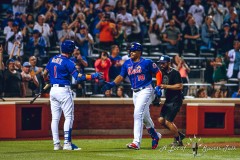 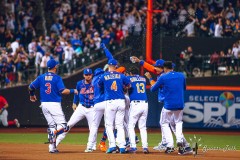 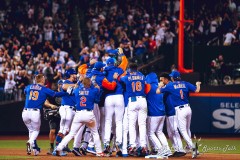 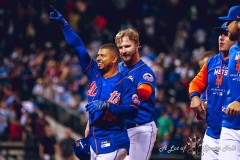 NEW YORK — You always remember your first, they say, and Nick Plummer made sure his first was the most unforgettable aspect of the latest series victory by the New York Mets this season.

Plummer smacked a game-tying home run on the first pitch in the bottom of the ninth inning, his first Major League hit, and Eduardo Escobar hit a walk-off double in the following inning as the Mets completed a sweep of the Philadelphia Phillies, 5-4 in 10 innings, on Sunday night at Citi Field.

Edwin Díaz pitched a scoreless 10th to earn the victory, striking out Roman Quinn with runners on first and second to end the top half of the inning.

*Editor’s note: Above the byline is the photo gallery from Friday evening’s contest, with photos taken by ALOST photographer Roberto Carlo. After clicking on the first photo to enlarge the picture, make sure to press the left and right arrow buttons to scroll through the rest of the pictures. There are 10 pictures in total.