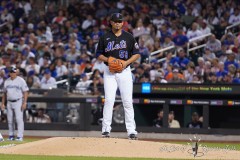 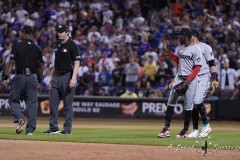 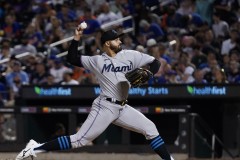 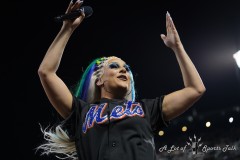 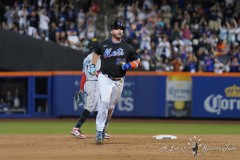 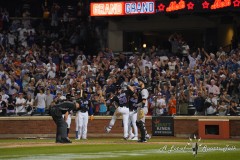 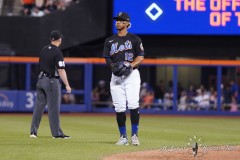 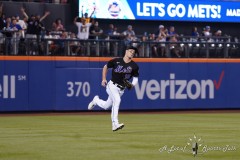 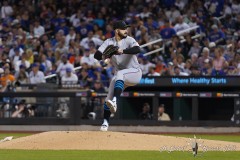 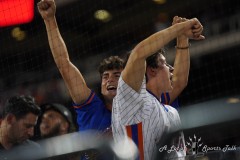 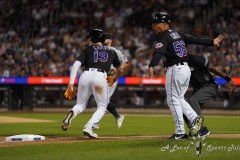 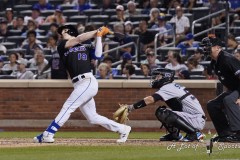 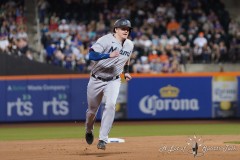 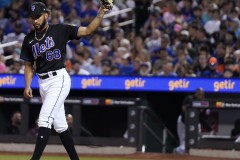 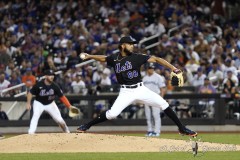 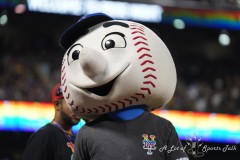 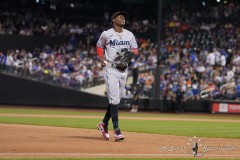 NEW YORK — Francisco Lindor had his day turned upside down before his game later in the evening, seeing his biggest supporter in person for the first time since arriving in New York a year and a half ago. His first at-bat allowed him to release many of those emotions, all while unleashing a mammoth shot to center field that provided another perfect start for the New York Mets.

Playing in front of his mom in attendance, Lindor smacked a three-run homer in the first inning to put the Mets on the board early, on their way to a 10-4 victory over the Miami Marlins at Citi Field on Friday night. Pete Alonso’s grand slam in the sixth inning put the game on ice for New York while starting pitcher Carlos Carrasco pitched into the seventh inning while allowing three runs and striking out seven to earn his eighth victory.

Lindor’s mom, Maria Serrano, joined one of Lindor’s sisters in flying to New York from Florida. Serrano is confined to a wheelchair due to recent health problems, and tonight marked the first time she saw her son play in person as a member of the New York Mets since his big move to New York before the 2021 season.

On an 0-1 pitch from Marlins starter Pablo López, Lindor turned around a fastball and hit it into the batter’s eye, just to the left of the Home Run Apple, to give New York a three-run cushion. As he rounded the bases, Lindor let out a couple of screams, right as the ball left the yard and one as he rounded third and headed for home.

His stellar play also shone on the defensive end, making a nice backhanded stab of a ground ball up the middle before wheeling around and throwing out the speedy Jazz Chisholm, Jr. at first base for the second out. Chisholm Jr. was initially called safe before a review determined that the runner was out.

New York was up 3-1 in the sixth inning when Miami thought it had turned the momentum of the game. With Jeff McNeil on second and Mark Canha on first base with no outs, Luis Guillorme hit a deep fly ball to center that center fielder Bryan De La Cruz appeared to make a juggling catch of before throwing the ball back into the infield. The Marlins infielders stepped on second and first to complete a triple play to retire the stranded runners, but the play, which went to a umpire’s review, determined that the batted ball hit the wall after touching De La Cruz’s glove, negating the out call and moving all the runners up one base.

From a near triple play, Miami’s inning turned disastrous. J.D. Davis singled in a run for a 4-1 lead, and after Tomas Nido and Brandon Nimmo were retired without bringing home a runner, Starling Marte drew a walk to force in a runner. Lindor also drove in a run without a hit, getting hit by reliever Tommy Nance, before Alonso lined a deep ball to left that just cleared the wall to open up a 10-1 advantage.

*Editor’s note: Above the byline is the photo gallery from Friday evening’s contest, with photos taken by ALOST photographer Melinda Morales. After clicking on the first photo to enlarge the picture, make sure to press the left and right arrow buttons to scroll through the rest of the pictures. There are 17 pictures in total.