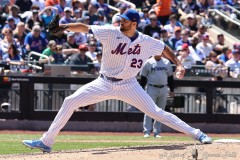 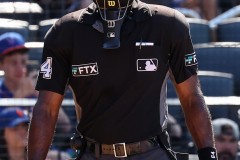 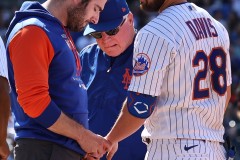 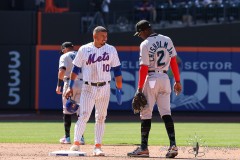 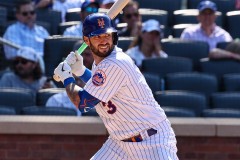 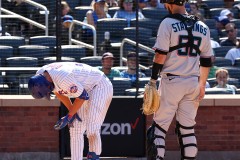 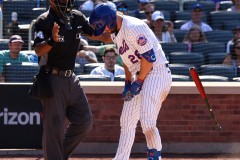 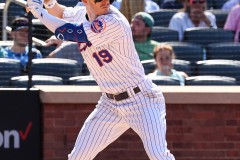 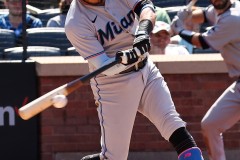 NEW YORK — To ask New York Mets starter David Peterson to put up the statistics of some of his All-Star teammates (a couple of them who are on a Hall-of-Fame track) would be too much to ask, even with the “next man up” mentality being taken to heart. On getaway day, Peterson put up zeroes like an All-Star, allowing the Mets to once again secure a series victory.

Peterson pitched into the sixth inning and did not allow a run while Eduardo Escobar drove in three runs as the Mets shut out the Miami Marlins 6-0 at Citi Field on Monday afternoon. Adam Ottavino, Drew Smith and Yoan Lopez came in after Peterson to complete the 11th shutout of the season, a number that is tied with the crosstown New York Yankees for the most shutouts in baseball.

New York maintains their standing as the team with the National League’s best record, and their best start to a season since the 1988 NL East championship season has been achieved despite injuries in the projected starting rotation; Max Scherzer has missed a month with an oblique injury suffered on the mound on May 18, Tylor Megill just came back to the rotation last week after missing a month with biceps tendonitis, and Jacob deGrom has yet to make his 2022 debut with the Mets while he recovers from a shoulder injury last season. While Scherzer is set to make a rehab start tomorrow, deGrom is still waiting to gain medical clearance to throw off a mound despite proclaiming to feel “completely normal” after his most recent throwing session.

Enter pitchers like Peterson and Trevor Williams, who have had to eat a number of the innings that ideally would have been those thrown by Scherzer, Megill and deGrom. Today, Peterson pitched into the sixth inning for the first time his his quality start in a win in San Francisco on May 23, where he threw six innings and allowed just two runs against the Giants.

Miami got the leadoff man on base in each of the first three innings, but Peterson was able to bear down every time to maneuver his way out of trouble each time. After Jon Berti reached on an Escobar error at third base to start the game, Peterson picked him off first base. Peterson allowed singles to Miguel Rojas and Jacob Stallings to begin the second, but after a force out off the bat of Jerar Encarnación, Peterson struck out both Bryan De La Cruz and Luke Williams to end the second inning.

Peterson also allowed the first two batters to reach base in the third inning, on a Berti single and a hit by pitch of Jazz Chisholm Jr. Once again, Peterson was dogged with traffic on the bases and with the heart of Miami’s lineup stepping up to the plate, as he struck out Jorge Soler before getting Garrett Cooper to line out and Miguel Rojas to ground out to end the Marlins’ latest threat.

As has been their habit for a good part of the season, New York got on the scoreboard in the first inning. Brandon Nimmo doubled to start the bottom of the inning, and eventually came around to score on a bases loaded walk to Mark Canha. New York could not cash in further with the bags full, with J.D. Davis striking out before Jeff McNeil grounded out to end the threat.

Nimmo went 3-for-5, and his leadoff single in the fifth inning eventually led to him scoring on a Pete Alonso sacrifice fly and a 4-0 New York lead.

The Mets pushed two runs across in the fourth on an Eduardo Escobar sacrifice fly and a wild pitch from Trevor Rogers that scored McNeil. Escobar later drove in two more in the eighth inning on a two-RBI single up the middle for a 6-0 lead.

*Editor’s note: Above the byline is the photo gallery from Monday afternoon’s contest, and after clicking on the first photo to enlarge the picture, make sure to press the left and right arrow buttons to scroll through the rest of the pictures. There is one picture in total.