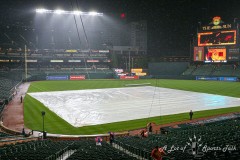 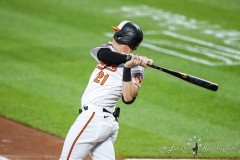 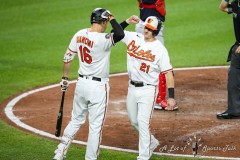 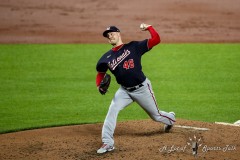 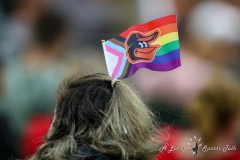 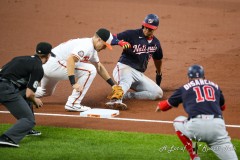 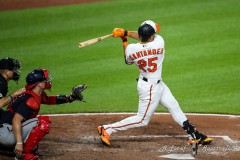 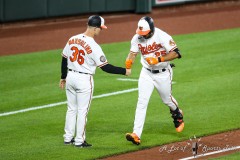 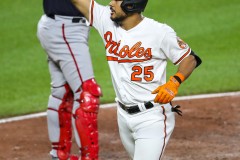 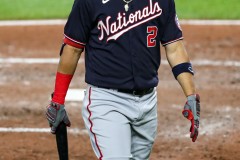 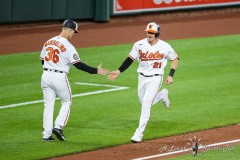 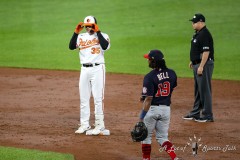 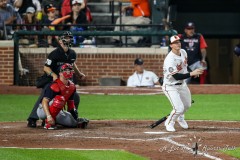 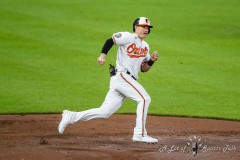 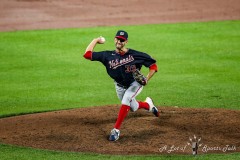 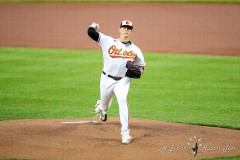 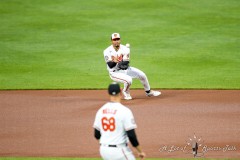 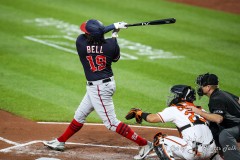 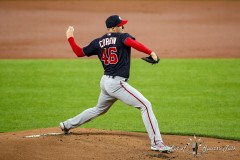 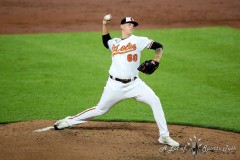 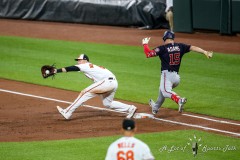 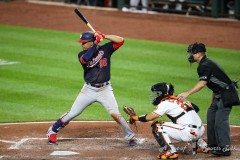 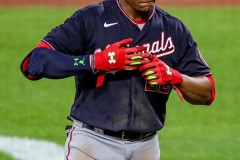 BALTIMORE — As a driving rain was getting ready to descend upon the field of Camden Yards for a second time, and eventually putting an official end to the game, Orioles outfielder Austin Hays needed just one more drive off his bat to make history. Through the raindrops, Hays slammed a ball to the outfield wall in the sixth inning, and in doing so accomplished his shining achievement, one that sets him alongside team legends Brooks Robinson and Cal Ripken Jr.

Hays became the sixth player in Baltimore Orioles history to hit for the cycle, making all four of his at-bats count as Baltimore defeated the Washington Nationals 7-0 in a rain-shortened game that was called after a second rain delay at the end of the sixth inning. In a 4-for-4 evening at the plate, singled in the first, then followed with a home run, triple and then, finally, a run-scoring double in the pouring rain to cap off his career night.

Tyler Wells pitched around three hits and four walks to throw five scoreless innings to get the win for the Orioles, who are now 11-2 in their last 13 games following a defeat.

Hays’ historic night started when he led off the first inning with an infield single off Nationals starter Patrick Corbin and eventually came around to score the first run of the game on a Ryan Mountcastle double three batters later. His next two at-bats saw him take care of the two hardest parts of the cycle, as he homered over the newly-installed high wall in left field to lead off the third and double the Orioles’ lead. One inning later, Hays drove a Corbin pitch off the scoreboard in right field for the triple.

With two outs in the sixth, Hays came up with runners and first and second and with the rain intensifying to the point where the suspension of play was imminent. Regardless, Hays made his first and only chance of getting the cycle tonight count, driving Steve Cishek pitch to the wall in left-center field and then pulling up at second base as both Tyler Nevin and Jorge Mateo scored to open up a 5-0 lead.

In the first 52 years of the franchise being in Baltimore after moving from St. Louis in 1954, only Robinson and Ripken had hit for the cycle. Aubrey Huff (2007), Felix Pie (2009) and Jonathan Villar (2019) were the last three Orioles to accomplish the feat before Wednesday.

Anthony Santander hit a solo home run in the third and Mancini followed up Hays’ double in the sixth with a two-run home run to extend the lead to 7-0.

*Editor’s note: Above the byline is the photo gallery from Wednesday evening’s contest, with all photos taken by DC-area photographer Elliott Brown. After clicking on the first photo to enlarge the picture, make sure to press the left and right arrow buttons to scroll through the rest of the pictures. There are 26 pictures in total.