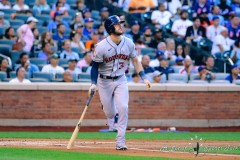 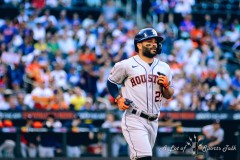 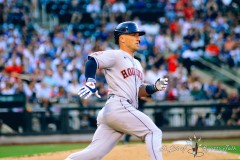 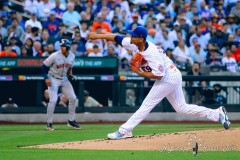 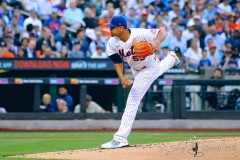 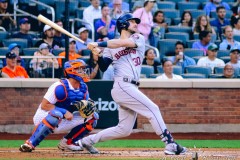 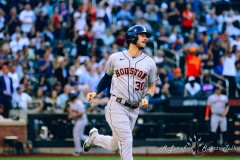 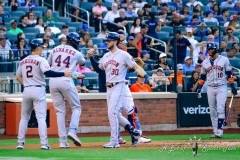 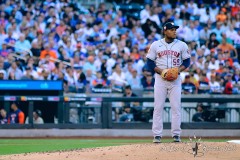 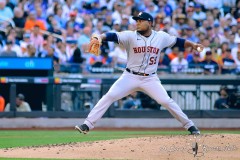 NEW YORK — For almost two whole weeks at the end of this month, the Houston Astros’ task was a Herculean one, facing the teams with best record in both leagues, a badly-needed litmus test as it looks to be running away with another AL West division title.

To say the Astros are passing their midterms with flying colors at the moment is an understatement, and tonight’s beatdown it administered ended the competitive nature of the game in a New York minute.

Kyle Tucker highlighted a four-run first inning with a three-run home run, while Yordan Alvarez and Yuli Gurriel also homered in the Astros’ 9-1 victory over the New York Mets at Citi Field on Tuesday evening. Starting pitcher Framber Valdez pitched eight scoreless innings as the Astros have now won all three meetings against the Mets this season.

Despite trailing the Mets and the New York Yankees in the overall standings, the Astros have been making a strong case of being the best team in baseball, and they entered tonight’s contest off the heels of holding the Yankees offense to 15 total hits — including throwing a combined no-hitter on Saturday — and a .123 batting average in a four-game set in the Bronx, the fewest amount of hits and lowest batting average in a four-game series in Yankees history.

The Astros, however, only earned a split of the series after blown saves on Thursday and Sunday, but there would be no blown leads tonight. For the second time in six days, Houston’s offense put up four runs in the first inning against Mets starter Carlos Carrasco, with Alex Bregman connecting on an RBI single with runners at the corners for the Astros’ first run. On the very next pitch, Tucker connected on a no-doubter that almost cleared the bullpen in right-center field for a three-run shot and a 4-0 lead.

Houston swept the Mets in Minute Maid Park in a two-game set last week before their four games at Yankee Stadium, ensuring a winning record in the first nine-game stretch for any MLB team against New York teams since 1957, excluding 2020. Houston finishes their series with the Mets tomorrow afternoon before playing a game at home against the Yankees on Thursday to finish off the New York block.

*Editor’s note: Above the byline is the photo gallery from Tuesday evening’s contest, with photos taken by ALOST photographer Roberto Carlo. After clicking on the first photo to enlarge the picture, make sure to press the left and right arrow buttons to scroll through the rest of the pictures. There are 10 pictures in total. 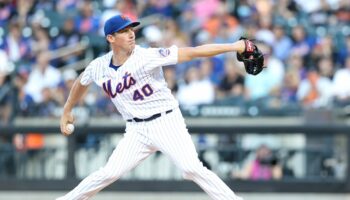