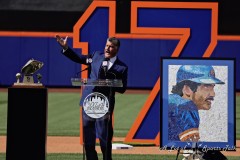 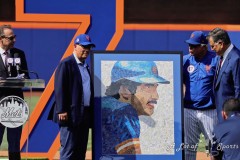 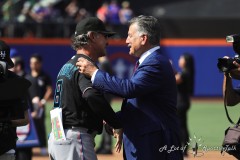 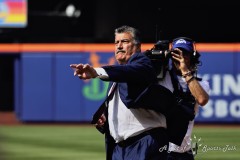 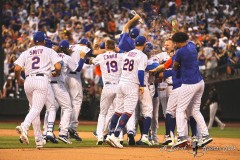 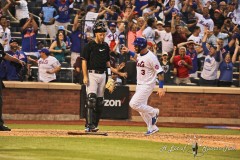 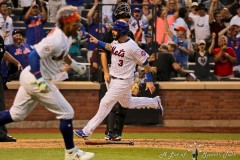 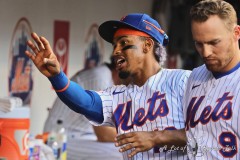 NEW YORK — I am sorry, but I have to do it. After the retirement ceremony honoring one of the lynchpins of the New York Mets’ last World Series championship, and the events that eerily transpired late in the game that followed, the comparisons are too hard to ignore…at least for the people who lived through October 25, 1986.

Saturday at Citi Field started with the jersey retirement ceremony of former Mets first baseman and current broadcaster Keith Hernandez, the fiery, slick-fielding, quick-witted first baseman who is forever etched in New York sports lore for being a member of the New York Mets team that memorably won a world championship against all odds during the 1986 World Series, their Game 6 victory after being down to their final out becoming a tale told the world over to future generations of Mets fans. Though the stakes were obviously not as high as that fall classic, the current iteration of the Mets put on a decent remake of those Shea Stadium thrillers, using a combination of clutch hitting, hustle, and shoddy defense from its opponent in coming back from a one-run deficit to score two in the bottom of the tenth inning and defeat the Miami Marlins 5-4 to cap off a long day of nostalgia at Citi Field.

After Miami took the lead in the top of the tenth inning on a infield single by Jon Berti that allowed the automatic runner (Billy Hamilton) to score when shortstop Francisco Lindor made a throwing error, the Mets were down to their final out in the bottom of the tenth after Eduardo Escobar and Luis Guillorme struck out swinging with Mark Canha standing on second. Tomás Nido then produced a slow-rolling ground ball down the third base line, a play that Bill Buckner…err…Marlins third baseman Brian Anderson let go under his glove, a double that allowed Canha to motor around to score the tying run. One batter later, Brandon Nimmo hit a sharp come-backer to relief pitcher Bob Stanley, err, Marlins closer Tanner Scott, who after fumbling the ball and picking it up from the mound, threw wide of the first base bag, allowing Nimmo to reach and Ray Knight, err, Nido, to score the winning run and set off a wild celebration on the field.

The improbable win was the first time the Mets won a game on a walk-off error with two outs since Game 6 of the ’86 Fall Classic against the Boston Red Sox, a Saturday game that ended in the bottom of the tenth inning which featured a ground ball under the glove of a corner infielder (Buckner) and an errant throw from a pitcher (Stanley, via a wild pitch).

Ya Gotta Believe, indeed. And you can’t make this stuff up.

“I’ll let everybody else kind of draw the correlations,” Mets manager Buck Showalter said. “Some of the things that just go on, you just go, ‘Really?’ We kid about the baseball gods, but I don’t know sometimes.”

*Editor’s note: Above the byline is the photo gallery from Friday evening’s contest, with photos taken by ALOST photographer Chris Simon. After clicking on the first photo to enlarge the picture, make sure to press the left and right arrow buttons to scroll through the rest of the pictures. There are eight pictures in total.