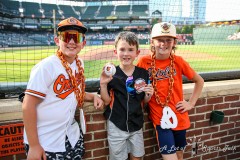 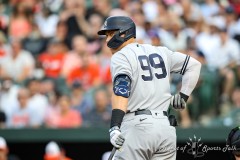 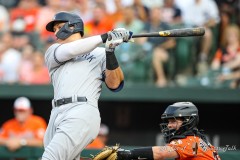 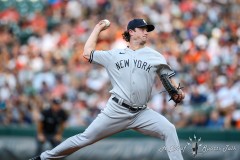 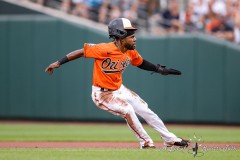 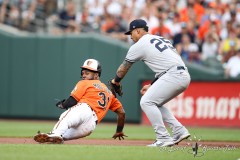 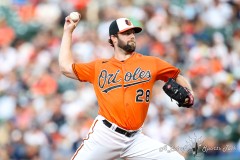 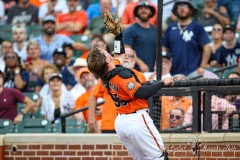 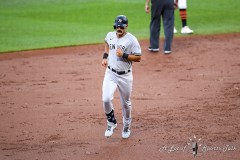 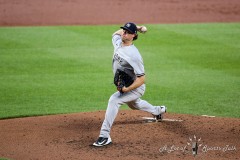 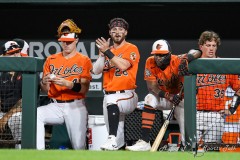 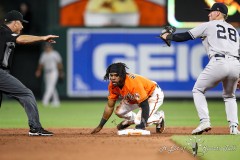 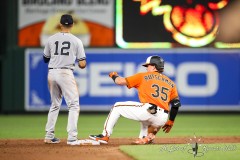 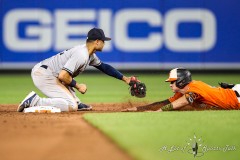 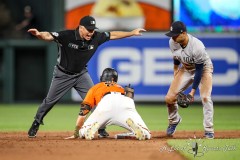 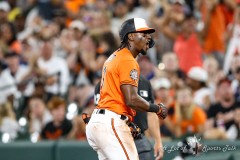 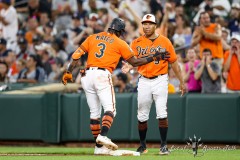 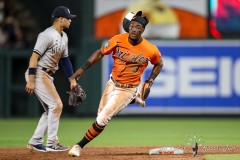 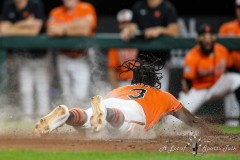 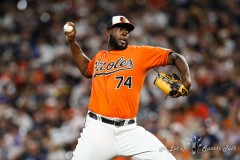 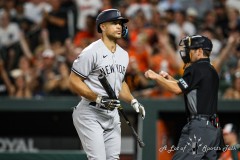 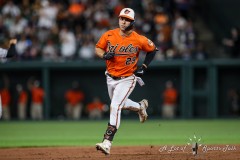 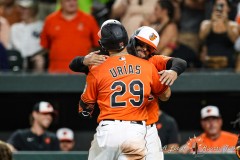 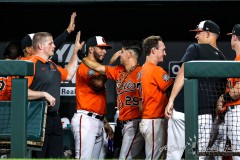 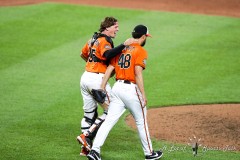 BALTIMORE — Similar to last night, the Baltimore Orioles engineered a stirring comeback against the team with the best record in baseball. Unlike last night, however, the Orioles were able to complete the comeback, earning a stirring victory that continues to make them one of the feel-good stories of the 2022 baseball season.

Leadoff hitter Cedric Mullins had two hits and two runs driven in, and his sacrifice fly in the seventh inning gave the Orioles the lead for good in a 6-3 come-from-behind victory over the New York Yankees on Saturday night at Camden Yards. Ramón Urías added a two-run home run in the eighth inning for some insurance for Baltimore while its bullpen threw four scoreless innings in relief to close out the win and move the Orioles back to the .500 mark at 47-47.

The young Orioles have had a flair for the dramatic this season, evidenced by the three walk-off wins they engineered during their last home stand that made up a big chunk of that perfect 7-0 stretch at Camden Yards as well as a part of their 10-game win streak right before the All-Star Break. Baltimore has played in more games decided by two runs or fewer than any other team in baseball, and though the O’s were able to stretch their lead wide enough to not put another game in that ledger, they left it late once again and seemingly only know how to pull out victories the hard way.

“We don’t have many easy wins, and we don’t have many losses where we’re out of it.” Orioles manager Brandon Hyde said. “We do a nice job of staying in the game and battling back. Just shows you the fight in the guys in the clubhouse.”

Down 3-0 after 3 1/2 innings, the Orioles were finally able to break through against Yankees starter Gerrit Cole with a two-run rally in the fifth that started with two outs and no one on base. Jorge Mateo singled up the middle, then stole second base, before Cedric Mullins blooped a single that landed just in front of Judge in center field for Baltimore’s first run.

Rookie Adley Rutschman then doubled after Mullins’ single to cut New York’s two-run lead in half. Since June 10, Rutschman has hit 16 doubles, the second most in Major League Baseball in that span.

Cole threw just over 100 pitches after six innings when he was kept in to start the seventh, but he was not able to record an out in the inning before his departure. Urías blooped a double down the left-field line to start the inning, and Mateo followed with a line-drive single to right center to tie the game and end Cole’s night.

Reliever Albert Abreu came on for New York, and his first throw was wild: a pickoff attempt that skipped past first baseman DJ LeMahieu and into foul territory down the right field line, allowing Mateo to scamper all the way to third. Mullins’ fly ball on a 3-2 pitch to center was just deep enough to score Mateo to give Baltimore its first lead.

Before the comeback, the Orioles were unwitting treated to front row seats at the Aaron Judge Show for a second consecutive evening, as he followed up his two-homer night last night with two doubles and a single in his first three at-bats tonight, with his first-inning two-bagger and fourth-inning bloop single both driving in runs, the latter extending New York’s lead to 3-0.

Despite the lead, the Yankees were profligate the whole evening when it had chances with runners on base, leaving 11 runners on base overall. Orioles starter Jordan Lyles was on the ropes in the third inning and down 2-0, as he loaded the bases with a Judge double and back-to-back walks with two outs. Lyles was able to induce a fly out from Aaron Hicks to end the threat and keep the Baltimore deficit at just two runs.

With a one-run lead in the seventh, the Yankees put the first two men on against reliever Cionel Perez as Anthony Rizzo doubled before a Gleyber Torres walk. Perez came back to induce an around-the-horn double play off the bat of Josh Donaldson before getting Matt Carpenter, who hit a solo homer in the second inning, to ground out to second.

*Editor’s note: Above the byline is the photo gallery from Saturday evening’s contest, with all photos taken by DC-area photographer Elliott Brown. After clicking on the first photo to enlarge the picture, make sure to press the left and right arrow buttons to scroll through the rest of the pictures. There are 25 pictures in total.