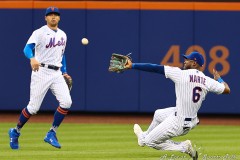 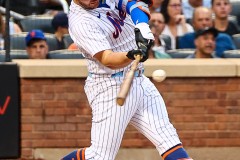 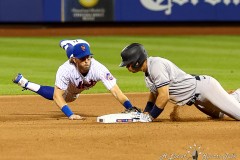 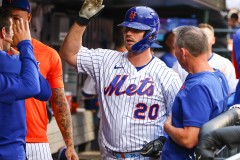 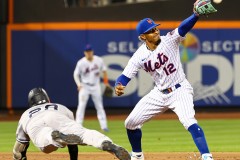 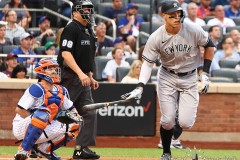 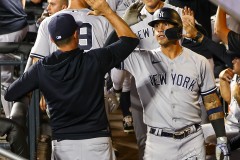 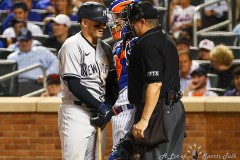 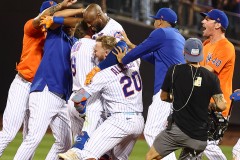 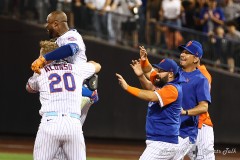 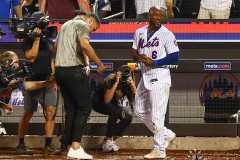 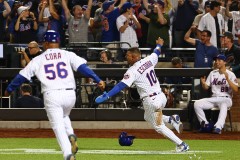 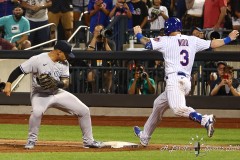 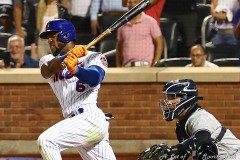 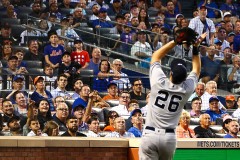 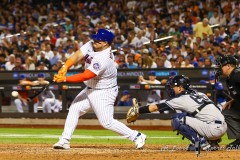 NEW YORK — It’s a good thing that New York Mets players Starling Marte and Eduardo Escobar had short memories at the batter’s box on Wednesday evening, especially since their successes at the plate in the ninth inning is the cause for long celebrations by Mets fans and players alike after a signature victory.

Escobar started the Mets’ game-winning rally in the ninth with a leadoff double, and Marte capped things off with a walk-off single to left to complete a 3-2 victory over the New York Yankees at Citi Field, clinching a two-game sweep of the first Subway Series of 2022. Max Scherzer, on his 38th birthday, pitched seven scoreless innings for the Mets to put them in a position to win, and the offense did just enough after the Yankees rallied to even the score late.

The results of the first six at-bats combined for Marte and Escobar read like the Gashouse Gorillas going up against Bugs Bunny’s slow ball: six swinging strikeouts. Five of the six strikeouts came against Yankees starter Domingo Germán, but the fortunes of those two new additions to the 2022 Mets changed for the better when Wandy Peralta came on to pitch the ninth inning and the game tied.

Escobar lined the first pitch of the bottom of the ninth down the left-field line for a double, then moved to third on a successful sacrifice bunt by Tomás Nido. With second base open, the Yankees had the option of walking Marte to load the bases and create a force play at any base, but the Yankees instead chose to pitch to Marte, who had singled in the most recent at-bat leading up to his matchup with Peralta. On a 1-0 pitch, Marte handled a slider and lined it to left field to send Escobar home and send Mets fans into rapture.

*Editor’s note: Above the byline is the photo gallery from Wednesday evening’s contest, and after clicking on the first photo to enlarge the picture, make sure to press the left and right arrow buttons to scroll through the rest of the pictures. There is one picture in total.