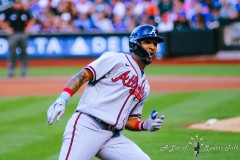 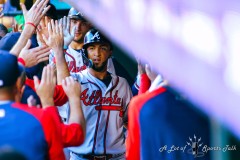 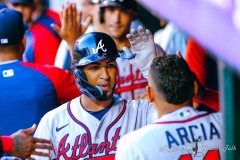 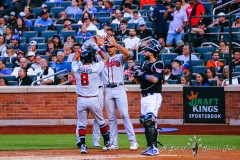 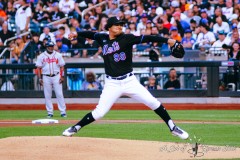 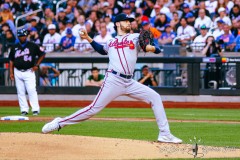 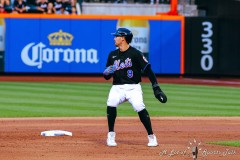 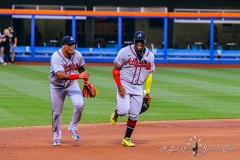 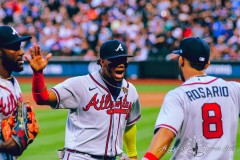 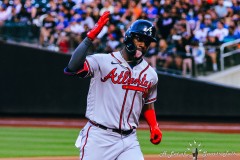 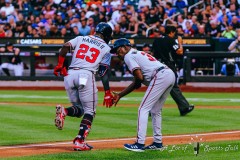 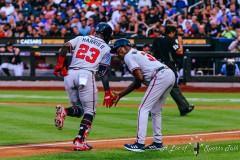 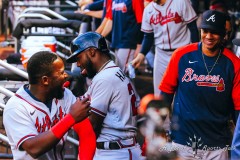 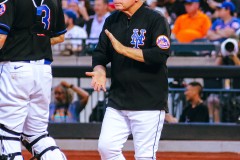 NEW YORK — With the real possibility of losing three consecutive games for the first time in almost a calendar year, Atlanta took just two innings to effectively put that possibility to a hard-hitting, leather-flashing death.

Eddie Rosario smacked a three-run home run as part of the four-run first inning for Atlanta, and it scored four more runs in the second inning on the way to a 9-6 victory over the New York Mets at Citi Field on Friday night. Ronald Acuña Jr. had four hits, and his leaping catch in right to rob Pete Alonso of a two-run homer stunted New York’s attempt at quickly seizing any momentum away from Atlanta in the first.

*Editor’s note: Above the byline is the photo gallery from Friday evening’s contest, with photos taken by ALOST photographer Roberto Carlo. After clicking on the first photo to enlarge the picture, make sure to press the left and right arrow buttons to scroll through the rest of the pictures. There are 14 pictures in total.