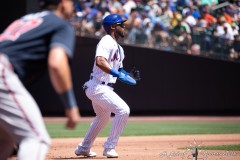 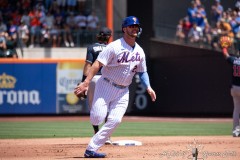 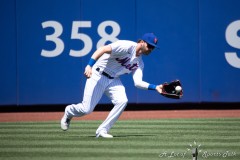 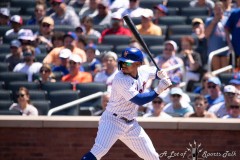 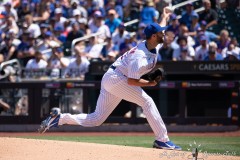 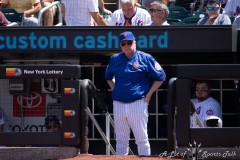 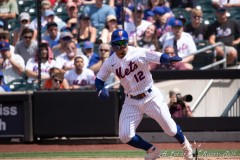 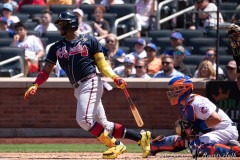 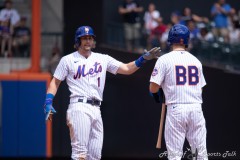 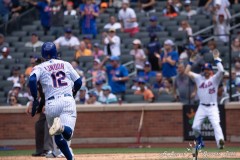 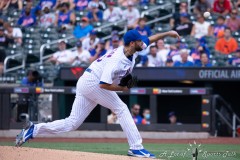 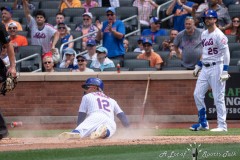 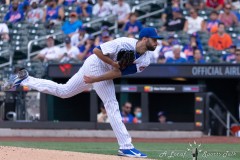 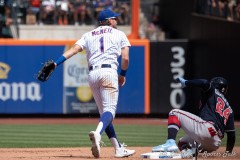 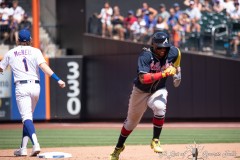 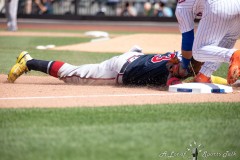 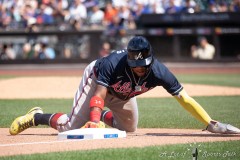 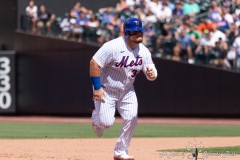 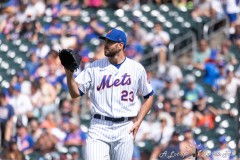 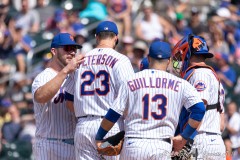 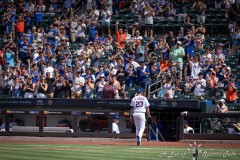 NEW YORK — Instead of coming up short in trying to provide the New York Mets some relief in relief, New York Mets starter David Peterson provided the team lots of relief during a brief return to a starting rotation to get the team off to a winning start in Saturday’s doubleheader.

Peterson tossed a scoreless outing while pitching into the sixth inning in helping to lead the Mets to an 8-5 win over Atlanta in the first game of a day-night doubleheader at Citi Field on Saturday. Francisco Lindor had three hits and three runs batted in as New York extended its lead to 4.5 games atop the National League East over its opponent and rival.

Peterson, who had given the Mets a much-needed a boost in June and July when the starting rotation was dotted with injuries, was officially relegated to a sixth starter and/or relief role with the return of superstar pitcher Jacob deGrom from injury last Tuesday. In his two appearances as a reliever since, Peterson allowed three runs in just 1.1 innings, including an appearance in the Subway Series against the Yankees where he allowed a walk and a two-run homer that aided a Yankees’ comeback attempt that eventually fell just short.

However, with the Mets in need of an extra arm with a doubleheader on the schedule today, an entirely different side to his abilities was showcased, one that made him one of the more efficient starters in the Majors for a two-month stretch. He was able to pitch out of trouble most of the game, using his slider effectively to keep Atlanta hitters off-balance, especially in at-bats with runners in scoring position.

In his last seven starts, Peterson has posted a 2.39 ERA, and today marked the third start in that stretch in which he has not allowed an earned run.

“We couldn’t ask for a better rotation, so being that sixth guy is something that I take a lot of pride in — these games, doubleheaders, when guys have gotten injured,” Peterson said. “I think it’s time for me to step in and make it seem like a seamless transition when [the regular starters] come in and out.”

*Editor’s note: Above the byline is the photo gallery from Saturday afternoon’s first game, with photos taken by ALOST photographer Carmelita Román. After clicking on the first photo to enlarge the picture, make sure to press the left and right arrow buttons to scroll through the rest of the pictures. There are 21 pictures in total. 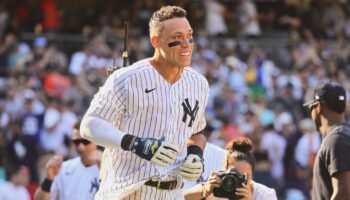