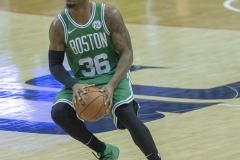 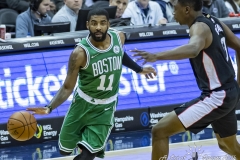 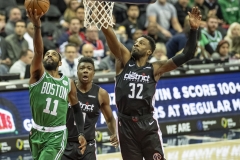 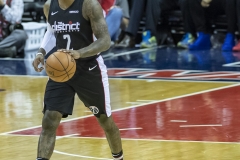 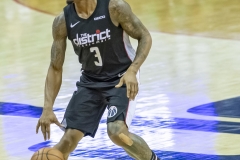 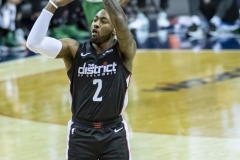 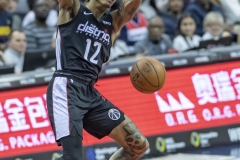 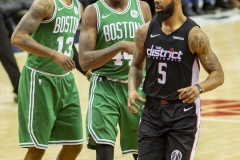 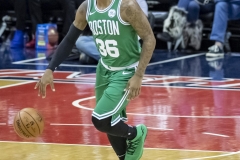 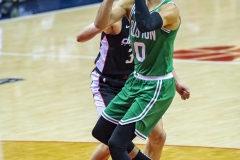 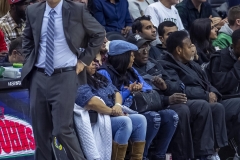 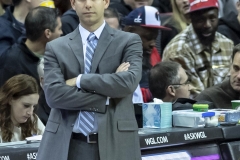 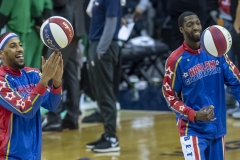 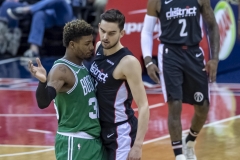 WASHINGTON — The final month of 2018 truly is turning into a December to remember for the Boston Celtics.

Kyrie Irving scored 38 points, including the game-winning three-pointer with 16 seconds remaining in overtime as the Celtics defeated the Washington Wizards 130-125 to extend their winning streak to seven games, including recording a perfect 5-0 mark to begin December.

Playing without Jaylen Brown (back/illness), Gordon Hayward (illness) and Al Horford (knee), Boston managed to extend its winning week on the back of Irving, who nailed a three-pointer seconds before his game-winning shot to give Boston a 125-123 lead with 37.9 seconds left in the extra session.

Irving ended the game scoring the Celtics’ last 12 points, as many points as the Wizards scored in overtime (12).

“We’ve seen Kyrie do that on multiple occasions,” said Celtics swingman Marcus Smart, who scored 18 points while also playing a little bit of center in the absence of Horford. “But to see it again in person — everyday we see that is something that is jaw-dropping for us.”

Smart, as well as forward Marcus Morris, continued to start for the Celtics, who have yet to lose since both were inserted into the starting lineup. Playing against his twin brother, Markieff, Marcus Morris scored 27 points and grabbed nine rebounds.

Washington’s backcourt of John Wall (34 points) and Bradley Beal combined for 56 points, and it was Beal who rebounded his own free throw miss and converted a layup with 11 seconds remaining in regulation to tie the game at 113. Irving missed a layup at the buzzer to send the game to overtime.

Jeff Green scored 22 points while Kelly Oubre Jr. scored 20 off the bench for the Wizards, who have lost three straight games after opening up the month on a three-game winning streak.

*Editor’s note: Above the byline is the photo gallery from Wednesday evening’s game, with all photos taken by DC-Area photographer Yusuf Abdullah. After clicking on the first photo to enlarge the picture, make sure to press the left and right arrow buttons to scroll through the rest of the pictures. There are currently 14 pictures in total.