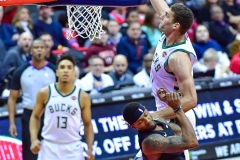 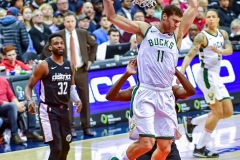 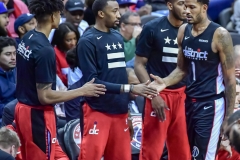 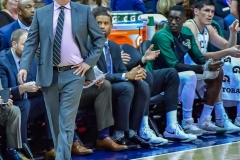 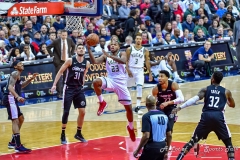 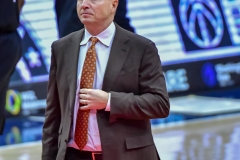 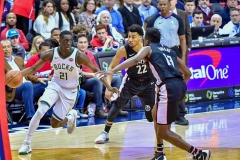 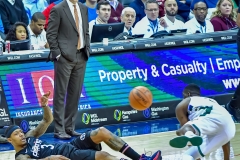 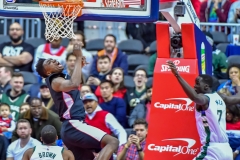 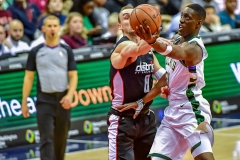 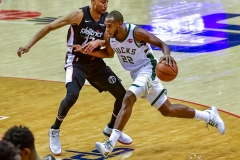 WASHINGTON — The current starting point guard for the Washington Wizards, Tomas Satoransky, will not be mistaken for the team’s mainstay at that position, John Wall, anytime soon. However, his current form in replacing the All-Star is helping the Wizards find some form in trying to salvage their season.

The 6-foot-7 Czech posted his first career triple-double with 18 points, a career-high 12 rebounds and 10 assists while his backcourt mate, Bradley Beal, led all scorers with 32 points as the Wizards defeated the Giannis Antetokounmpo-less Milwaukee Bucks 113-106 on Friday night at Capital One Arena.

After the game, Satoransky was mobbed by his teammates in the locker room for his achievement, one that was clinched when his alley-oop pass was slammed home by Beal with 1:43 remaining in the fourth quarter to give Satoransky his 10th assist of the game.

“Shout out to Brad because he called that play,” said Satoransky, who has recorded at least 10 assists in each of his last two games. “It was all love from him.”

Washington jumped on the short-handed Bucks from the start, scoring 40 first-quarter points in opening up a 15-point lead after the first 12 minutes. The Wizards hit five of their franchise record-tying 18 three-pointers in the first quarter. The newly-acquired Trevor Ariza scored 20 points — 18 in the second half — and made six of his 12 three-point attempts.

“We’ve been passing the ball well. We’ve been spacing it well,” said Wizards head coach Scott Brooks. “With Trevor, he was bound to make some of his threes.”

Since Wall opted to have season-ending surgery on his left heel late last month, Washington has gone 5-3 since then, including home wins against the Bucks, Philadelphia 76ers and Oklahoma City Thunder. The Wizards are 10-2 in their last 12 home games.

“Maybe a switch clicked on or whatever it is, but we’re clicking at the right time and we have a good group of guys in here who just want to continue to get better and want to win,” Beal said.

Milwaukee came into the game having won 11 of their last 13 games, but were not able to overcome the loss of Antetokounmpo, who sat out with hip and quad injuries. Khris Middleton led the Bucks with 25 points while point guard Eric Bledsoe put up 18 points and dished out nine assists.

“If any of the starters were out, it would be an adjustment, but when Giannis is out, it’s even a bigger adjustment,” said Bucks guard Malcolm Brogdon, who scored 11 of his 15 points during the second quarter. “That was a winnable game for us even though Giannis was out. That’s on us to take a bigger role.

*Editor’s note: Above the byline is the photo gallery from Friday evening’s game, with all photos taken by DC-Area photographer Yusuf Abdullah. After clicking on the first photo to enlarge the picture, make sure to press the left and right arrow buttons to scroll through the rest of the pictures. There are currently 11 pictures in total.