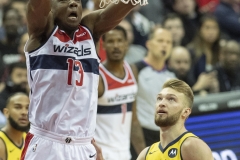 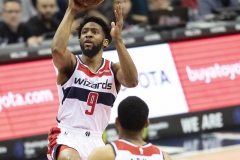 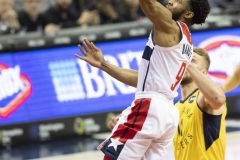 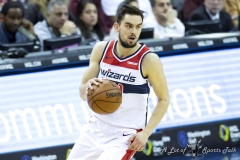 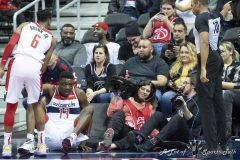 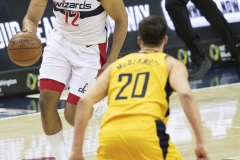 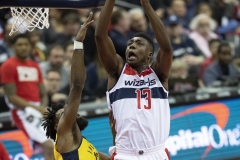 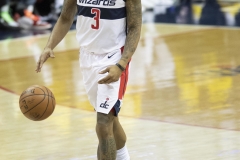 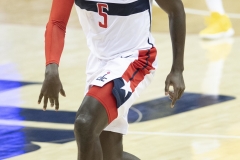 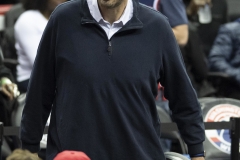 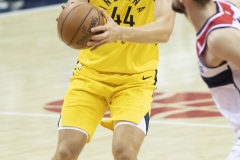 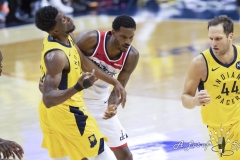 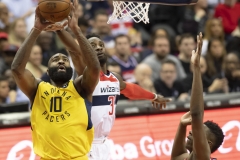 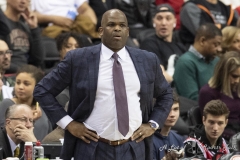 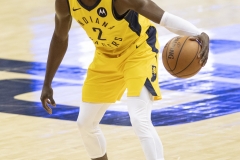 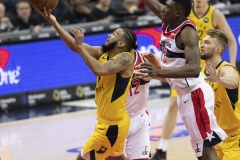 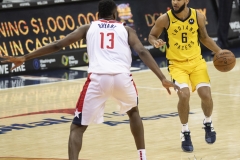 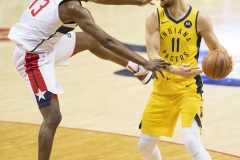 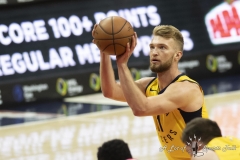 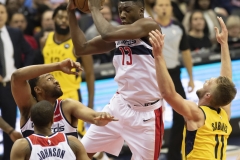 WASHINGTON — The Indiana Pacers let a couple of sizable leads almost slip away in the second half while shooting themselves all game by being careless with the basketball all night. Instead of looking at those negatives, the fact that they came away with a victory despite their mistakes can be looked upon as another sign that the Pacers are passing more tests in staying an Eastern Conference contender despite playing without its best player.

Thaddeus Young scored 22 points while Bojan Bogdanovic scored 18 points against his former team as Indiana held off a couple of furious rallies to defeat the Washington Wizards 119-112 on Saturday, the Pacers’ eighth win in their last nine contests.

Point guard Darren Collison scored 11 of his 15 points in the final quarter and the Pacers won despite almost blowing a 65-50 halftime lead and committing 23 turnovers.

“Winning the game by any means necessary,” said Collison, who hit a three-pointer with five minutes remaining to give the Pacers a five-point lead after Washington had cut Indiana’s lead to 99-97. “It felt like I set my teammates up the first three quarters. I felt like, at some point, I had to put my head down, to be an option in the offense, and that’s what happened.”

Indiana’s good run of form has come just after a four-game losing streak in the first four games it played without Victor Oladipo after he suffered a ruptured tendon in his right knee on Jan. 23 that will force him to miss the rest of the season. The Pacers remain in third place in the Eastern Conference with the win, two games ahead of fourth-place Philadelphia and three games ahead of fifth-place Boston.

“It’s not so much about playing without Vic, we’re just playing our games,” Collison said. “Vic goes down for the season a month ago, so I think we’ve been finding ourselves.”

*Editor’s note: Above the byline is the photo gallery from Saturday evening’s game, with all photos taken by DC-area photographer Yusuf Abdullah. After clicking on the first photo to enlarge the picture, make sure to press the left and right arrow buttons to scroll through the rest of the pictures. There are 21 pictures in total.