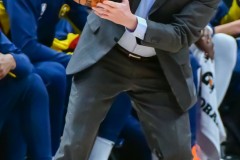 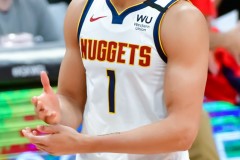 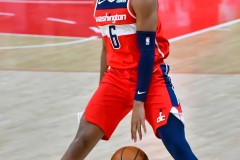 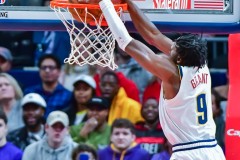 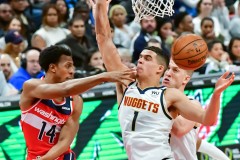 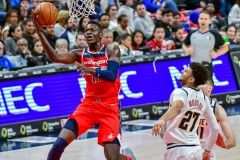 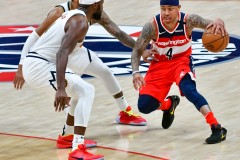 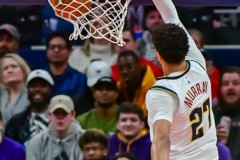 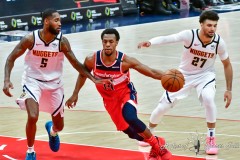 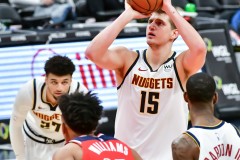 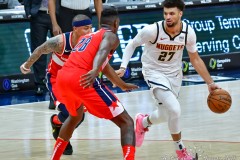 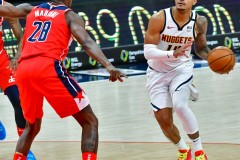 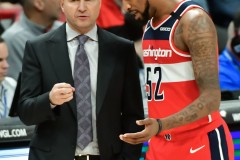 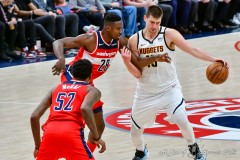 WASHINGTON — When it became apparent to the Washington Wizards that the hot hand of guard Ish Smith would be the one to lead them to an unexpected victory, Smith’s teammates made sure to do their best to put Ish in the best position to carry Washington home to victory.

Or, as teammate Troy Brown Jr. put it, “Give Ish the ball and get out of the way.”

Smith, a reserve guard, scored a career-high 32 points while Brown Jr. also provided a spark off the bench with 25 points and a career-high 14 rebounds as the Wizards defeated one of the top teams in the Western Conference, the Denver Nuggets, 128-114, on Saturday night.

Washington snapped a two-game losing streak as they played once again without Bradley Beal, and the scoring woes that plagued the Wizards in losses to Orlando and Portland did not creep up against Denver as six players scored in double figures.

Four of those players with 10 or more points for Washington came off the bench, and they led by Smith, who scored 11 points during a game-deciding 19-2 run by the Wizards in the fourth quarter after they found themselves down 101-99 with just over nine minutes left in the fourth.

Isaac Bonga had 15 points and Anzejs Pasecniks chipped in with 13, both coming off the bench for the Wizards.

Jamal Murray led all scores with 39 points, with all of his points coming after the first quarter. Nikola Jokic added 14 points and 10 rebounds, but Denver ended up shooting just 6-of-29 on three-pointers in losing their second game of three on their current five-game road swing.

“We didn’t show up,” said Nuggets head coach Michael Malone. “That was an embarrassing performance. We had a mindset that we’re just going to show up and win the game, maybe, because some of their starters were [out]. We got our ass kicked tonight.”

*Editor’s note: Above the byline is the photo gallery from Saturday evening’s game, with all photos taken by DC-area photographer Yusuf Abdullah. After clicking on the first photo to enlarge the picture, make sure to press the left and right arrow buttons to scroll through the rest of the pictures. There are 14 pictures in total.