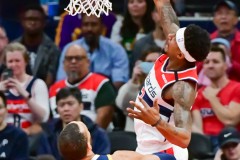 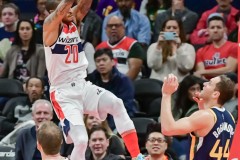 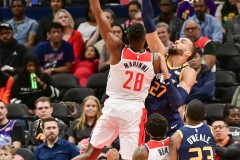 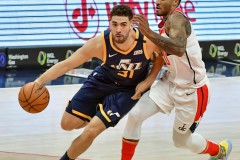 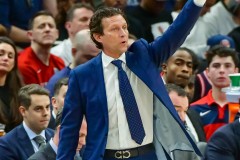 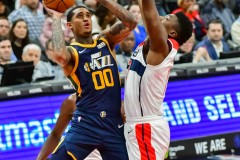 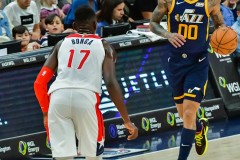 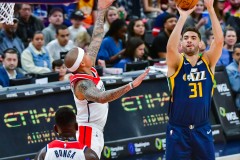 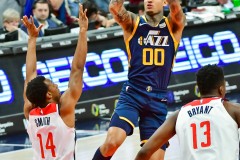 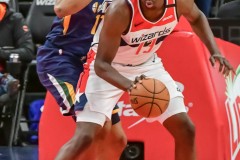 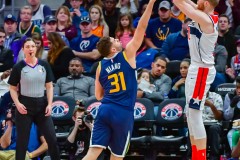 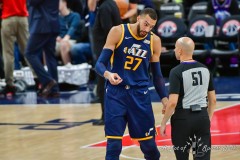 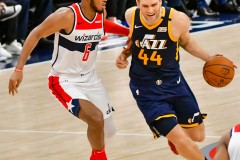 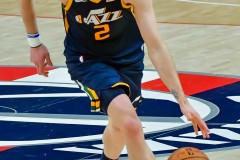 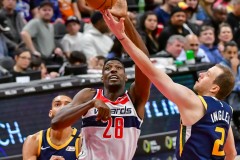 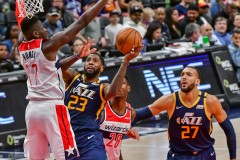 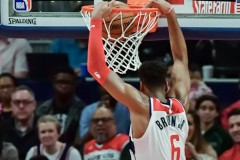 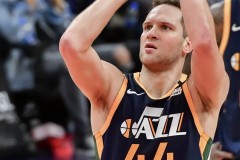 WASHINGTON — In the math field of statistics, one learns that correlation does not imply causation, meaning that a cause-and-effect relationship between two variables based only on a perceived association between them cannot be legitimately concluded. The Utah Jazz are using their NBA math to debunk that position, as their recent player acquisition continues to yield win after win for the hottest team in the league.

Reserve guard Jordan Clarkson scored 17 of his 23 points in the second half, helping to lead the Jazz to a come-from-behind 127-116 victory over the Washington Wizards on Sunday, Utah’s ninth-consecutive victory.

Former Wizard Bojan Bogdanovic scored 31 points and Rudy Gobert chipped in with 21 points and 14 rebounds as Utah’s recent run has now vaulted it into second place in the Western Conference, only behind the Los Angeles Lakers.

On Christmas Eve, one day after a defeat in Miami, the Jazz acquired Clarkson from the Cleveland Cavaliers to help bolster a bench that, at that time, was struggling to consistently provide a spark, as well a provide depth at the point guard spot after the injury to offseason signing Mike Conley Jr.

The deal for Clarkson has turned out to be the perfect Christmas present, as Utah has not lost since the trade.

On Sunday, the Jazz found themselves down 77-62 almost midway through the third the exploded with 21-3 run, as Clarkson’s layup with 4:18 left gave Utah an 81-80 lead. On the following possession, Clarkson nailed a floater to put Utah up three.

In a six-and-a-half-minute span between the end of the third quarter and beginning of the fourth, Clarkson scored 15 points. However, he would turn from go-to scorer to set-up man in closing things out for Utah, assisting on two of Rudy Gobert’s three dunks in the closing stages to seal the victory.

“He made some huge plays through the whole game, but especially at the end,” said Gobert. “Getting to the rim, getting fouled, finding the open way. He did a tremendous job.”

It was Gobert who received a technical foul early in the third quarter that helped spark the Wizards to its best stretch of the game, as it came in the midst of a 9-0 Washington run that have the Wizards a 77-62 lead. The last four points of that run came on jumpers by Bradley Beal, who returned to the lineup after missing five games due to right lower leg soreness.

Beal led all Wizards scorers with 25 points while another player just coming back from injury, Davis Bertans, scored 18 off the bench. It was not enough, however, as the Wizards’ three-game home winning streak, which included victories against top teams Denver and Boston, came to an end against another of the NBA’s elite.

“I think our aggression on both ends of the floor kind of slipped,” Beal said. “Turning the ball over, shot selection. Sometimes, we had a lot of one-pass shots, no-pass shots. We were kind of slow pushing the pace.”

*Editor’s note: Above the byline is the photo gallery from Sunday afternoon’s game, with all photos taken by DC-area photographer Yusuf Abdullah. After clicking on the first photo to enlarge the picture, make sure to press the left and right arrow buttons to scroll through the rest of the pictures. There are 18 pictures in total.