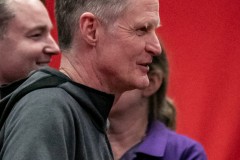 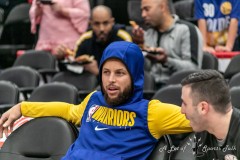 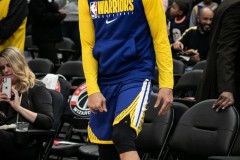 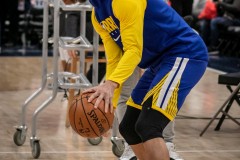 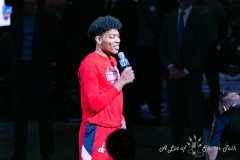 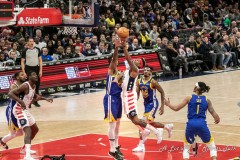 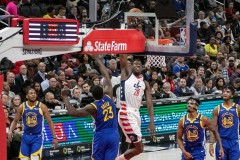 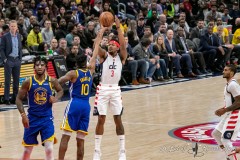 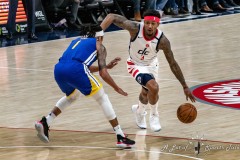 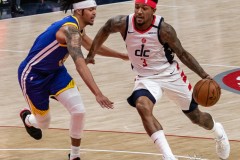 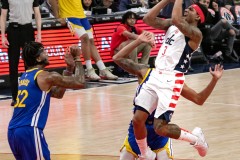 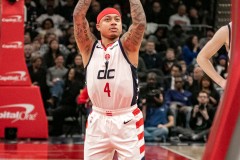 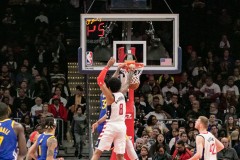 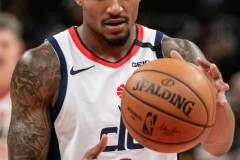 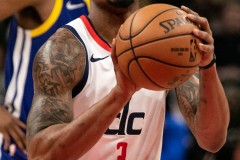 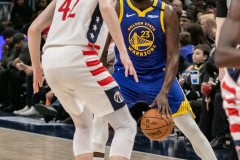 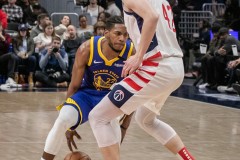 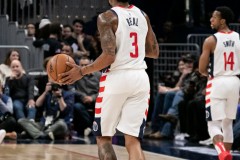 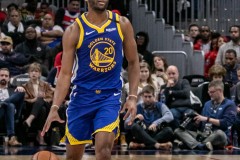 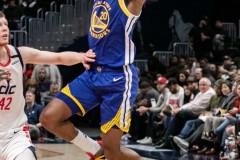 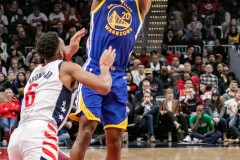 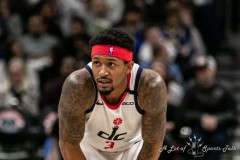 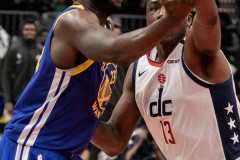 WASHINGTON — Just over a year ago, the Golden State Warriors treated basketball fans in the DC Area to another virtuoso performance as part of their dynastic run, with stars so recognizable that many identify them just by their mononyms: Steph, Klay, KD, and Draymond.

On Monday, the Warriors once again got the better of the Wizards in the nation’s capital, but with a cast of players who many causal fans could only identify with if they had that evening’s program guide in hand.

Alec Burks came off the bench to score 30 points to lead Golden State to a 125-117 victory over the Wizards at Capital One Arena, the Warriors’ second consecutive victory.

Glenn Robinson III, a relative no-name whose father was NBA All-Star Glenn “Big Dog” Robinson, chipped in with 22 points, seven assists and six rebounds while rookie Eric Paschall had 14 points and 10 rebounds in 24 minutes as a reserve.

Who were those guys in those blue uniforms? They’re the ones trying to replace the production of the injured or departed All-Stars, as well as the ones who just gave the Warriors only their third winning streak of what has been a challenging season.

“We are not turning it over and playing with really good pace,” said Warriors head coach Steve Kerr. “I think Draymond (Green) sets a good tone for us when he pushes the ball. Made or miss, when we get into our offense quickly, that’s a big help.”

That offense, led by Green and his near-triple-double stat line (12 points, 10 rebounds, seven assists), made 15 of 30 three-pointers while grabbing 12 offensive rebounds.

Golden State led by as many as 19 points in the third quarter before the Wizards, led by another scoring explosion from Bradley Beal, cut their deficit to 115-110 with 3:39 remaining.

Burks hit two free throws before Robinson III scored on a layup with 2:31 remaining to extend the lead to nine. With under a minute remaining, Burks’ three from the left corner sealed the win, Golden State’s sixth consecutive triumph against Washington.

“That’s a step in the right direction,” Green said. “A month or so ago, we would have lost that game when they cut it to five.”

Beal scored 43 points in the loss, the seventh consecutive game that he has gone for at least 30 points and the third-longest 30-plus scoring streak in team history.

“We did not come out to play with the right mindset,” Wizards head coach Scott Brooks said. “I don’t know what we were thinking, but we weren’t thinking the right things.”

*Editor’s note: Above the byline is the photo gallery from Monday evening’s game, with all photos taken by DC-area photographer Jennifer Schadoff. After clicking on the first photo to enlarge the picture, make sure to press the left and right arrow buttons to scroll through the rest of the pictures. There are 23 pictures in total.