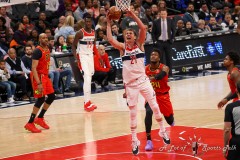 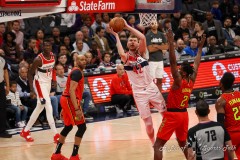 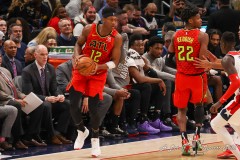 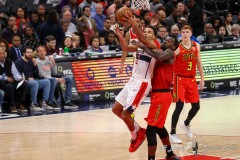 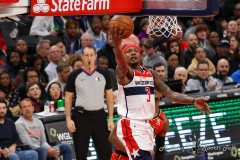 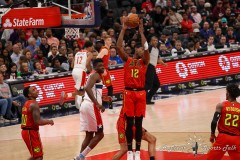 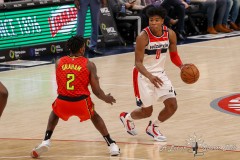 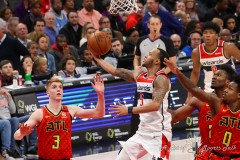 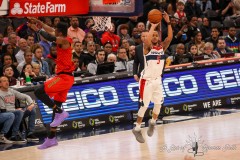 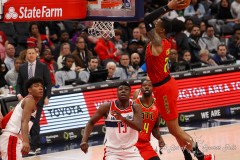 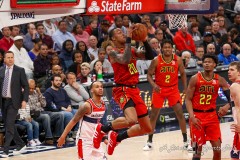 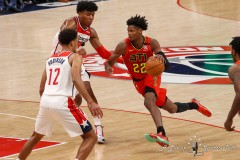 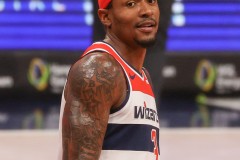 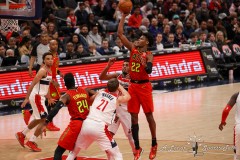 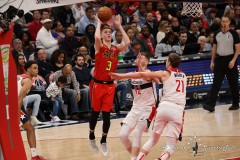 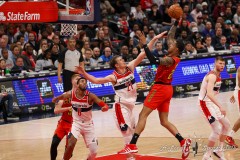 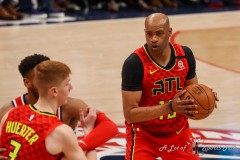 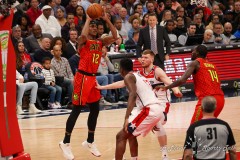 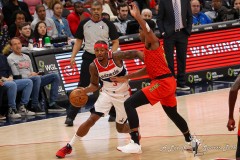 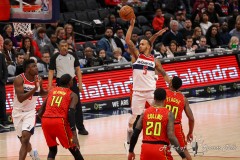 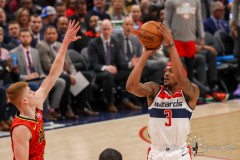 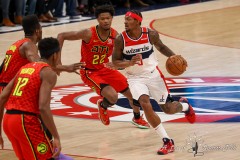 WASHINGTON — When the Atlanta Hawks lost its most productive player, promising second-year forward John Collins, for the rest of Monday night’s game due to injury right before halftime, the team would need a boost in the second half to maintain its momentum and try and end their long, Super Bowl-induced trek away from home on a positive note.

Stepping in to fill the void for the 21-year-old Collins was a man twice his age, who turned back the clock one more time in leading the young Hawks a road victory.

Vince Carter, 42 years young, made the most of his 15 minutes on the floor, scoring all 16 of his points in the second half in leading Atlanta to a 137-129 victory over the Washington Wizards at Capital One Arena, giving the Hawks their second consecutive win and just its second road winning streak of the season after winning in Phoenix on Saturday.

The win also gave the Hawks a winning road trip, going 4-3 on the road swing necessitated by the city of Atlanta hosting Super Bowl LIII. Carter helped to make the day after the Super Bowl a super Monday for the Hawks, making six of his eight shots from the field, including four 3-pointers.

“We’ve never been in a situation where we’ve played two weeks. Everybody is tired,” Carter said. “And we find a way to close a road trip and we didn’t lay down.”

Carter’s minutes tonight took a spike upward when Collins, who had 15 points and 11 rebounds in the first half, suffered a facial laceration due to an inadvertent elbow from Wizards forward Trevor Ariza as the latter missed a layup with five seconds remaining in the first half. Collins, who was bleeding profusely from the bridge of his nose, did not return to the contest, but Carter was there to pick up the slack.

“He knew John was out. He knew we needed every boost that we could get from another guy, and he was that guy tonight,” said Hawks head coach Lloyd Pierce. “It’s just a lot of fun as a fan. I think the fans here started rooting for Vince regardless of who they were really rooting for.”

In truth, it was a group effort in picking up for the loss of Collins, as nine different players (Collins included) scored in double figures; Carter, rookie Omari Spellman (16 points), Jeremy Lin (11) and Kent Bazemore (11) also scored at least 10 points as Atlanta made 20 of their 41 three-point attempts.

Beadley Beal led the Wizards with 27 points, 18 in the fourth quarter as Washington almost erased a 18-point second-half deficit. His three-pointer with 1:29 remaining cut Atlanta’s lead to 131-127, but Taurean Prince responded with a three late in the shot clock on the next possession to put the game on ice for the Hawks.

Jeff Green scored 26 points for the Wizards, Ariza went for 25 and Jordan McRae scored 20 points off the bench. McRae has seen his playing time increase over the past couple of weeks, and he has scored at least 10 points in three of his last five games.

“I’m just going out there and playing hard,” McRae said. “If I see an opening, I take it.”

*Editor’s note: Above the byline is the photo gallery from Monday evening’s game, with all photos taken by DC-area photographer Yusuf Abdullah. After clicking on the first photo to enlarge the picture, make sure to press the left and right arrow buttons to scroll through the rest of the pictures. There are currently 15 pictures in total.

*Editor’s note: Above the byline is the photo gallery from Friday evening’s game, with all photos taken by DC-area photographer Rodney Pierce. After clicking on the first photo to enlarge the picture, make sure to press the left and right arrow buttons to scroll through the rest of the pictures. There are 23 pictures in total.