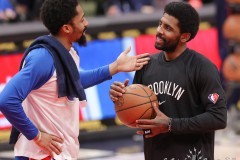 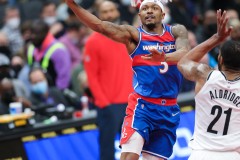 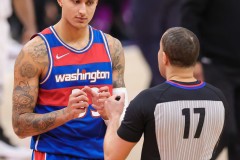 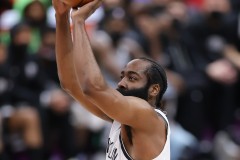 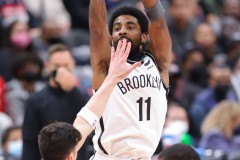 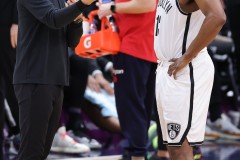 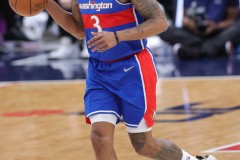 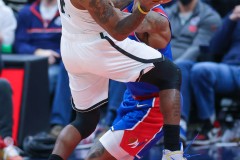 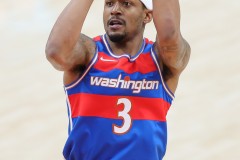 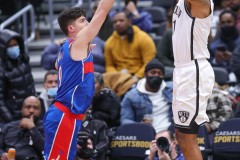 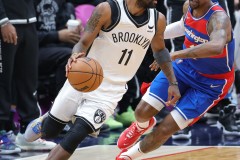 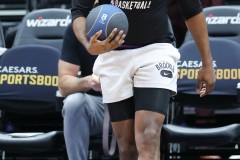 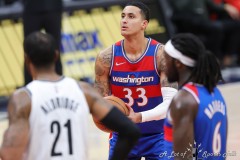 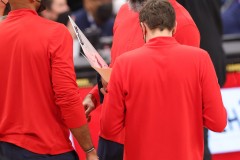 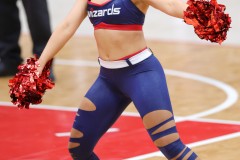 WASHINGTON — Not that the Brooklyn Nets need any type break to go their way to win games away from the Big Apple, given the talent it can bring onto the court on any given night. They sure did not mind a missed call on bizarre sequence that unfolded in the midway through the fourth quarter in the nation’s capital to record another tight victory in their travels.

Kyrie Irving scored 22 of his 30 points in the first half as the Nets, playing without an injured Kevin Durant for a second consecutive game, withstood a late rally to defeat the Washington Wizards 119-118 in the second game of a four-game road trip. LaMarcus Aldridge scored 27 points off the bench for the Nets while James Harden had 18 points, nine assists and eight rebounds as Brooklyn won just its fifth game in its last 12 outings.

Brooklyn improved to an Eastern Conference-best 16-5 on the road, a mark that should continue to be a sterling one because of the presence of Irving, who was activated by the team two weeks ago but whose unvaccinated status continues to rule him out of games played in New York because of a citywide mandate.

Obviously having him on the road has been a big plus for us,” Nets head coach Steve Nash said. “Tonight, he was brilliant.”

Brooklyn led by as many as 16 points midway through the third quarter, and were up 102-89 midway through the fourth before a 14-2 Wizards run, capped off by a monster dunk from Montrezl Harrell, cut the Nets’ lead to 104-103 with 6:39 remaining.

One minute with, with the Nets up 109-103, a Spencer Dinwiddie pass to Kyle Kuzma in front of the Nets bench was stolen by Kessler Edwards, but the ball clearly touched by a Nets assistant coach who reached out to touch the live ball. No official blew the whistle, and New York eventually opened up an eight-point advantage two possession later.

Kuzma, who has been one of the league’s best players in clutch situations this season, nailed a three-pointer with 37 seconds remaining to pull the Wizards within one, 119-118. After missed by both Irving and Harden on the other end, Washington had a couple of looks to win it. Kuzma’s three-pointer, along with a Dinwiddie three after an offensive rebound, missed off the rim right before time expired.

*Editor’s note: Above the byline is the photo gallery from Wednesday evening’s game, with all photos taken by DC-area photographer Clifford Ray Williams. After clicking on the first photo to enlarge the picture, make sure to press the left and right arrow buttons to scroll through the rest of the pictures. There are 15 pictures in total.