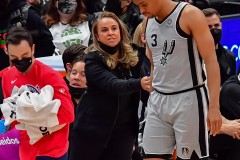 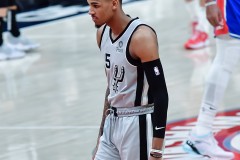 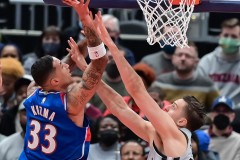 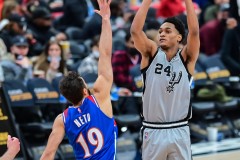 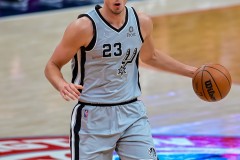 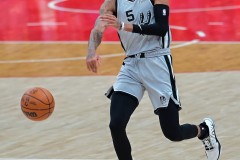 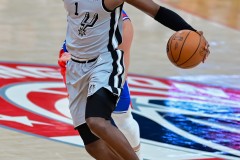 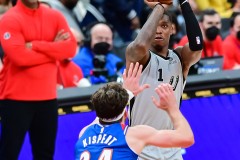 WASHINGTON — The main thing that newly-minted All-Star Dejounte Murray wanted to concentrate on were the six turnovers he committed in a game that needed 58 minutes of game action to complete. Hopefully he will forgive us for focusing on the good that he did in helping the San Antonio Spurs pull out a win in one of the most thrilling games of the NBA season.

Murray did more than make up for his faux pas by putting up 31 points, 13 rebounds and 14 assists, and his two clutch shots late lifted the Spurs to a 157-153 double overtime victory over the Washington Wizards at Capital One Arena in the first game after the All-Star Break for both teams.

*Editor’s note: Above the byline is the photo gallery from Friday evening’s game, with all photos taken by DC-area photographers Yusuf Abdullah and Kathy Williams-Edmonds. After clicking on the first photo to enlarge the picture, make sure to press the left and right arrow buttons to scroll through the rest of the pictures. There are eight pictures in total.