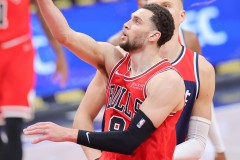 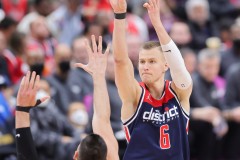 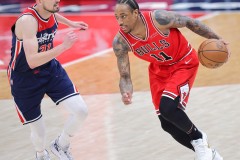 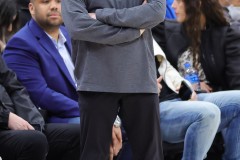 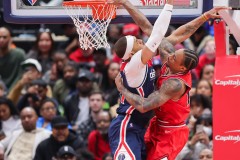 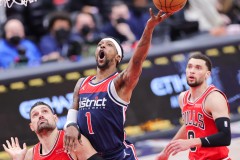 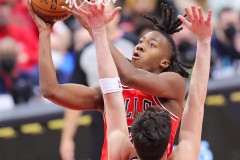 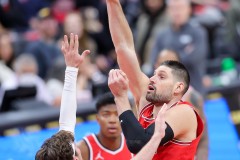 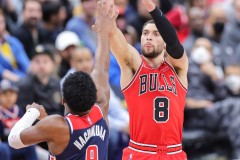 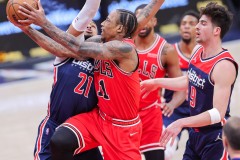 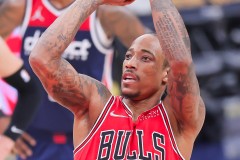 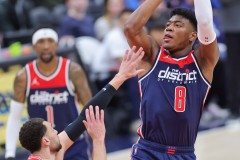 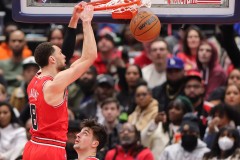 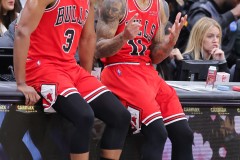 WASHINGTON — The roughest stretch of an otherwise successful regular season for the Chicago Bulls was not kind to them nor their hopes to avoid the play-in round before the NBA Playoffs. But as it prepared to end a long stretch away from the Windy City, star DeMar DeRozan pulled the team over the finish line just in time to head to their final stretch with a little more NBA Playoffs breathing room.

DeRozan scored 14 of his 32 points in the fourth quarter to break open a close game in leading the Bulls to a 107-94 victory over the Washington Wizards on Tuesday night. Nikola Vucevic had 27 points as the Bulls moved into sole possession of fifth place in the Eastern Conference standings with six games remaining, a half-game ahead ahead of Toronto and a game-and-a-half lead over seventh-place Cleveland. (The top six in the conference advance to the main draw of the NBA Playoffs while teams 7-10 will enter a play-in round for the final two spots.)

The Bulls had spent of the season at or near the top of the Eastern Conference, but the sailing was rough in March, as Chicago went into tonight with a 4-9 record in the month — and a 1-3 record so far on their current five-game road trip necessitated by the Midwest Regional Final of the NCAA Tournament taking place at the United Center. Tonight marked the end of the trip, with five of their final six games of the season being played in the Windy City.

DeRozan made sure the team returned home on a winning note. After missing 10 of his 12 shots in the first half, he lit up the Capital One Arena court in the final 24 minutes by going 10-of-15 from the field.

“I don’t let missed shots discourage me,” DeRozan said. “I’ve learned to have a short-term memory when it comes to missing shots. You’ve just got to keep going.”

*Editor’s note: Above the byline is the photo gallery from Tuesday evening’s game, with all photos taken by DC-area photographer Clifford Ray Williams. After clicking on the first photo to enlarge the picture, make sure to press the left and right arrow buttons to scroll through the rest of the pictures. There are 14 pictures in total.