Drop and Give Them 20…Again (Snap Judgments: La Salle at Fordham) 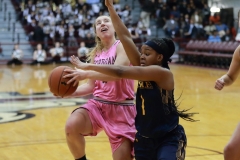 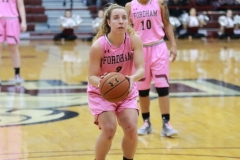 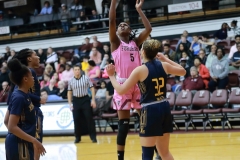 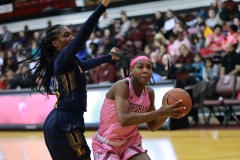 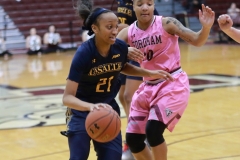 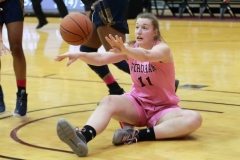 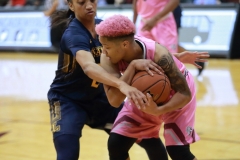 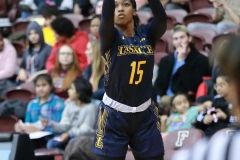 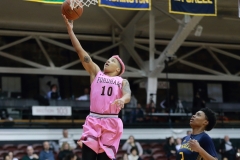 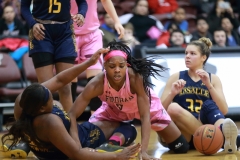 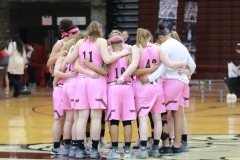 NEW YORK — If reaching the 20-win mark is one of the indicators of what makes up a successful season in college basketball, the Fordham women’s basketball team has quickly turned into one of the more successful programs in the Northeast.

The latest achievement came this past Tuesday as the Rams defeated Atlantic 10 Conference rival La Salle 66-45, giving Fordham its third consecutive victory and the 20th win on the season. Under seventh-year head coach Stephanie Gaitley, the Rams have now reached 20 wins in a season for a fifth time – exactly half of the number of 20-win seasons Fordham has record in its women’s basketball history (10).

Three players scored in double figures for the Rams, led by G’mrice Davis’ 18 points. Lauren Holden had 16 points and Bre Cavanaugh had 15 points as both went 5-for-11 from the field.

While the Rams’ record of 20-6 puts them in the discussion for a possible NCAA Tournament at-large bid, their RPI rating of 76 probably would have them on the outside looking in at the NCAA Tournament if they do not win the Atlantic 10 Conference Tournament. Fortunately – or maybe unfortunately – Fordham has its two toughest games in conference play coming up in the next two games, playing in Dayton against the Flyers (20-4, RPI: 36) on Sunday and then traveling to Pittsburgh on Wednesday to meet up with Duquesne (21-5, RPI: 58). Fordham ends its season at home next Saturday against Saint Joseph’s.

*Editor’s note: Above the byline and story is the photo gallery from Tuesday evening’s game, with all photos taken by our senior photographer, Robert Cole. After clicking on the first photo to enlarge the picture, make sure to press the left and right arrow buttons to scroll through the rest of the pictures. There are 11 pictures in total.