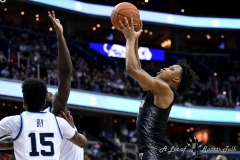 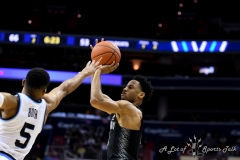 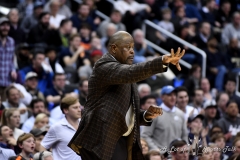 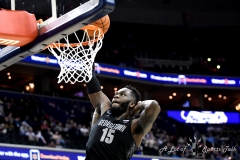 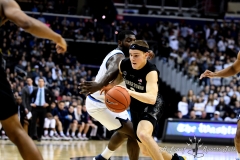 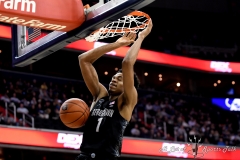 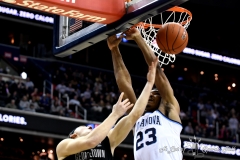 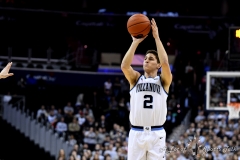 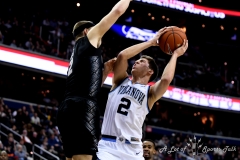 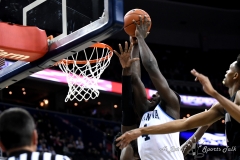 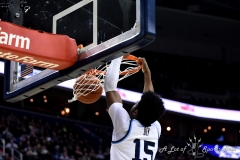 WASHINGTON — One would believe that the son of Georgetown head coach Patrick Ewing sent along a few good wishes to his father before the Hoyas took the floor against one of the top teams in the country on Wednesday. However, one message his son did end up delivering to his legendary dad resonated as the Hoyas finally came through against a ranked opponent under his watch.

Center Jessie Govan produced a double-double with 21 points and 11 rebounds while guard Mac McClung also poured in 21 points as the Hoyas dominated No. 17 Villanova 85-73, snapping the Wildcats’ nine-game win streak in the series. The win for the Hoyas was also the first win against a ranked opponent since 2017 and the first win of that caliber under Ewing in eight attempts against ranked opponents.

Ewing was well aware of the drought his team had against ranked teams before the game, as he was reminded of that by none other than his family.

“My son brought that to my attention, by the way,” Ewing said after the game.

“We have to build on this,” Ewing continued. “It can’t be just a one-game thing. We have five more games to go and our dreams and our goals are to make the NCAA Tournament.”

Georgetown (16-10, 6-7 Big East) is still a long shot to make the NCAA Tournament outside of winning the Big East Tournament and the automatic bid that comes with it, but their play against the Wildcats showed they have the talent and capability of running the table in the regular season and/or in New York City. McClung scored 17 of his points in the first half as the Hoyas opened up a 42-32 halftime lead.

The Hoyas hit seven of their 18 three-point attempts in the first 20 minutes, with McClung hitting four of those long-range efforts. He made up for his subpar performance against the Wildcats in Philadelphia on Feb. 3, when he went 2-for-11 and scored four points in a 12-point loss by Georgetown.

“We knew he was much better than how he played against us the first time,” Villanova head coach Jay Wright said.

Villanova (20-7, 11-3), one game after shooting just 11-for-35 from outside the arc in a stunning come-from-ahead loss to St. John’s in New York City on Sunday, was even worse with its three-point shooting tonight in going 9-for-38. Phil Booth led the Wildcats with 26 points while Eric Paschall had 16.

The loss gave Villanova back-to-back defeats in league play for the first time since 2013 — before the conference’s latest realignment — a span of 104 games.

*Editor’s note: Above the byline is the photo gallery from Wednesday evening’s game, with all photos taken by DC-Area photographer Ron Bailey. After clicking on the first photo to enlarge the picture, make sure to press the left and right arrow buttons to scroll through the rest of the pictures. There are 11 pictures in total.