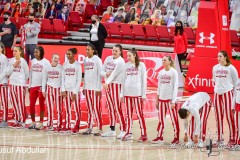 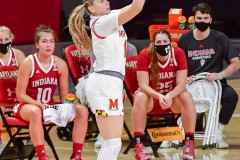 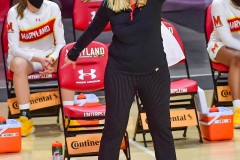 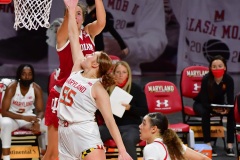 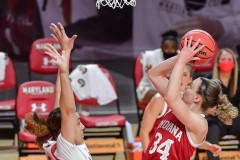 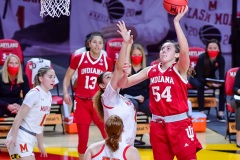 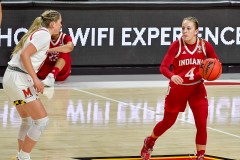 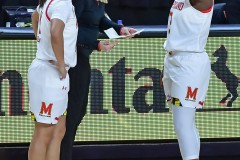 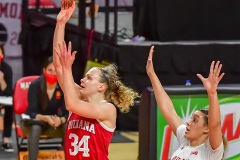 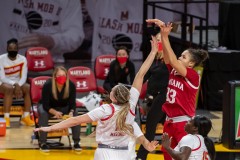 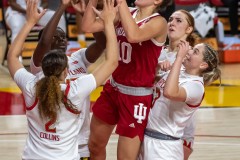 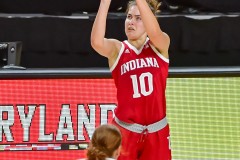 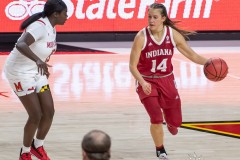 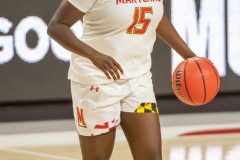 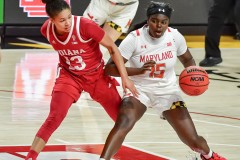 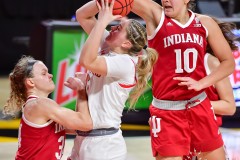 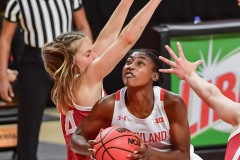 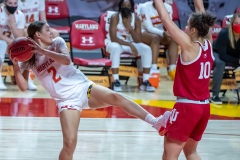 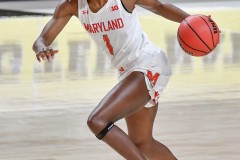 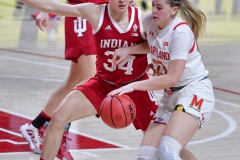 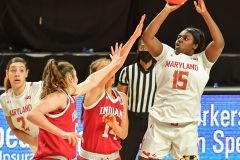 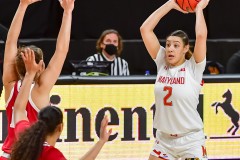 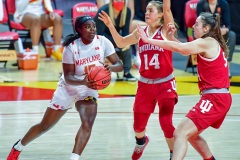 COLLEGE PARK, Md. — The Maryland Terrapins knew that the team coming into their house on Monday night was the same team predicted by the all-knowings in Big Ten Conference coaching and media circles to knock them off of their near-permanent perch at the top of the conference in 2021. It took the first two minutes of the game for the Terps to remind everyone that they don’t plan on ceding their conference hegemony anytime soon, and the final seconds of the contest to prove the young team’s resolve in key moments late.

Ashley Owusu and Diamond Miller each scored 20 points, with Owusu hitting the game-winning free throw with four seconds remaining as No. 12 Maryland defeated No. 19 Indiana 84-80 in a nationally-televised affair at the XFINITY Center. Dating back to last season, and including their 2020 Big Ten Tournament title run, the Terrapins have won 20 consecutive games against Big Ten opponents.

Despite that dominance, the Terrapins, who lost all five starters from last season’s team that ended the campaign with 17 consecutive victories, were not picked to win the league in the preseason, with that distinction going to the Hoosiers, who have all five starters back from a historic 24-win season. In its lone meeting with Indiana in the regular season for this season, Maryland sent a message from the tip by going on a 10-0 run in the game’s first 116 seconds. After Harvard transfer Katie Benzan hit a three on Maryland’s first possession, Owusu assisted on Benzan’s second three-pointer, came up with a steal and outlet pass for a Miller fast-break layup and hit a step-back jumper that forced the Hoosiers into an early timeout.

“Really proud of how we jumped out to start the game. You could tell we were fired up from the tip and made a statement,” said Maryland head coach Brenda Frese. “I think you saw in the second quarter when Indiana responded, I thought they really hurt us on the glass and did a terrific job going into halftime punishing us on the glass.”

Though the Terrapins ended the first quarter 23-9 and lead by 12 at halftime, the Hoosiers started the third quarter a 12-2 run, with Grace Berger’s jumper cutting Maryland’s lead to 43-41 with 6:07 remaining in the third. That’s as close as Indiana would get, however, as Maryland responded immediately with a 7-0 run, started by a Chloe Bibby three-pointer, and the lead soon ballooned to 14 at 61-47 to end the quarter.

Maryland opened up its biggest lead of 16 early in the fourth quarter and held on when Indiana made a late comeback, with Ali Patberg’s three-pointer with five seconds left cutting the Terrapins’ lead to 83-80. Owusu hit the second of two free throws after being fouled to ice the game.

Berger led all scorers with 26 points, with 16 of those coming after halftime for the Hoosiers. She also contributed seven assists, while Mackenzie Holmes came up with 18 points and 11 rebounds. Indiana shot 54 percent in the second half (22-for-41) after shooting just 35 percent (13-for-37) in the game’s first 20 minutes.

*Editor’s note: Above the byline is the photo gallery from Monday evening’s game, with all the photos produced by DC-area photographer Yusuf Abdullah. After clicking on the first photo to enlarge the picture, make sure to press the left and right arrow buttons to scroll through the rest of the pictures. There are 23 pictures in total. 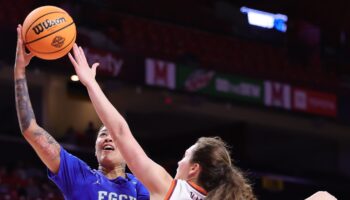