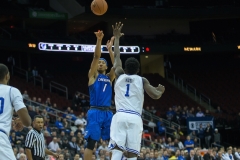 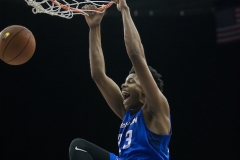 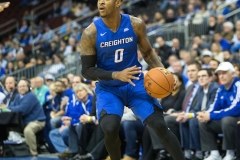 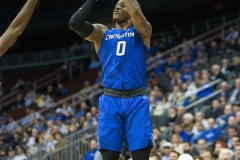 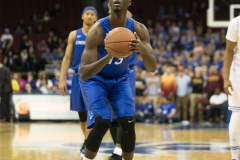 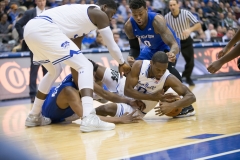 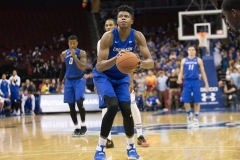 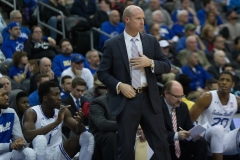 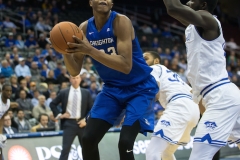 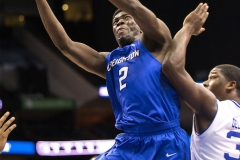 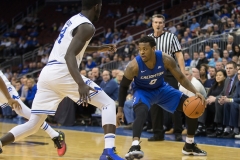 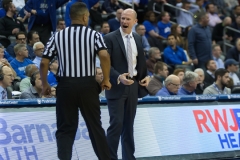 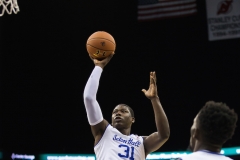 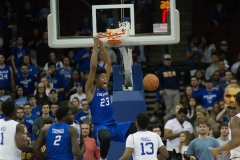 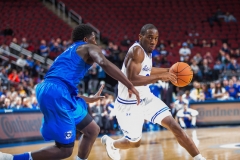 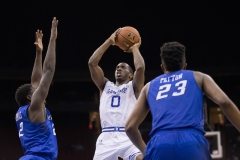 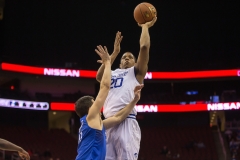 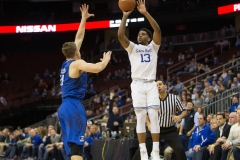 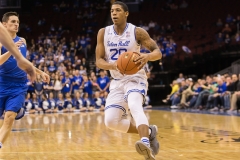 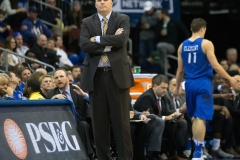 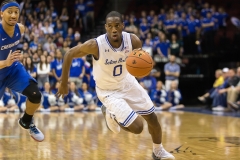 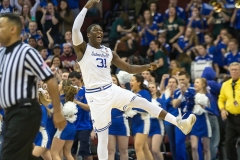 After a subpar performance in the team’s last outing, a road loss to St. John’s, Seton Hall junior guard Khadeen Carrington assured his head coach, Kevin Willard, that he would be at his best in the team’s next outing and for the rest of the season. He sure made good on his word on Wednesday, and did so against one of the Big East’s best no less.

Carrington scored in every way imaginable, accumulating a career-high 41 points in Seton Hall’s 87-81 victory over No. 20 Creighton. Along with moving one step closer to the .500 mark in conference play, Seton Hall took another big step towards cementing an NCAA Tournament bid for 2017, which would mark the first time the school would appear in the Big Dance in back-to-back seasons since 1993-94. Of all of the points he scored, Carrington’s biggest play came on the defensive end; After making two free throws to give the Pirates an 83-79 lead with 19 seconds remaining, Carrington went to a dive to steal the rolled-in inbounds pass to Creighton’s Marcus Foster. Almost seemingly in one motion, Carrington dove onto the court, stopped the ball and then got up to dribble towards the basket. His subsequent slam dunk put the game on ice and sent the Prudential Center crowd into a frenzy.

Along with his 41 points, Carrington added seven assists and five rebounds, all while committing only one turnover in 38 minutes of game action. Center Angel Delgado took care of business inside for the Pirates, scoring 17 points and hauling down 17 rebounds – nine of those on the offensive glass.

Three players scored in double figures for the visiting Bluejays (21-5, 8-5), led by Marcus Foster’s 23 points. Creighton, after losing star point guard Maurice Watson Jr. to an ACL tear on Jan. 16, have since gone 3-4 after an 18-1 start to the season.

There are 22 photos in this gallery, and, after clicking on one to enlarge, make sure to press the left and right arrow buttons to scroll through the rest of the pictures.