Down and Distance: Week 5

Where’s your favorite team at the quarter pole of the season? If you’re fans in Atlanta or Carolina, you’re ecstatic. If it’s not where you want them to be, you can take pleasure in the fact that they’re not in the same situation as the Miami Dolphins.

In our latest episode of Down and Distance, we take a look at which of the two 4-0 teams in the NFC South has more staying power, the Falcons or the Panthers. Also, we discuss the near toxic situation that’s going on in Miami, as Joe Philbin ended up being the first coaching casualty this season when he was fired by the Dolphins after their loss to the New York Jets in London last week. Part of the dissension in the Dolphins’ ranks includes an incident reported by the National Football Post that stated that Ryan Tannehill made disparaging comments to members of the practice squad when they made good plays at his expense.

On Second Down, we have a one-on-one interview with New York Giants offensive lineman Justin Pugh as the Big Blue have righted the ship with two wins on the spin after two close losses to begin the season. In the interview, Justin explains how they’ve been able to turn around their season, the toughness of the Giants’ run defense and why he almost had to part ways with his trademark manicured beard earlier in the season.

Third Down brings a preview of, and predictions on, eight different games in Week Five of the season, including whether the Cincinnati Bengals can continue their winning ways, or will the Seattle Seahawks go on the road and knock off the undefeated Bengals in Cincinnati. On fourth down, Holly ponders whether Julio Jones, Antonio Brown or any wide receiver this season can join Jerry Rice (1995) and Calvin Johnson (2012) in the 1,800-yard club in terms of receiving yards in a single season. 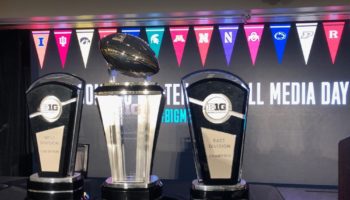 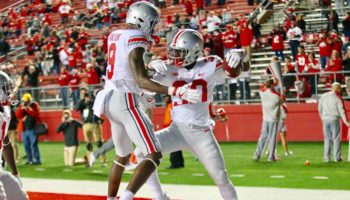