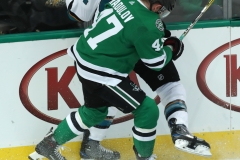 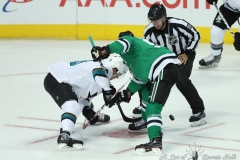 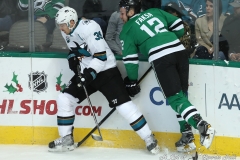 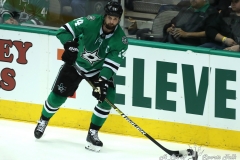 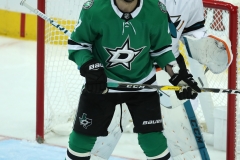 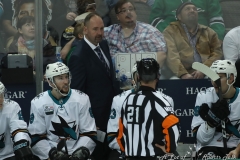 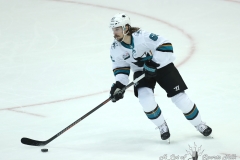 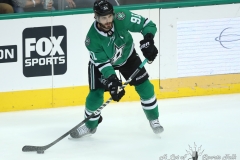 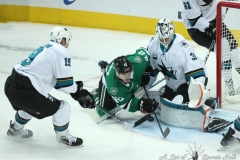 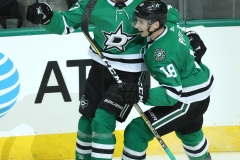 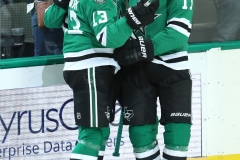 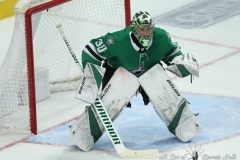 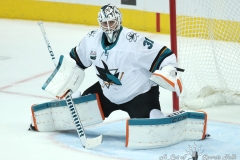 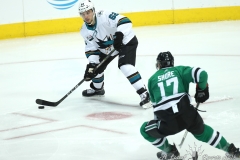 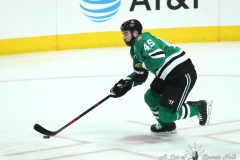 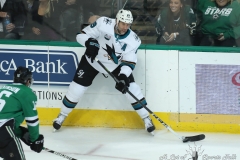 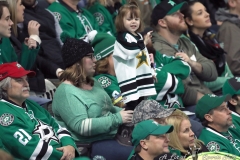 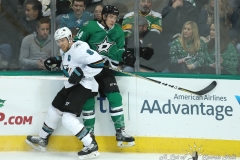 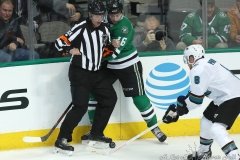 DALLAS — Though the Dallas Stars trailed going into the first intermission on Friday night, they knew their arrears could have been much worse if not for the stellar play of goalkeeper Ben Bishop. As Bishop’s imperious form continued throughout the rest of the game, his teammates raised their level to continue their winning ways.

Bishop wound up making 41 saves while Miro Heiskanen and Brett Ritchie scored in quick succession in the third period to break a tie and give the Stars a 3-2 victory over the San Jose Sharks, Dallas’s fourth consecutive victory.

San Jose continued a troubling trend for Dallas this season, as the Stars were outshot for the 13th time in its last 16 contests. But Bishop and backup goalkeeper Anton Khudobin have been rock solid in goal all year, keeping the Stars in most of those games. It was Bishop’s turn tonight, and he followed up his 12 saves in the first period with 14 more in a flawless second period before turning away 15 in the third period to secure another Dallas victory.

“Ben Bishop’s the reason why we won that game,” said Stars head coach Jim Montgomery. “We were bad in the first [period], and thank God Ben Bishop wasn’t.”

San Jose made their dominance to start the game count at 9:22 of the first, with Evander Kane scoring his eighth goal of the season and first since Nov. 17, a span of nine games. Dallas scored the only goal in the second at 14:05, with Mattias Janmark scoring to even the game.

Bishop came up with a big save on a 2-on-0 break early in the second, as he made saves on both Timo Meier and Evander Kane on the breakaway before the play was whistled dead as the official lost sight of the puck. Marcus Sorensen jammed the puck into the net, but the officials ruled the whistle had been blown beforehand, negating the goal.

Dallas scored two goals in a span of 1:48 of the third period to take control of the game. Heiskanen took a drop pass from Tyler Pitlick on the top of the right circle and fired a wrist shot past Sharks goalkeeper Martin Jones to break the deadlock.

Ritchie then took a pass from Devin Shore on a 2-on-1 and scored past Jones to double the lead.

“The last period was good for us, and it was a fun way to win this game,” Heiskanen said.

Logan Couture scored 33 seconds after Ritchie’s goal to cut San Jose’s deficit to 3-2 but that was the only shot out of 16 that beat Bishop in a hectic third period. The Sharks saw a two-game winning streak snapped.

“One-goal leads, two-goal leads, teams are coming back on us because we’re not finishing,” said Kane. “We need to ramp up the intensity.”

*Editor’s note: Above the byline is the photo gallery from Friday’s game, with all photos taken by Dallas-area photographer Ross James. After clicking on the first photo to enlarge the picture, make sure to press the left and right arrow buttons to scroll through the rest of the pictures. There are 19 pictures in total.