No Misery Away From Missouri (Reaching for the Stars; 2019 Stanley Cup Playoffs Second Round — Game 3) 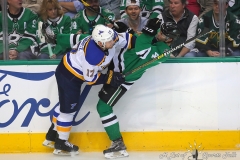 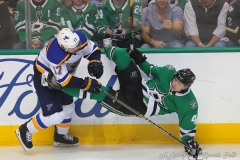 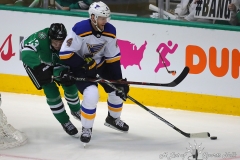 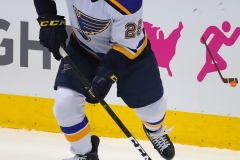 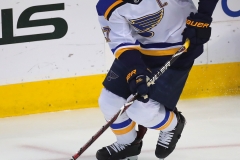 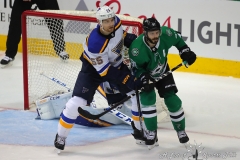 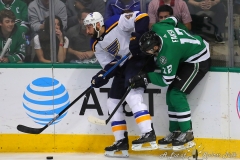 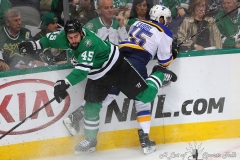 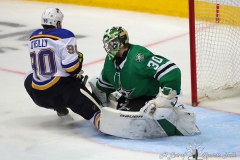 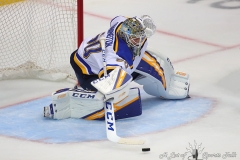 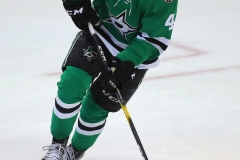 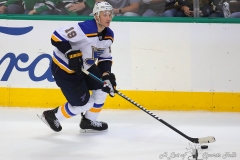 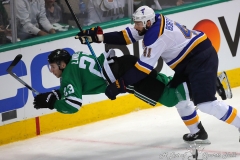 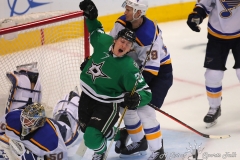 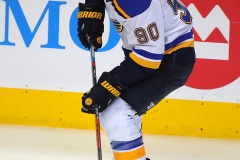 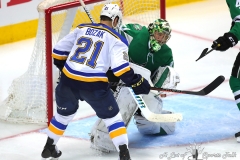 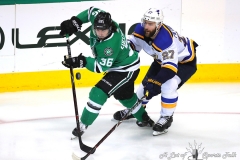 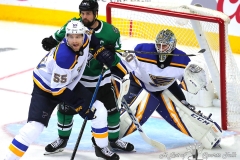 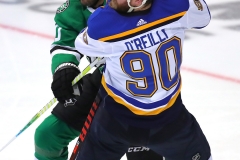 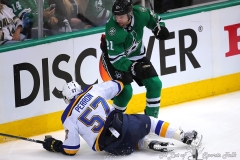 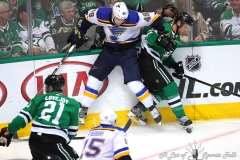 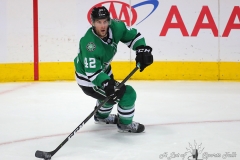 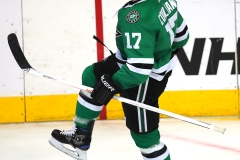 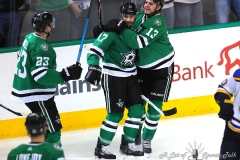 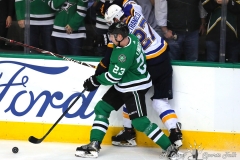 DALLAS — The second the St. Louis Blues ceded home-ice advantage when they lost Game 2 of their second-round series in the Stanley Cup Playoffs of Saturday, an argument could easily be made that the Blues were in an even better position to succeed immediately after that defeat, given their road form in the postseason so far.

After a topsy-turvy third period on Monday night away from the shadow of the Gateway Arch, St. Louis once again earned its burgeoning reputation as road warriors during the NHL’s second season.

Pat Maroon scored on a shot in front with 1:38 remaining, the fourth goal combined in a span of 5:22 late in the third period, to lift the Blues to a 4-3 victory over the Dallas Stars in a thrill-a-minute Game 3 at American Airlines Center. Jaden Schwartz, Tyler Bozak and captain Alex Pietrangelo also scored for St. Louis, who earned their fourth win out of four games on the road in the playoffs after winning all three contests away from home in their series victory over the Winnipeg Jets in the first round.

“I can’t explain it. We’ve been a good road team all year,” said Blues head coach Craig Berube. “Right from the get-go, we were engaged right away in the game. We were aggressive. Sets the tone for us in the game.”

Both teams scored twice in the last 5 1/2 minutes, with the winner coming when Maroon took possession of the puck just to the right of the Stars goal after defenseman Jay Bouwmeester banked a shot-pass off the boards and flipped a shot over the shoulder of goalkeeper Ben Bishop and into the net.

Maroon, born and raised in St. Louis and playing in his first season with the Blues after signing with the team as an unrestricted free agent last offseason, scored his second goal of this year’s playoffs.

“I think I just had more time to use my hands,” Maroon said. “Usually, I’m muffing it into the [goaltender’s] pads. But I got it up quick, and I’ve been working on that in practice, just taking it from the back of the net and trying to lift it instead of just putting it into the pads. Got one through tonight.”

Down 2-1 to start the third period, Dallas tied the game on two separate occasions late in the third, starting with Andrew Cogliano’s shorthanded goal at 13:06. Cogliano pounced on a rebound after the puck sat in the crease after a centering pass from Mattias Janmark on a 2-on-1 was initially deflected by Blues goalkeeper Jordan Binnington.

Just 78 seconds later, the Blues took the lead again at 3-2 when Pietrangelo took a cross-ice pass from defense partner Bouwmeester and one-timed a shot from the left point that sailed into the net and over the right shoulder of Bishop. Dallas tied the score once more, and just 88 seconds after Pietrangelo’s goal, when Tyler Seguin tapped in a perfect centering feed from Miro Heiskanen at 15:52 of the third to mark the Stars’ third comeback from a one-goal deficit in the game.

Seguin’s goal appeared to have sent the contest to overtime, but Maroon had other ideas in the dying seconds.

“You see the amount of times we came back. It’s frustrating to lose a game like that,” said Stars center Jason Spezza, who had an assist in the game. “It wasn’t our best game and we still had a chance to win.”

Dallas ended the game on the power play after Blues defenseman Colton Parayko committed a delay of game penalty with 44 seconds left, but St. Louis blocked three shots and did not allow a shot on goal during the penalty kill to see off the final frenetic minute and hold on for the win.

“It was a great playoff game. It was back and forth, both teams were giving what they had,” Stars coach Jim Montgomery said. “I just thought the Blues did a better job possessing pucks in the offensive zone than we did.”

St. Louis scored just 1:27 into the game when Schwartz deflected a shot from Parayko past Bishop, but Dallas managed to send the game into the first intermission tied at 1-1 after Alexander Radulov scored on the power play at 17:12.

Bozak reclaimed the lead for St. Louis with the only goal of the second, stuffing home a rebound off of a shot from Robert Thomas almost midway through the period.

*Editor’s note: Above the byline is the photo gallery from Monday’s game, with all photos taken by Dallas-area photographer Ross James. After clicking on the first photo to enlarge the picture, make sure to press the left and right arrow buttons to scroll through the rest of the pictures. There are 25 pictures in total.

That’s Much More Like It (Celtics-Bucks Recap; 2019 NBA Playoffs Second Round — Game 2)