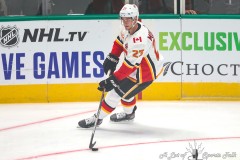 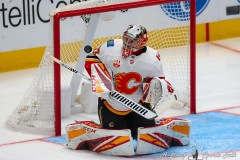 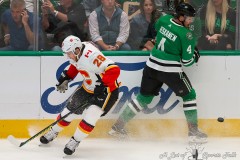 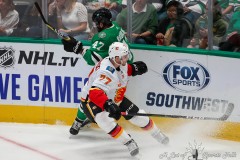 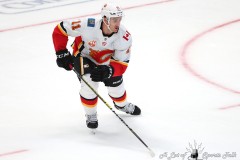 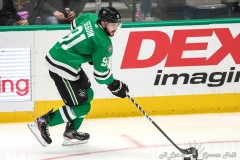 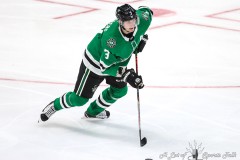 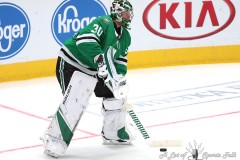 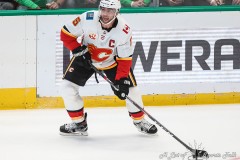 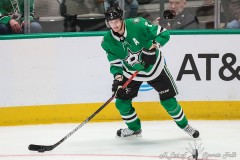 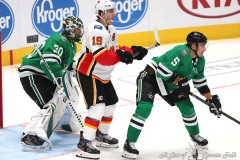 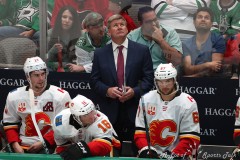 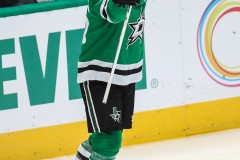 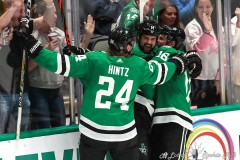 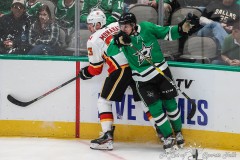 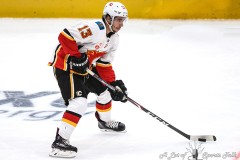 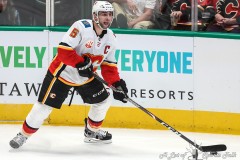 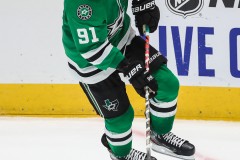 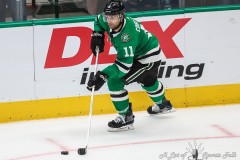 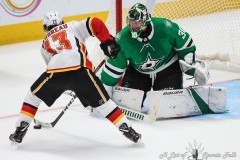 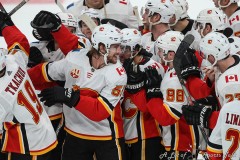 DALLAS — Johnny Gaudreau had the worst seat inside of American Airlines Arena for the second goal his team gave up in falling deeper in arrears, forcing the team to have to play catch-up. Gaudreau also had the best view of the game-winning tally, one that also was atonement for his previous transgressions.

Gaudreau scored a sleight-of-hand goal in the third-round of the shootout as the Flames came from behind to defeat the Dallas Stars 3-2 on Thursday night. Elias Lindholm and Noah Hanifin scored in the third period for Calgary in erasing a 2-0 deficit in the final 20 minutes of regulation.

David Rittich made 34 saves for the Flames, including one on a penalty shot by Alexander Radulov with 20.8 seconds remaining in the overtime period.

As the shootout started, Gaudreau was just coming back from the tunnel and to the bench, missing the first round of the shootout. But he made it back soon enough to put an end to the contest with his goal on Stars goalie Ben Bishop.

“I was pretty tired, so I didn’t really want to watch,” Gaudreau said.

Gaudreau had to watch Dallas’ second goal of the contest from the penalty box, as Jamie Benn scored just nine seconds into the third period to give the Stars a 2-0 lead. The high-sticking penalty from Gaudreau that led to Benn’s tally was the second penalty Gaudreau committed in the period, marking the first time in over a year that he committed two penalties in the same game.

Calgary quickly responded to Benn’s goal and tied the game with two goals in the span of two minutes and 43 seconds. Elias Lindholm fired a wrist shot past Bishop on the power play at 2:49 to halve the Stars lead before Noah Hanifin’s goal at 5:32 tied the score.

Dallas had a glorious opportunity to earn the two points when Radulov earned a penalty shot after being tripped up by Flames captain Mark Giordano on a breakaway with 20.8 seconds left in overtime. Rittich stood tall in net, making the save on a Radulov forehand on the ensuing penalty shot.

“The big save on the penalty shot was huge,” Flames coach Bill Peters said. “We got stuck out there for a little bit on that first shift [in overtime], and those guys were tired. We found a way to hang on to the puck a little more as overtime went along, and then a real good job by the guys in the shootout, [Rittich] included.”

Rittich made 15 of his 34 saved in the second period before making four more saves in the five-minute overtime session.

“We were hungry. It’s a good two points for us, and I’m glad we scored those two goals,” Riitich said. “We didn’t give up and we kept pushing, so it’s good for us.”

Joel L’Esperance scored with 3:21 remaining in the second period to open the game’s scoring for the Stars. Benn doubled the lead in the third, but it was his turnover in the offensive zone that led to a 2-on-1 opportunity for Calgary that eventually led to the Flames’ game-tying goal.

“I mean, we had the effort tonight,” Benn said. “Pretty much the deciding play was my turnover in the third. It’s a stupid play and it cost us, and the game shouldn’t have even gone into overtime or shootout.”

*Editor’s note: Above the byline is the photo gallery from Thursday’s game, with all photos taken by Dallas-area photographer Ross James. After clicking on the first photo to enlarge the picture, make sure to press the left and right arrow buttons to scroll through the rest of the pictures. There are 21 pictures in total.