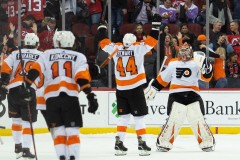 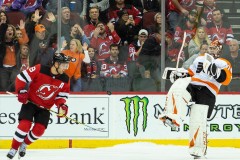 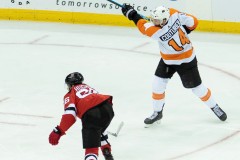 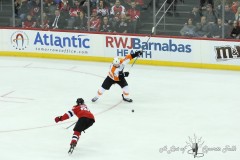 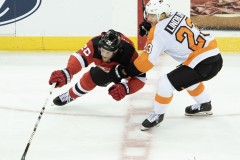 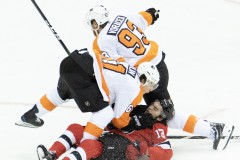 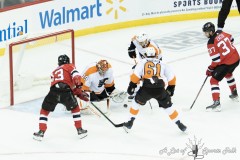 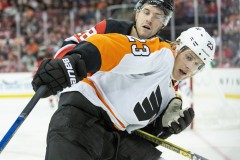 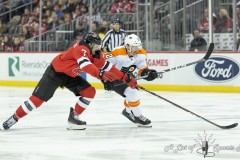 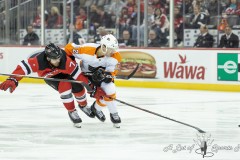 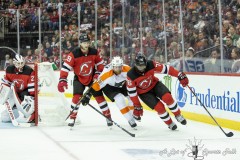 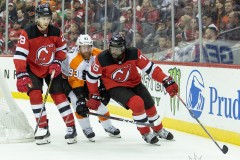 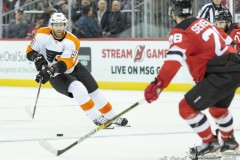 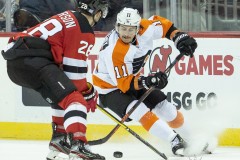 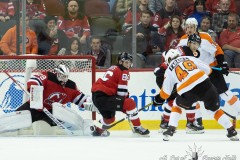 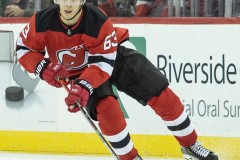 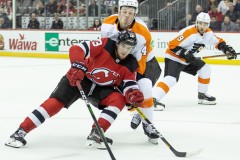 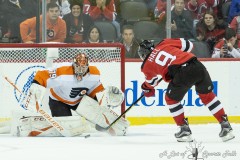 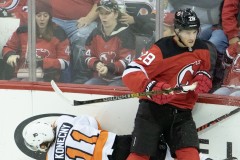 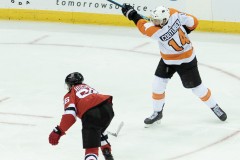 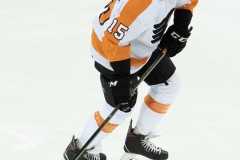 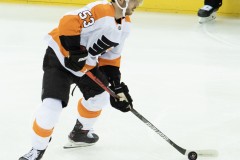 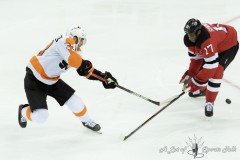 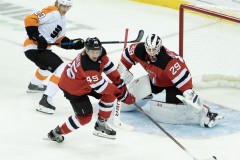 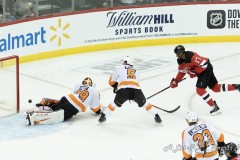 NEWARK, N.J. — Staring down the other end of the ice soon after doing his part in keeping the Philadelphia Flyers’ hopes of a win intact, goalkeeper Carter Hart saw teammate Sean Couturier skate down for his shootout attempt and thought about the number of times he himself had been beat by one specific move from Couturier during shootout practice. Couturier’s trick shot came out one more time in Hart’s presence on Friday, but fortunately for Hart, he did not have to try and stop it.

And fortunately for the Flyers, Couturier and his sleight of hand beat a different goaltender and have Philadelphia two points.

Couturier’s forehand-to-backhand one-hand finish was the only goal in the shootout on the Flyers’ 3-2 victory over the New Jersey Devils, snapping a two-game losing streak in the process. Both teams were coming off losses in which they allowed seven goals, but the taut, intense affair was decided by a moment of magic.

Magic that had only been seen during practice, at least until Couturier decided to break out the move right before his turn in the shootout after both teams missed their first two chances.

*Editor’s note: Above the byline is the photo gallery from Friday evening’s game, with all photos taken by ALOST photographer Arturo Holmes. After clicking on the first photo to enlarge the picture, make sure to press the left and right arrow buttons to scroll through the rest of the pictures. There are currently four pictures in total. 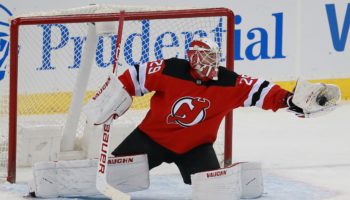 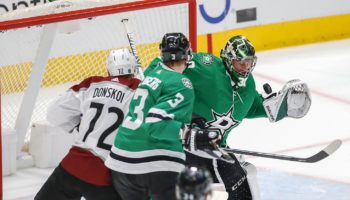 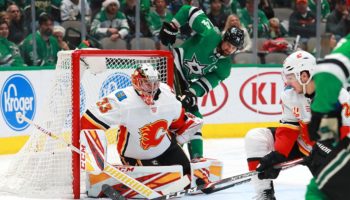 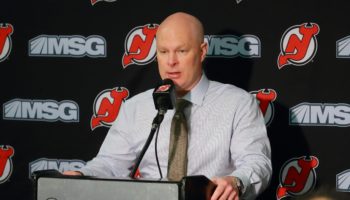