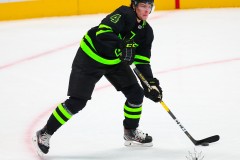 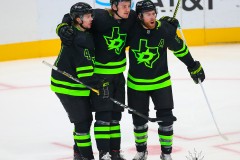 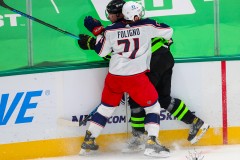 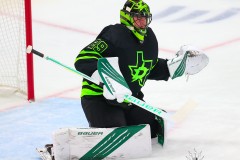 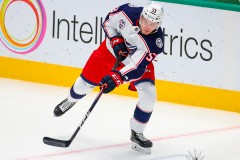 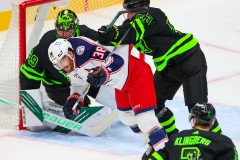 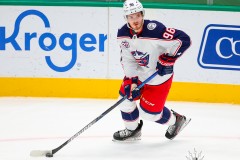 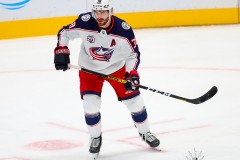 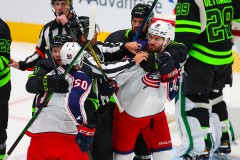 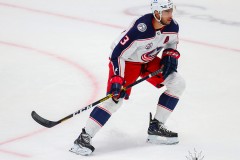 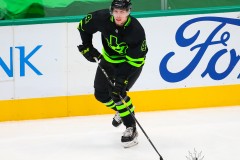 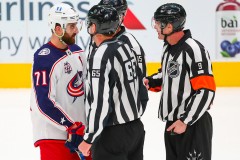 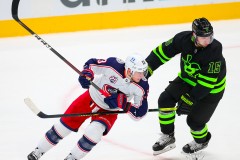 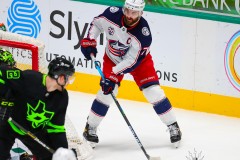 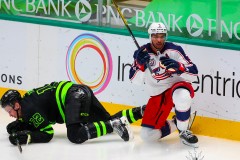 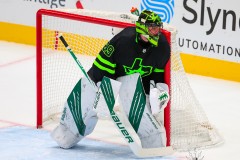 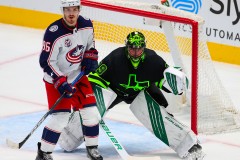 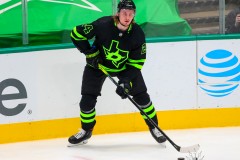 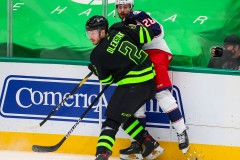 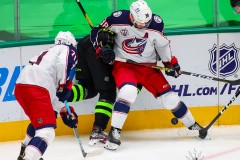 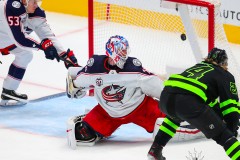 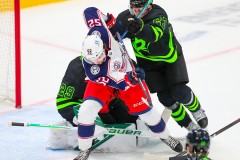 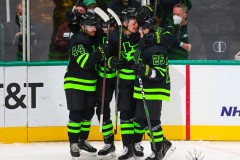 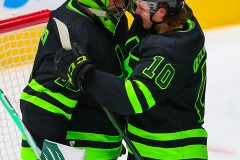 DALLAS — At the very beginning of Saturday’s game, the Dallas Stars caught a glimpse of how the end of Thursday’s game might have played out if it had a few more minutes to complete what would have been a remarkable comeback.

Jason Dickinson and Joe Pavelski scored goals within the first 3:09 of the contest in setting the tone for the Star’s 5-0 whitewashing of the Columbus Blue Jackets in the second of a back-to-back at American Airlines Center. Rookie goalkeeper Jake Oettinger stopped all 21 shots he faced in recording his first career NHL shutout.

Though Dallas lost Thursday night’s encounter against Columbus, almost rallied from a 3-0 third-period deficit when it scored two goals in quick succession and clearly had the momentum for the final 10 minutes of the period. That momentum did not abate two days on, with the Stars playing one of their best all-around games of the season to snap their four-game losing streak.

“Every game we go in there trying to have a good start. I know we don’t get off to great starts, but every game is the same.,” said Stars head coach Rick Bowness. “We do want to get off to a great start, but tonight, as we mentioned this morning, we tried to build on our third period from the last game and we were able to do that.”

Miro Heiskanen added a goal in the second while Roope Hintz and Radek Faksa tallied goals in the third period for the Stars. Dallas excelled in all situations, with Pavelski’s goal coming on the power play and Faksa’s tally coming while shorthanded. Probably the most impressive work done by the Stars came on the defensive end, only allowing six shots in the third period after already holding the Jackets to eight shots on goal in the first and seven in the second.

“We were going to take a win however we could get it right now, but there has been a lot of things we have liked with our five-on-five play over the last little stretch,” Pavelski said. “Certain moments in games have stung us at times, but, yeah, it was good. Guys made some plays and had a good start. That went a long way for tonight and Oettinger was solid. When you win the special teams battle, that helps, and just overall it was a good team win.”

Oettinger earned his third win of the season as the Stars have earned at least a point in six of his seven starts on the campaign. He also became the youngest netminder in Dallas Stars history (1993-present) to win at least three games in a single season. The history-making night was made even more special by the people who were able to make it in person to the sparsely-attended arena.

“It feels great. It’s a dream come true and it is really special,” Oettinger said. “My brother and my sister are here tonight, and I was really happy they were here and able to see that live. The guys just did such a good job in front of me and they have been playing great in front of me the whole year, so I can’t say enough good things about the way we played tonight. Hopefully, it can be the start of a good little run here.”

*Editor’s note: Above the byline is the photo gallery from Saturday night’s game, with all photos taken by Dallas-area photographer Ross James. After clicking on the first photo to enlarge the picture, make sure to press the left and right arrow buttons to scroll through the rest of the pictures. There are 24 pictures in total. 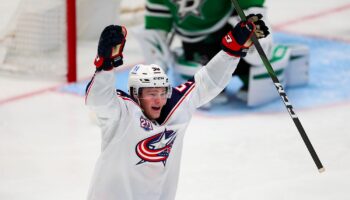 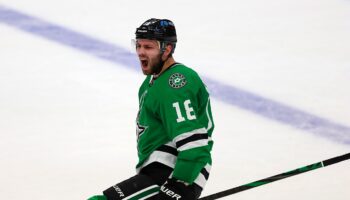 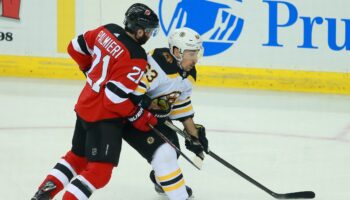