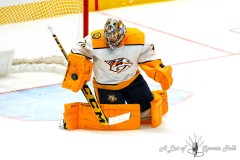 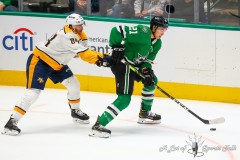 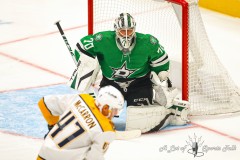 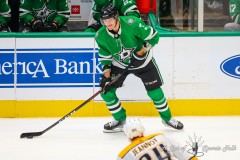 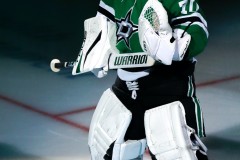 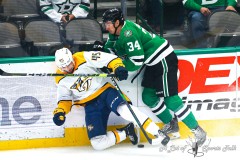 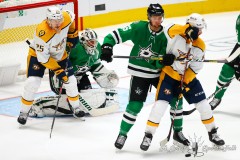 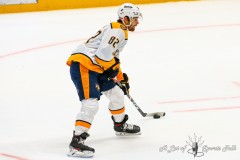 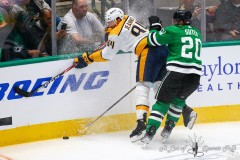 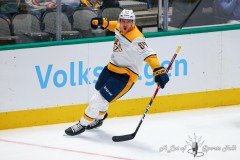 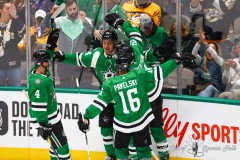 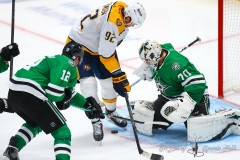 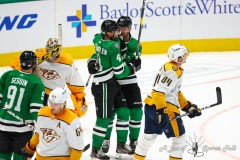 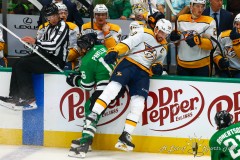 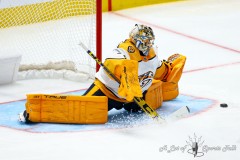 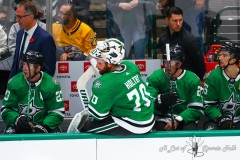 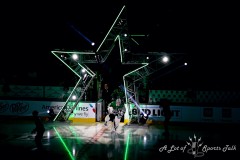 DALLAS — Enough was enough after another home loss, and another loss where a good effort on the ice still resulted in a defeat. After tonight’s defeat, the event that historically turns a season one of two ways occurred in the Dallas Stars locker room: a players-only meeting.

The desired effect of the meeting is to be determined. The play of the Stars in the first month of the season has left a lot to be desired.

Tanner Jeannot scored a goal and and an assist for the Nashville Predators in a 4-2 victory over the Stars, marking Dallas’ third straight loss and sixth defeat in their last seven games. Jusse Saros made 25 saves for the Predators, who are currently 3-1-1- on their current six-game road trip.

In the postgame press conference, Stars head coach Rick Bowness only had a few words for what took place after the game, with the players holding a meeting centering on the team’s struggles.

“I know exactly what’s wrong with this team and we’re going to fix it,” Bowness said. “It was players only. We’ll fix it.”

The trip to the Lone Star State might have been one of the least intimidating stops on Nashville’s trip, with Dallas, after tonight’s game, now losing three of its four home games on the season. Bedeviling the Stars all of this season and in the previous couple of years, they got off to a slow start tonight, only attempting five shots on goal in the first period while the Predators went ahead late in the first period on a Ryan Johansen backhand on an odd-man rush that beat Stars goalkeeper Braden Holtby.

Though the Stars turned up the pressure in the second and outshot the Predators 12-8 in the middle frame, it was Nashville who ballooned its lead to 3-0. Jeannot scored on a backhand that squeezed through the right arm and side of Holtby at 4:51 before Matt Duchene scored at 17:36 to open a three-goal lead.

Dallas got on the board just 15 seconds after Duchene’s goal with a Roope Hintz tally at 17:51, then cut the lead to one after Miro Heiskanen scored down low on the power play at 10:43 of the third period. Colton Sissons scored into an empty net with under a minute left to seal Nashville’s victory.

“I give our guys a lot of credit. I thought we were really focused, and we worked on some things coming out of the Chicago game in practice,” Predators head coach John Hynes said. “I thought that the way that we skated, and I thought that our play without the puck was pretty strong, and we found ways to be able to score. Dallas is a good team, a tough opponent, they had some push, and we got some saves when we needed them. I thought the guys buckled in there late and found a way to win.”

*Editor’s note: Above the byline is the photo gallery from Wednesday night’s game, with all photos taken by Dallas-area photographer Ross James. After clicking on the first photo to enlarge the picture, make sure to press the left and right arrow buttons to scroll through the rest of the pictures. There are 17 pictures in total. 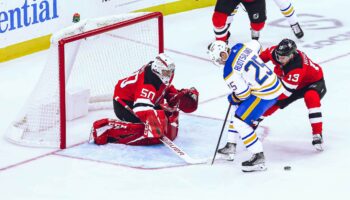 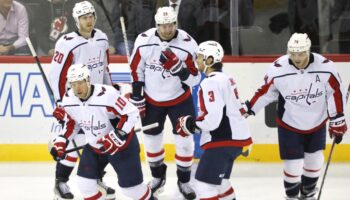 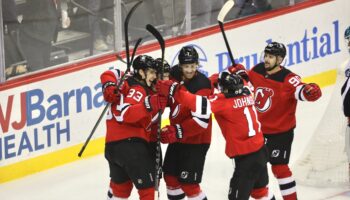