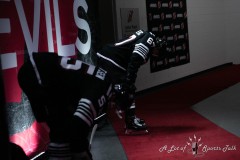 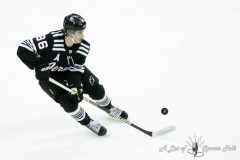 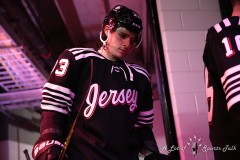 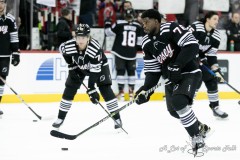 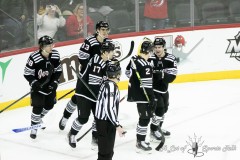 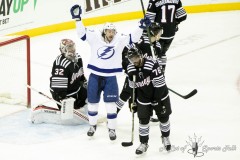 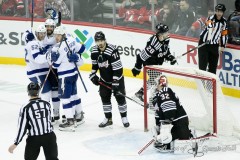 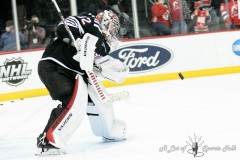 NEWARK, N.J. — Tampa Bay Lightning head coach Jon Cooper resorted to changing things up with his line pairings to get the message across that he was not thrilled with his team during the first half of their game on Tuesday night. The reshuffling became a reawakening of the skills and dominance that has made the Lightning into the two-time defending Stanley Cup Champions, stifling another opponent’s best shot at the league’s standard bearer.

Tampa Bay shook off a sluggish start before scoring five unanswered goals in a 6-3 victory over the New Jersey Devils at the Prudential Center on Tuesday evening. Six different players scored goals for the Lightning, who outscored New Jersey 3-0 in the third period after the teams entered the final frame tied.

Pat Maroon, Steven Stamkos, Alex Killorn, Victor Hedman, Nikita Kucherov, Pierre-Edouard Bellemare all scored for the Lightning, while Corey Perry had two assists, including the primary assist on Hedman’s game-winner at the 7:17 mark of the third.

Andrei Vasilevskiy made 22 saves, including stopping 15 of New Jersey’s final 16 shots in the final two frames, to earn his league-leading 26th win of the season.

“If you want to have a chance to win in this league, you’ve got to keep the opponent to two [goals] or under, so I’d say you’re playing with fire [allowing three],” Cooper said after the game. “It’s a hard league to score in, and we kind of caught fire at end of the second and to start of the third. The boys found a way, and [Vasilevskiy] shut the door after allowing that third one, which was big.”

Cooper decided to jumble his top lines starting in the second period, soon after Jack Hughes’ goal at 1:48 of the period gave the Devils a 3-1 lead. Stamkos moved from center to left wing alongside center Brayden Point and Kucherov while Ondrej Palat was bumped up to the second line, alongside center Ross Colton and Mathieu Joseph. Not only did the Lightning score the game’s next (and final) five goals, that quintet of tallies came in a 14:49 span between the second and third periods, with Stamkos’ goal at 15:32 of the second period starting the comeback.

“When you see your coach change in the lines, it’s maybe a little bit of a wake-up call and sometimes it’s just nice to get some different looks,” said Killorn, who scored the game-tying goal 41 seconds after Stamkos’ goal. “As we saw tonight, we scored pretty quickly once those lines got changed, so it was nice.”

Dawson Mercer and Yegor Sharangovich scored for the Devils in the first period, with former Devil Maroon sandwiching those New Jersey goals and leading to the Devils’ 2-1 lead going into the first intermission. New Jersey goalkeeper Jon Gillies faced only four shots on goal in the first period as New Jersey established the tempo and were much faster in the game’s first 20 minutes. From then on, however, Tampa turned up the energy in part to those line changes, and the Lightning recorded 14 shots on goal in each of the last two periods.

“They’ve won back-to-back Stanley Cup championships and we were going to be a lot better than they were to start the game,” Devils defenseman Damon Severson said. “I don’t know what happened there in the last 20 minutes. We were fully in control, 3-1, and just let it go.”

*Editor’s note: Above the byline is the photo gallery from Tuesday’s game, with all photos taken by ALOST photographer Jenny Rohl. After clicking on the first photo to enlarge the picture, make sure to press the left and right arrow buttons to scroll through the rest of the pictures. There are eight pictures in total.