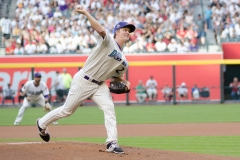 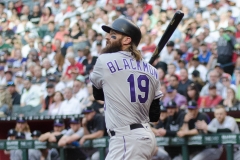 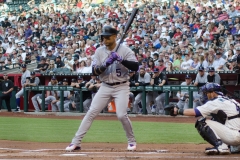 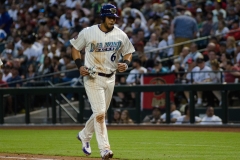 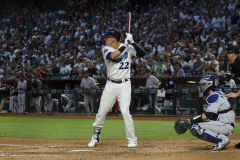 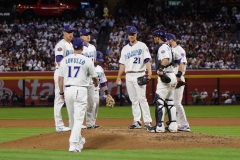 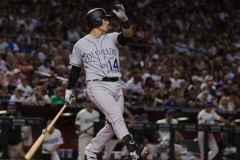 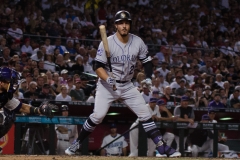 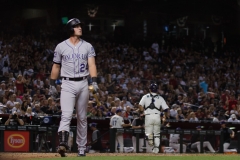 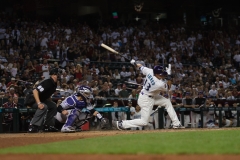 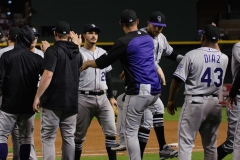 PHOENIX — The future of the two teams that featured in Saturday night’s contest at Chase Field appears to be incandescently bright, with both the Colorado Rockies and Arizona Diamondbacks coming off a playoff appearance – and playing each other in the Wild Card game – in 2017. But before their latest encounter, both teams took a trip down memory lane in one of the most important days in Diamondbacks history.

On Mar. 31, 1998, exactly 20 years to the day, Arizona played its first-ever regular season Major League Baseball game, hosting the Rockies in the same building, then known as BankOne Ballpark. To commemorate the historic day, the ceremonial first pitch was a recreation of the first pitch way back when, as Andy Benes, the starting pitcher in that D-backs’ game in 1998, threw out the first pitch, which was caught by that day’s starter at catcher, Jorge Fabregas. Also, Mike Lansing, the Rockies’ leadoff hitter on that day, also came back to Phoenix on Saturday night and was standing in the batter’s box as the ceremonial first pitch was thrown.

The leadoff hitter for the Rockies 20 years later, Charlie Blackmon, had a huge impact in tonight’s game as the Rockies defeated the Diamondbacks 2-1 to avoid a season-opening sweep at the hands of Arizona. Blackmon, the National League batting champion last season, hit solo home runs in back-to-back at-bats in the sixth and eighth innings to life Colorado from a 1-0 deficit. His first jack came on the first pitch of the sixth inning off of Arizona starter Zack Greinke, who went 5.2 innings and struck out nine while giving up his only run on the home run to Blackmon.

In the eighth inning, Blackmon blasted the second pitch from reliever Fernando Salas into the right field bleachers for the game-winning run. Blackmon has three hits on the season so far, with all of them coming by way of the long ball.

Colorado starter German Marquez went five innings and did not allow an earned run (Arizona scored an unearned run in the fourth inning) while walking four and striking out for. The Rockies’ bullpen was stellar, throwing four innings of scoreless relief while only allowing one hit and striking out three. Two of the new offseason acquisitions for Colorado figured in the decision, as former Cleveland reliever Bryan Shaw picked up the win after working a scoreless seventh inning while former Chicago Cubs closer Wade Davis struck out two in the ninth on the way to picking up his first save in a Colorado uniform.

*Editor’s note: Above the byline is the photo gallery from Saturday’s game, with all photos taken by Arizona-based photographer Sammantha-Maria Herbaugh. After clicking on the first photo to enlarge the picture, make sure to press the left and right arrow buttons to scroll through the rest of the pictures. There are 11 pictures in total.