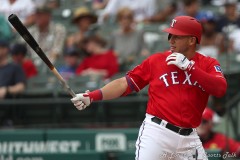 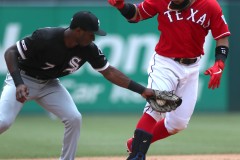 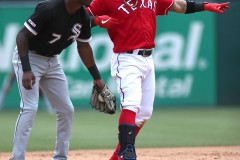 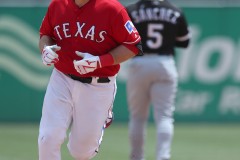 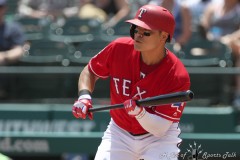 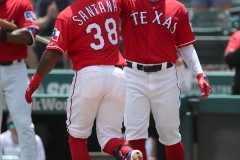 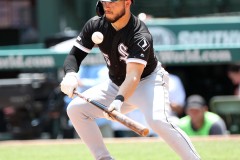 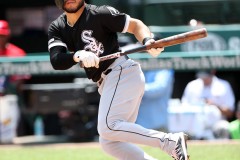 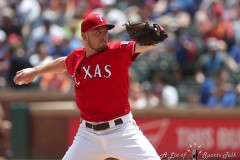 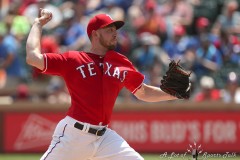 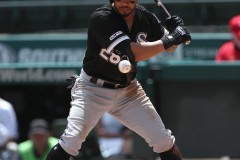 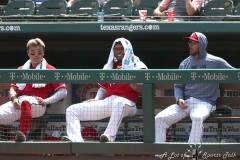 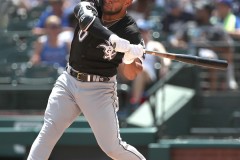 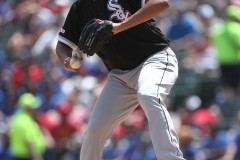 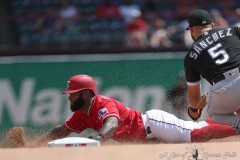 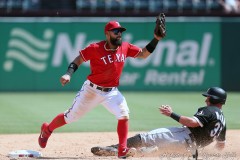 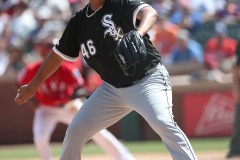 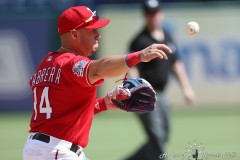 ARLINGTON, Texas — For every jam that he found himself in on Sunday, Texas Rangers starter Adrian Sampson, along with the defense behind him, maneuvered his way out of trouble on almost every occasion, an asset in today’s game and a check mark in Sampson’s favor as the Rangers continue to evaluate his immediate future in the starting rotation.

Sampson gave up seven hits — including four to lead off an inning — but allowed just one run over seven innings as the Rangers defeated the Chicago White Sox 7-4 at Globe Life Park to take the rubber match of the three-game weekend series. Delino DeShields went 3-for-3 with two RBI while Tim Federowicz and Danny Santana both homered during a four-run second inning for Texas.

In his last two starts, Sampson gave up nine earned runs and 13 hits combined — four of those hits being home runs — in just eight innings pitched, and the constant traffic he had to deal with on the base paths on Sunday made it more likely that another rocky start was in the offing. However, Sampson was able to make the right pitches from the stretch while the Rangers turned three double plays behind him to stunt a number of White Sox rallies.

Sampson finished his outing strong, retiring nine of the last 10 Chicago batters he faced, earning his sixth win of the season and, he hopes, more confidence from the coaching staff to keep him as part of the starting rotation for a team with playoff aspirations in 2019.

“My foot’s in the door and I keep trying to get in there. I’ll eventually get the whole body in there at some point,” Sampson said. “But [I’ll] continue having my foot in the door and keep putting pressure on the guys up top and showing that I belong here.”

It helped that Sampson had some breathing room to work with while working out of a number of those perilous situations on Sunday, as Texas jumped on White Sox starter Iván Nova for four runs in the second inning to seize early control. Rougned Odor started the inning with a double and came around to score after a Delino Deshields successful sacrifice bunt and a run-scoring sacrifice fly to left off the bat of Ronald Guzmán.

Backup catcher Tim Federowicz then homered for the second time on the year to double Texas’ lead to 2-0 and, after Shin-Soo Choo reached on an error from first baseman Yonder Alonso, Danny Santana crushed a home run to left-center to once again double the Rangers’ lead, this time to 4-0.

Going into the fifth inning with that 4-0 advantage, Sampson gave up three consecutive hits to begin the inning, the last being an RBI single by Tim Anderson to bring home Chicago’s first run. After a visit to the mound from pitching coach Julio Rangel, Sampson struck out Yolmer Sánchez, induced a pop out on the infield from Ryan Cordell and a line out to first from Leury García to end the threat.

Going into the fifth inning with that 4-0 advantage, Sampson gave up three consecutive hits to begin the inning, the last being an RBI single by Tim Anderson to bring home Chicago’s first run. After a visit to the mound from pitching coach Julio Rangel, Sampson struck out Yolmer Sánchez, induced a pop out on the infield from Ryan Cordell and a line out to first from Leury García to end the threat.

Before his last two starts, Sampson carried a more-than-respectable 3.72 earned run averaged in 67 2/3 innings, and he was able to officially regain that form today after closing his outing with a 1-2-3 seventh inning.

“It resembled a lot of the Sampson we’ve seen a lot of the year, where he’s in command of his pitches, had that slider going,” Rangers manager Chris Woodward said.

The White Sox did make a game of it in the eighth after scoring three runs to cut the deficit to 5-4, with a DeShields’ missed catch error in centerfield off the bat of Eloy Jimenez with the bases loaded and one out scoring two runs and putting the tying and go-ahead runs in scoring position. Reliever Brett Martin was able to strike out Yonder Alonso before closer Shawn Kelley came in to strike out Tim Anderson to strand the tying run at third.

DeShields was able to make up for his error with an RBI single in the bottom of the inning, pairing with Nomar Mazara’s RBI double three batters prior to give the Rangers a 7-4 lead.

Nova took the loss for the Pale Hose after allowing five runs (three earned) and eight hits in six innings while striking out six Rangers hitters.

The win improves the Rangers’ home record to 28-15, tied with the New York Yankees for the most home wins in the American League and second-most in the Majors behind the Los Angeles Dodgers (34).

*Editor’s note: Above the byline is the photo gallery from Sunday’s game, with all photos taken by Dallas-area photographer Ross James. After clicking on the first photo to enlarge the picture, make sure to press the left and right arrow buttons to scroll through the rest of the pictures. There are 18 pictures in total.