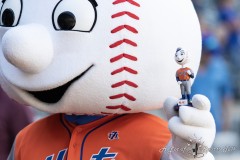 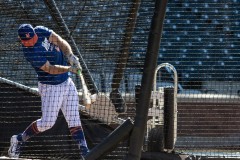 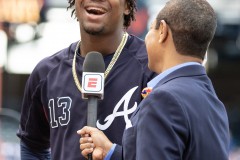 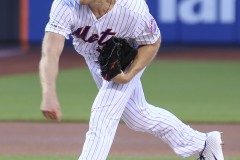 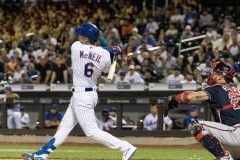 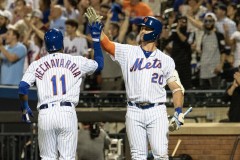 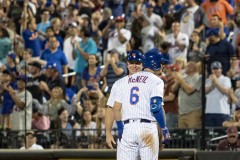 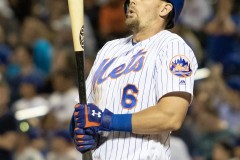 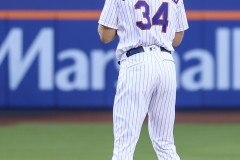 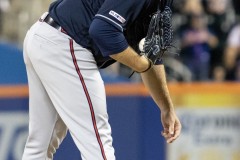 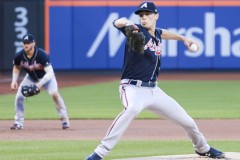 NEW YORK — Just hours after being bestowed the biggest honor in his brief Major League career, utility man Jeff McNeil put on an All-Star performance to give the New York Mets a much-needed victory.

McNeil had three hits, including a go-ahead two-run bloop single to right in the eighth, during the Mets’ come-from-behind 8-5 victory over the Braves at Citi Field on Sunday. Fellow All-Star Pete Alonso followed McNeil’s clutch hit with a two-RBI double for insurance as the Mets snapped a seven-game losing streak.

New York rallied for five runs in the eighth to come back from a 5-3 deficit. McNeil’s 3-for-5 evening, along with leading the comeback win, put his bating average at a league-leading .348, catching the attention of the rest of the game enough to be named a National League All-Star earlier in the day.

Not bad for a player who was drafted in the 12th round (2013) and spent more than five years in the minors before his parent club finally gave him a chance on the big stage just over a year ago.

“Pretty unbelievable day,” said McNeil, who is third in the NL in on-base percentage (.412) and fourth in doubles (23). “This is right up there with when I got called up. To have the day end like that is pretty awesome.”

New York entered the eighth down 5-3 before Todd Frazier started the inning and comeback with his 11th home run. A hit by pitch, a single and a force play put the tying and go-ahead runs on base before Wilson Ramos lined out for the second out. Two batters later, and with the bases loaded, McNeil came through with the big hit off lefty reliever A.J. Minter to put the Mets in front for good.

That hit officially put McNeill .002 points ahead of Dodgers outfielder Cody Bellinger for the batting lead.

“It’s a dream of mine to win a batting title,” McNeil said. “I’ve still got a long way to go. Hopefully, I keep it up and we’ll see where we are at the end of the year.”

Noah Syndergaard came back from the injured list today and gave up three runs on seven hits with three walks and five strikeouts in 5 2/3 innings. Atlanta starter Max Fried, who came in 9-3 on the year, also allowed three runs in his five innings of work while allowing eight hits and striking out six.

Ronald Acuña Jr. hit his 20th homer of the year in the third inning off of Syndergaard, part of a three-hit performance from Atlanta’s leadoff hitter. In the series, Acuña was 7-for-15 with a double and that home run on Sunday.

*Editor’s note: Above the byline is the photo gallery from Sunday evening’s game, with all photos taken by ALOST photographer Arturo Holmes. After clicking on the first photo to enlarge the picture, make sure to press the left and right arrow buttons to scroll through the rest of the pictures. There are 11 pictures in total.