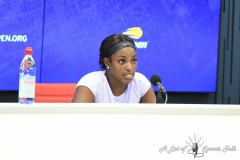 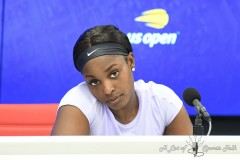 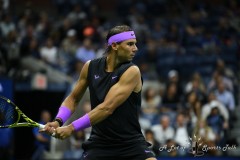 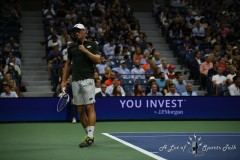 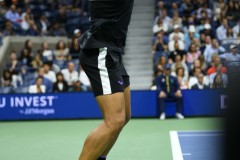 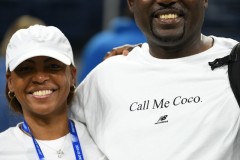 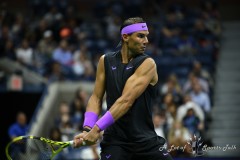 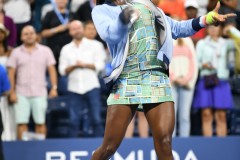 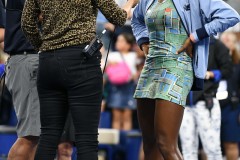 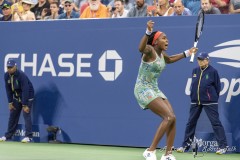 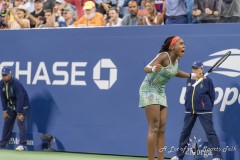 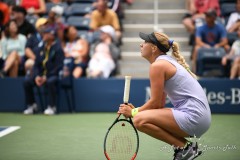 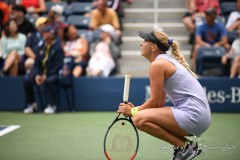 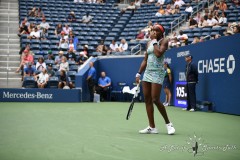 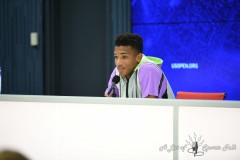 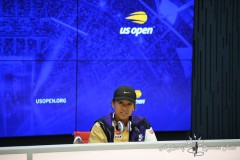 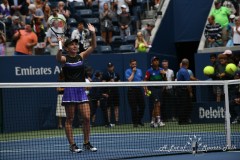 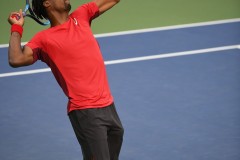 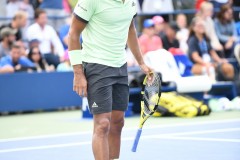 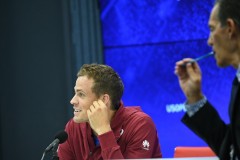 NEW YORK — It is all but certain that the surprising run to the second week at Wimbledon for American Coco Gauff earlier in the summer was an appetizer to what lies in store to her Grand Slam-winning promise. After Monday evening at the 2019 US Open however, the burning question now becomes whether Gauff could push the timeline up even faster and make another deep run in her next-to-last slam while a 15-year old.

Playing in front of a raucous and partisan crowd at Louis Armstrong Stadium, the US Open’s second-biggest stage, Gauff once again notched another win under the crucible of Grand Slam tennis, defeating another promising youngster, 18-year-old Russian Anastasia Potapova, 3-6, 6-2, 6-4, to advance to the second round in her first professional appearance at her “home” slam.

The hype surrounding Gauff’s US Open pro singles debut was such that the media relations department requested all media members to sign up on a list to be seated at Armstrong before being granted entry — an action usually taken for the men’s and women’s singles finals. Though Gauff was over 1,200 miles away from her home, the Delray Beach, Fla. native clearly benefitted from almost every spectator inside of Armstrong Stadium — from ticket-possessing fans to US Open staff ushers — cheering and wincing alongside her wit every point.

“Honestly, [this win] is because of the crowd. You guys are amazing!,” Gauff said immediately after the match, one which lasted a shade over two hours.

Gauff needed that support off the jump, especially when she lost the first three games of the match and all of the air inside the stadium was sucked out. Gauff was able to win three games before losing the first set 3-6, but her improved play carried over into the second set where she won handily, 6-2.

It looked as if Gauff would take the match in a runaway, building a 4-1 lead in the final set before Potapova, after receiving a medical timeout for treatment on her right arm, won the next three games to level at 4-4. Gauff, in a similar fashion to a couple of her match wins in Wimbledon, quickly regained her poise after losing momentum to close out the final two games, breaking Potapova to earn the win.

While a potential future champion will see another day, a recent former champion bit the dust on the women’s side. No. 11 Sloane Stephens, the 2017 winner of the US Open, was shockingly defeated by Russian qualifier Anna Kalinskaya 3-6, 4-6, in the final match at Arthur Ashe Stadium on Tuesday night. A lot was made of the recent reunion of Stephens and her coach Kamau Murray, who was in her box for her 2017 breakthrough and 2018 appearance in the French Open final until suspending their relationship late last year. The result continues an up-and-down season for Stephens, who normally saves her best tennis for the Grand Slam stage.

*Editor’s note: Above the byline is the photo gallery from Tuesday’s Day 2 action, with all photos taken by contributing photographer Margot Jordan. After clicking on the first photo to enlarge the picture, make sure to press the left and right arrow buttons to scroll through the rest of the pictures. There are currently 21 pictures in total.