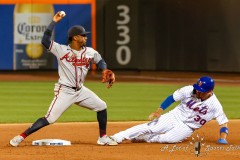 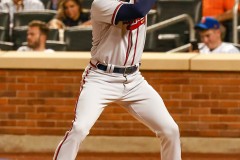 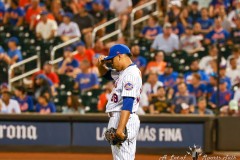 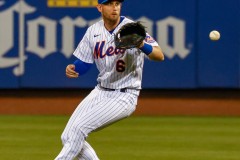 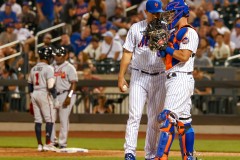 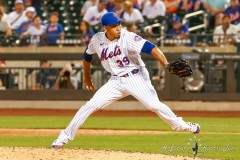 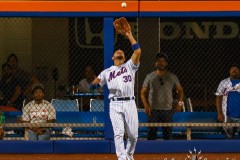 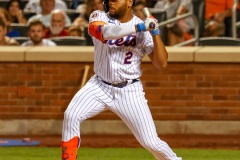 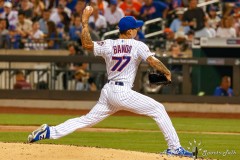 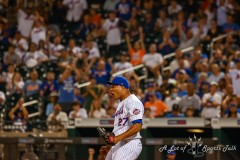 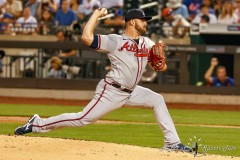 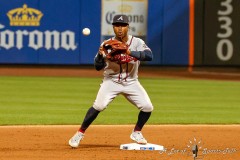 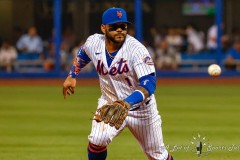 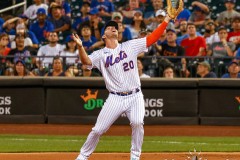 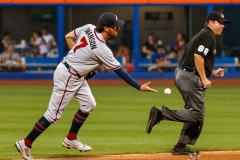 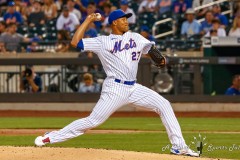 NEW YORK — Taking advantage of their rare opportunities to take center stage in the postgame press conference Zoom room, New York Mets relievers Aaron Loup and Anthony Banda brought a couple of beer cans into the room while speaking to the media about their performances on the mound in tonight’s doubleheader nightcap. Given the zeroes it put up all game, the Mets’ bullpen deserved to crack open a couple of cold ones afterward.

Loup pitched a scoreless inning as the opener, Banda put up two scoreless innings during his outing and, combined, the Mets used six pitchers to complete a 1-0 shutout of Atlanta in the second game of a doubleheader at Citi Field on Monday night. Closer Edwin Díaz put a bow on the flawless effort by New York’s bullpen by striking out the side in the seventh and final frame.

New York’s chances of earning at least one victory today seemed to be better in Game 1 with Marcus Stroman on the mound, but Atlanta was able to scratch a couple of runs off of him early on its way to a 2-0 victory and leaving the Mets’ hope for a split to the bullpen game planned for Game 2. But whether it be the most dominant pitcher in the game, Jacob deGrom, or a veteran reliever making just his second start in 442 career Major League appearances, pitchers become nigh invincible when wearing a Mets uniform and taking the mound at Citi Field in 2021 as evidenced by the team’s league-leading 2.59 ERA at home coming into today.

“It’s a big win especially after losing the first one,” said Loup, whose drink of choice was Busch. “Knowing we didn’t have a starter, we knew it was a collective effort to shut down a really good team.”

After Loup’s 1-2-3 first inning, Jeurys Familia worked out of a first-and-second-with-no-out situation — helped when Pete Alonso lost a pop up in the lights off the bat of Austin Riley — to work a scoreless second before Banda came in and struck out three in his two innings of work.

“We got huge outs in big situations, and it’s a big round of applause for everybody,” said Banda, whose beverage was Miller Lite.

The biggest round of applause would probably be saved for Seth Lugo, who allowed a single and a walk begin the sixth inning and in front of reigning National League MVP Freddie Freeman, but gout out of the jam after getting Freeman to fly out and Austin Riley to ground into a double play to end the threat.

“This is what you need at this time of the season. Guys are going to throw back-to-back days, three days in a a row,” Mets manager Luis Rojas said. “Sometimes, that can expose you. Loup setting the tone, Familia was lights out, Banda throwing the two innings, then May, Lugo and Diaz. Even though Lugo was in trouble, he has the repertoire to get out of it. [We] scored one run in two games and we won one. Fundamentals executed.”

*Editor’s note: Above the byline is the photo gallery from Monday evening’s second game, and after clicking on the first photo to enlarge the picture, make sure to press the left and right arrow buttons to scroll through the rest of the pictures. There are XX pictures in total.